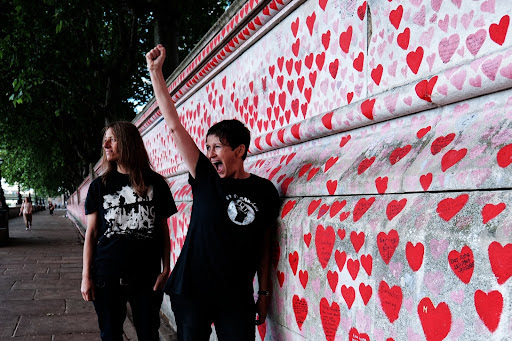 “Perfect songs, emotive lyrics, unforgettable choruses, excellent production, a feeling that the band has contributed blood, sweat and tears to every note.” – Louder Than War

“Anger masterclass recalling PJ Harvey’s Rid of Me and the harshness and austerity of Savages.” – Q Magazine

Crammed with fuzzy riffs and a clamorous punk energy, the duo’s latest single is a searing state-of-the-nation address and a biting critique of those in power. With a pummeling bassline delivered by none-other than Deb Googe of My Bloody Valentine, “Bring Down The Government” fuses frenzied outbursts of feedback-drenched guitars to percussions that twitch and tick like time running out.

Of the message behind the scorching new cut, Deux Furieuses explain:

“‘Bring Down The Government’ started life as a paranoid riff jam with us jumping on a fuzz box and behind the kit in Vas’s attic to make some noise around the first lockdown. It soon became a musical grenade aimed at the dark heart of Boris Johnson’s Conservative Government which we both felt to be disastrous for the country in its handling of the Covid pandemic. The care home tragedy was a scandal that affected us personally.”

With its lyrics just as timely now as they were in the midst of the Covid lockdowns, Ros Cairney’s highly charged vocal rises-up like a rallying cry for the masses as the band make a stand against the Government’s catastrophic handling of the pandemic.

“The PPE nightmare, public health disinformation, lucrative profiteering and partying at Downing Street were symptomatic of Tory self-interest and a dumbed-down political discourse” the band add. ‘Benighted criminals all on the make’ sums them up for us!”

Recorded in October 2021 as part of a two week residential album session at Grange Farm Studio, the track also sees the duo in the production chair for the first time. Further assistance came from Isi Clarke and Mark Freegard (The Breeders) on mixing duties.

Out Today, “Bring Down The Government” will also feature on Deux Furieuses’ eagerly awaited third full length album, which is confirmed for release later this year via Xtra Mile Recordings.

Deux Furieuses are Scottish vocalist and guitarist Ros Cairney and Greek/London-based drummer Vas Antoniadou. The agitated punk duo formed in London in 2013 with a mission to shine a light on the sickening inequalities they saw in the world around them through their music. Raised on a fiery blend of Irish and Greek music, ‘80s post-punk and ‘90s alt-rock, the pair bonded over their love for early PJ Harvey and Kate Bush, and found in each other a rebel soul mate to reckon with.

The two-piece released their debut album ‘Tracks of Wire’ in 2016 to acclaim from Louder Than War, Q Magazine and Radio X’s John Kennedy, whose enthusiasm caught the attention of Frank Turner.

With their passionate live performances leaving audiences energised and rooms buzzing, deux furieuses were honoured to be invited to open for Frank Turner at London’s Roundhouse in 2017. In 2019 the band then signed to Xtra Mile Recordings for the release of their second album ‘My War Is Your War’, produced by Rob Ellis (PJ Harvey) and mixed by Mark Freegard (The Breeders).

Currently members of Brix Smith (The Fall)’s band, with Ros and Vas playing guitar and drums respectively, the pair will be touring as part of an all-female band. With a summer of shows ahead, they will be supporting PiL throughout June, alongside festival appearances at Kendal Calling and Loud Women Festival. Further headline and support shows will be announced in due course later this year. Full dates and details below. 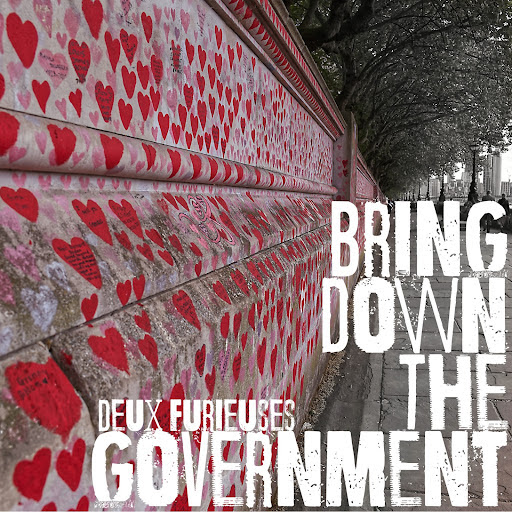