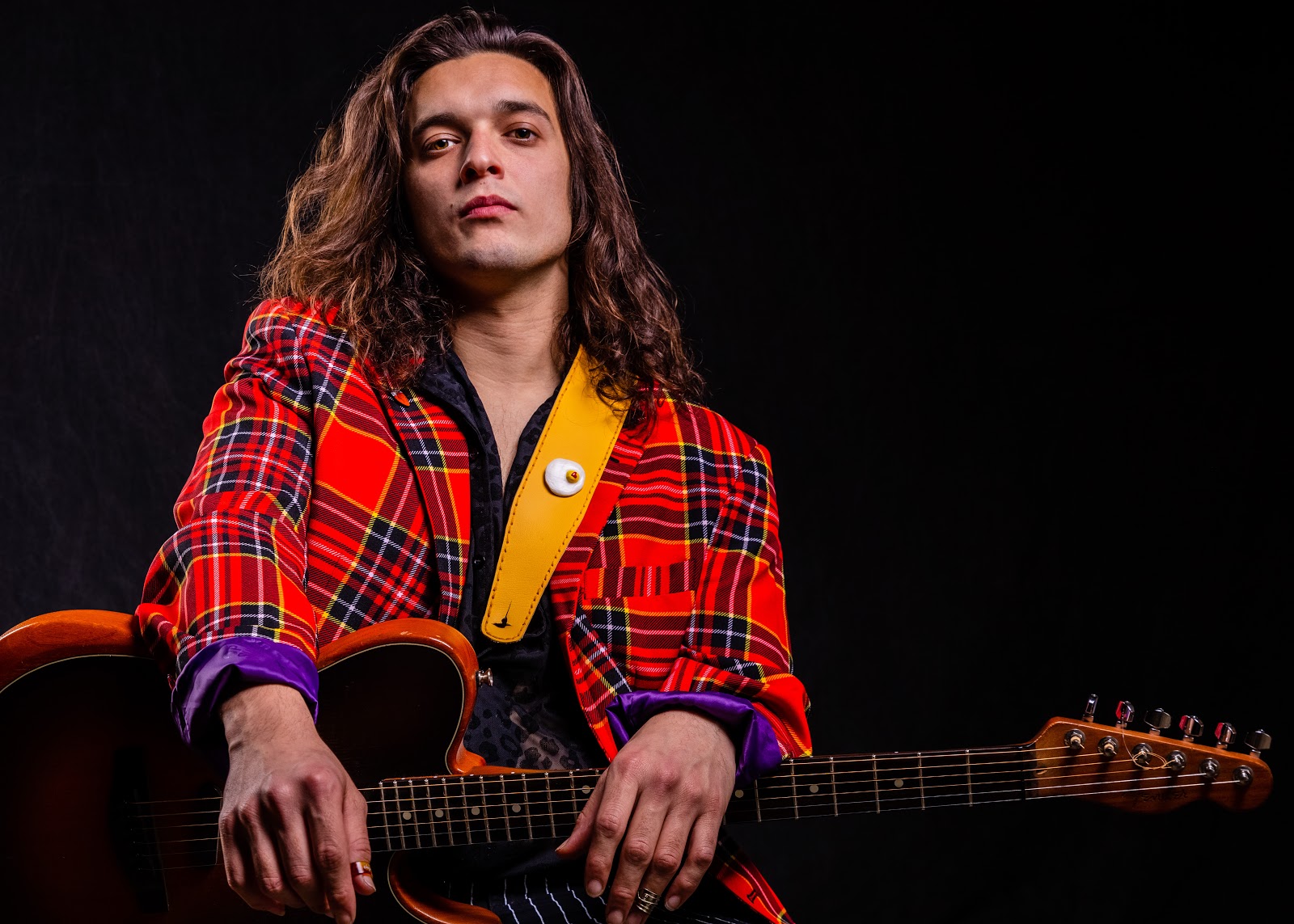 OUT NOW ON ALL DIGITAL PLATFORMS

“It’s a breakup song with a lover, but also yourself,” Derek mused. “Things that can seem so clear at first can actually be obscure.” Day describes the track as “metamorphic” and while the song kicks off with a bright, full sound with yearning lyrics, it never settles into the simple repeating chorus structure one might expect. Instead, it embraces a baroque, emotive shape that continues to build as it goes, ending up closer in scope to that of Queen who Derek is a lifelong fan of.

It’s an eclectic yet heartfelt ballad from the young artist who Premier Guitar describes as “ambitious, hot-wired, and frying the fretboard,” possessing “guitar work with fangs, slightly overdriven and snarling…with metal-esque vocals that could kill.”

In pursuing the right sound for this concept, Day and his team pulled a number of disparate elements together: a microphone favoured by Frank Sinatra; a Fender Jazzmaster, the signature dreamy quality of which is all over The Cure’s biggest hits; a Baldwin piano; and a high-strung Nashville-tuned guitar delivering a rich, shimmering sound. It’s as if he has deconstructed and gene-spliced together elements of various romantic sounds from the modern music canon, producing something that feels at once familiar and novel. It’s experimentation, but the sort that comes from a deep technical knowledge and curiosity of the musical arts and science.

The track was the organic product of a road trip and a harmonica, hammered out in solitude in stream-of-consciousness bursts that account for its free-form structure. It’s a product of our strange times. Amid the maelstrom of stress and anxiety swirling about in a pandemic-era world, Day says he’s found himself wanting to “keep things quick and real” in his work, especially in the studio. “Life’s too short. I want to be more agile.”

This improvisational and collaborative spirit extends to the track’s music video. Directed by Vicente Cordero of Industrialism Films, who Day credits as “a great visual artist we were dying to have”. Cordero’s original pitch centred upon a painter whose every line on the canvas further animates the band. That idea evolved as artists, Laura May Abron and Jimmy Ovadia, were brought on board. In the video, they work opposite each other as they bring the song to life in a bold, polychromatic palette designed by stylist Oda Spross. “These two painters experience all these emotions, but facing away from each other,” Day elaborates, “Vicente’s constructed a beautiful expression of broken love.”

Meanwhile, ‘the kid with the energy’ continues to write and explore new sounds, experimenting with new instruments, and mainlining archival interviews with talents who influence him. He’s digging ever deeper into his creative well, “You’ve just got to be stupid brutal,” he says. ‘Really surprise yourself with your honesty, and then you get the best song.”

Derek Day’s signature sound is driven by a wide variety of influences, including classic rock ‘n’ roll, R&B, soul, funk, and pop. A guitar virtuoso who marries licky riffs with manic vocalizations has been welcomed onstage by the likes of Steve Vai, Moby, Ted Nugent, and Slash. Day has plenty to offer hardcore music insiders and casual listeners alike. This unpredictability forms the backbone of a rich and growing sound catalogue.

Vernon Reid of Living Colour says that his young collaborator on previous single ‘Click On Me’ (over 20K YouTube views and over 35K Spotify streams at time of writing) “plays what’s in his heart. There’s a bit of Jeff Buckley in his voice, a bit of Freddie Mercury.”

“He is the real deal. Incredible voice, fantastic guitar player. I saw him play live in LA last year and was blown away.” 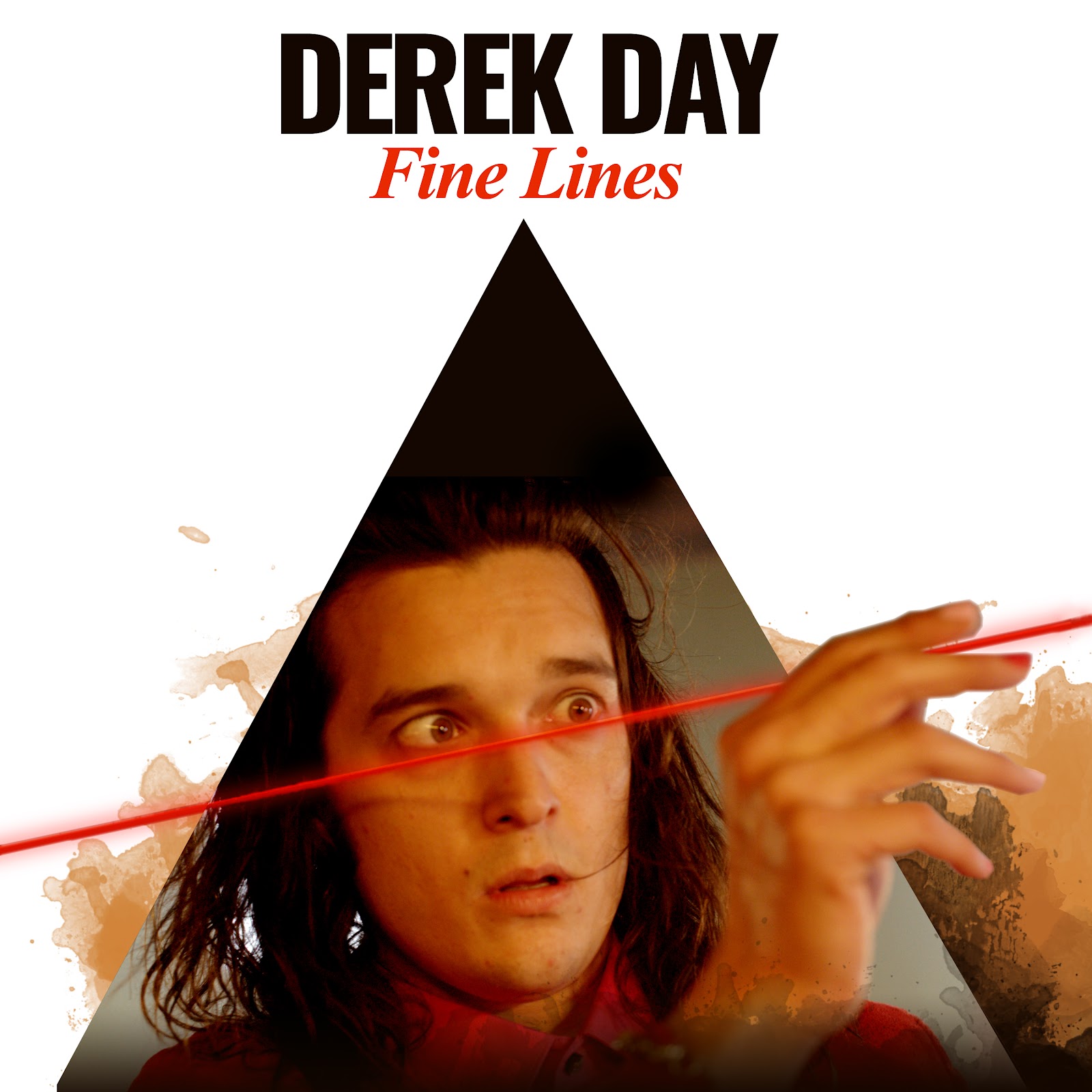