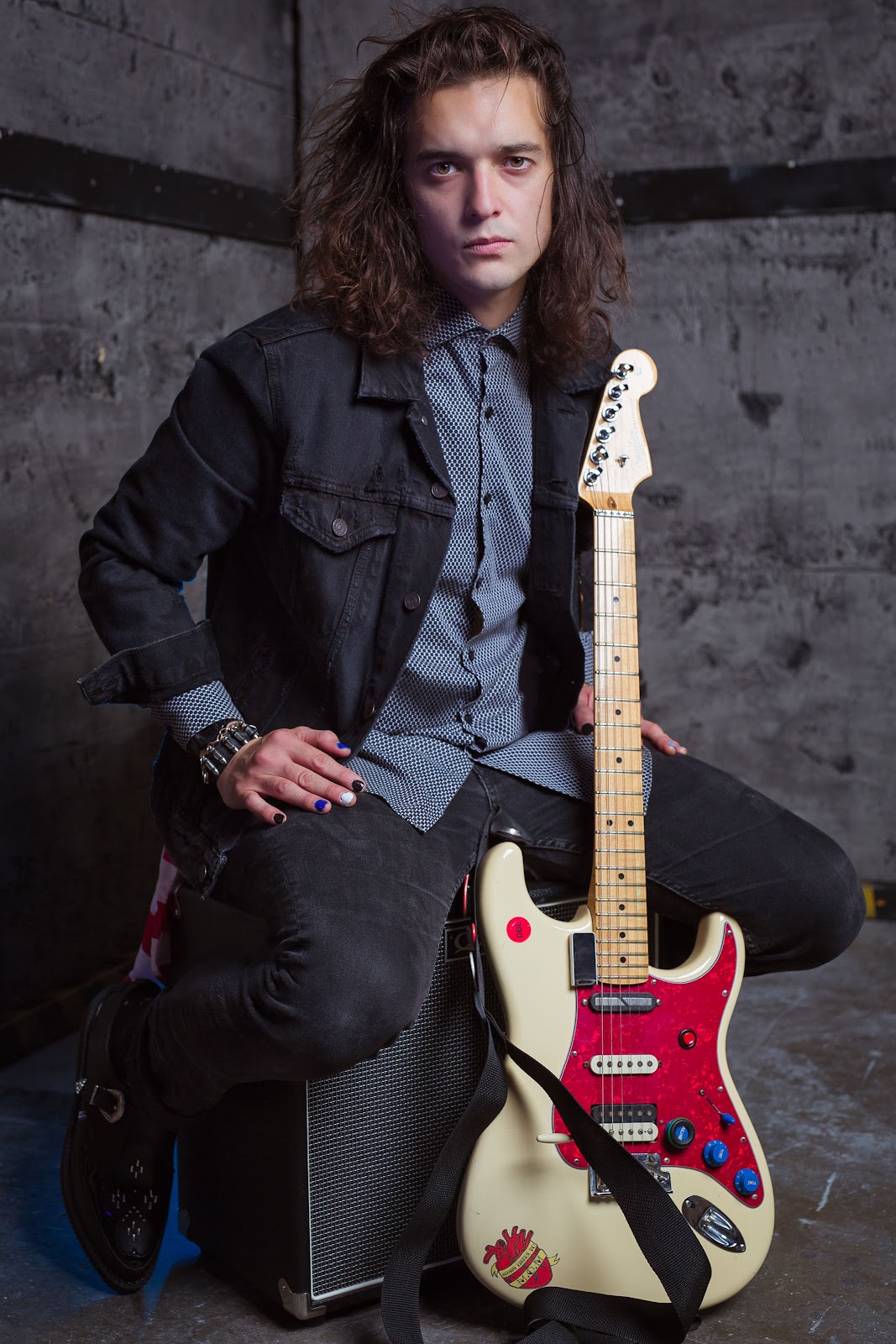 Los Angeles, California, The City of Angels…cross-genre rock ‘n’ roller Derek Day is emerging from the creative cauldron of quarantine with a timely, provocative new single, “Click On Me”. He’s joined by venerable Living Colour guitarist Vernon Reid, whose eclectic career blending everything from punk to funk is a natural complement to Day’s own encompassing influences. The single and accompanying 3D animated music video, make their global debut September 17.

Day’s lyrics are a thoughtful meditation on themes of loneliness, desire, and artifice in how people present themselves in the crafting of their online identities. “It’s a song of longing,” the artist says. “In this day and age, everyone is so hungry for connection…We show this life that we want to be perceived as living—‘Hey, we’re at the beach, I’m living this great life’—but really, behind it, we’re not really feeling that, and we’re wasting the moment.”

Reid, who co-wrote, produced, and arranged the track, explains that “it’s a song that’s on the pulse of the obsessions, distractions, desires, distortions, and connections that define modern life in our present fractured moment.”

The track is the result of a collaborative process between Day and Reid which began as 2018 dawned. “I took a plane out on New Year’s Day, three in the morning.” Day recalls “I went to his house every day at 7am and just tried to write some music. He told me to look up people like Kudisan Kai, Warren Cuccurullo, Elliot Easton…these listening sessions put us in a certain place to be like, ‘Alright, let’s make a rockin’ song’ Something kind of old-school, but also modern.”

The unique circumstances of the COVID-19 pandemic have also factored into the timeliness of “Click On Me” with people now spending more time than ever communicating with one another from behind the digital veil. In particular, it affected the production of the track’s music video and the decision to largely animate it in lieu of having cast and crew sharing space on a physical set. Director/editor and visual effects artist Jeremy Ian Thomas (Valerian and the City of a Thousand Planets) is “going through hell making it happen!” Day jokes.

“I was immediately intrigued by the concept,” Thomas says, “The idea that in a world of hyper-connectivity our access to technology was creating a disconnect. This brought up a lot of philosophical quandaries around what it means to be human. Once I got an opportunity to speak with Derek and hear his heart, I knew I wanted to be involved.”

In a final bit of thematic synchronicity, the release will be celebrated with a socially distanced virtual live show streaming on Facebook Live which will be announced via social media in an apt twist.

Derek Day’s signature sound is driven by a wide variety of influences, including classic rock ‘n’ roll, R&B, soul, funk, and pop. A guitar virtuoso who marries licky riffs with manic vocalisations, Day has plenty to offer hardcore music insiders and casual listeners alike. At only 24, his star is on the rise. His 2018 neo-rock single “Social Kitten” kicked off a tour in Sweden and England, where he played the politically charged Byline Festival, headlined by Pussy Riot. Day has been welcomed onstage by the likes of Steve Vai, Moby, Ted Nugent, and Slash. As a first-generation American who started out as a self- taught street performer in Santa Monica, his hybrid style resulted from experimentation that continues to this day in his collaboration with Vernon Reid, and this unpredictability forms the backbone of a rich and growing sound catalog. In addition to his solo efforts, Day can be heard fronting the band Classless Act to rave reviews. The well renowned USA radio persona Eddie Trunk has called Day a “talented kid, very impressive and a promising, great player.” Don’t scroll past Derek Day, he’s worth more than an all to quick forgotten about click…