DENNIS DeYOUNG : ‘With All Due Respect’ – video for song from new album by former Styx singer out now

DENNIS DeYOUNG
WITH ALL DUE RESPECT

“Breathtaking in both scope and sound. DeYoung remains a master of his art”
CLASSIC ROCK

“DeYoung sounds freshly minted still, his voice a clearly struck bell. It’s hard not to stand back and admire”
PROG

Former Styx singer Dennis DeYoung released a new solo album, ’26 East, Vol. 1’, via Frontiers Music Srl in late May. A video for one if its songs, ‘With All Due Respect’, is available now, with DeYoung stating of the track: “In 1979 I wrote the following lyric in a Styx song called ‘Borrowed Time’: “I’m so confused by the things I read, I need the truth but the truth is I don’t know who to believe. The left says yes and the right say no, I’m in between and the more I learn the less that I know. We’re living High, Living fine, Living high on borrowed time.”

He continues: “These lyrics were true in 1979 and more so today. The news establishment has given into partisanship reporting masquerading as truth in a quest for more listeners, readers and viewers. They exacerbate our political differences into grand theatre, making us believe we are more divided than we are, and for one reason – money. Money from advertisers. Higher ratings no matter the cost. Both sides are to blame.”

26 East was the address where DeYoung grew up on the far south side of Chicago and where Styx was formed in his basement in 1962. Across the street lived the Panozzo twins, John and Chuck, who along with DeYoung would go on to form the nucleus of the band. The cover artwork features three train locomotives travelling through space, representing the original members leaving Chicago on their journey to the stars.

A previous video from the new album for the song ‘To The Good Old Days’ (a duet with Julian Lennon) features imagery spanning DeYoung’s life and career, giving a rare look into his personal archives, his fifty year marriage and his extended family. A touching, heartfelt piece, it speaks to the memories we all hold dear and can be seen here: youtu.be/e2ayQyPF-18 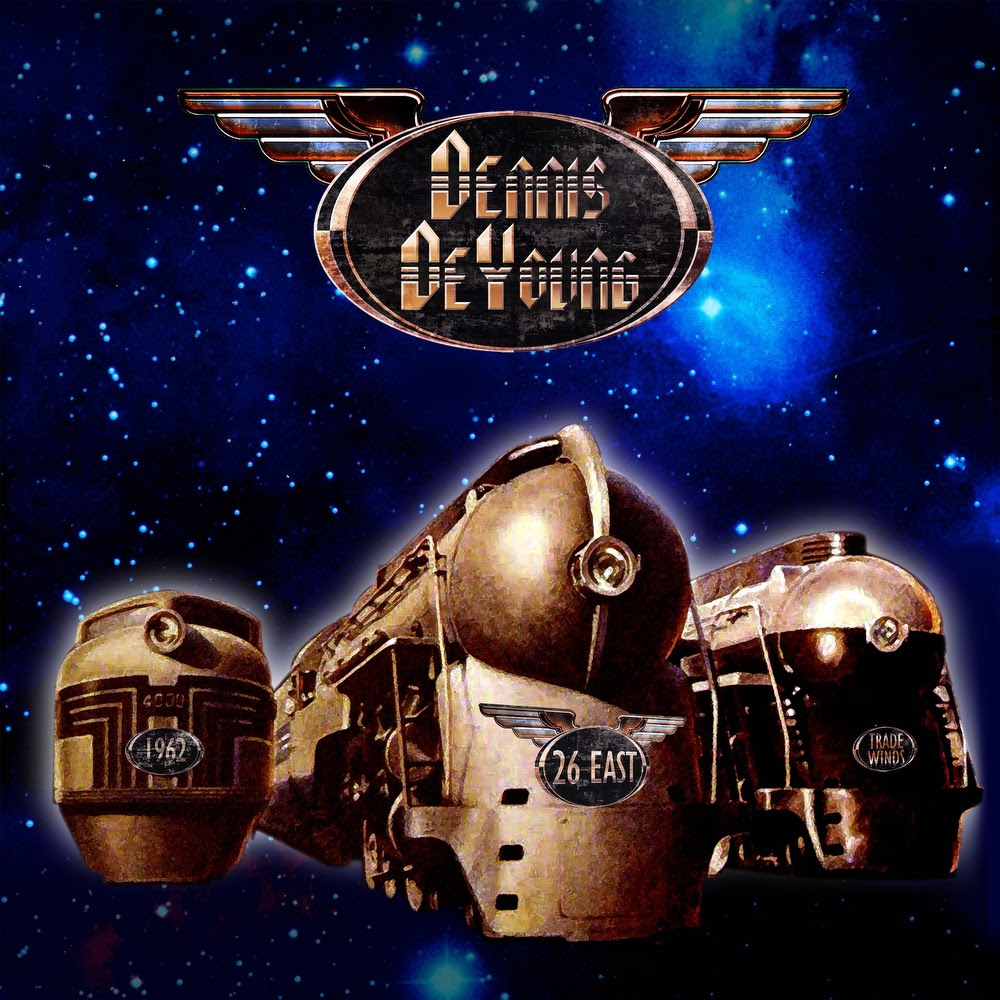