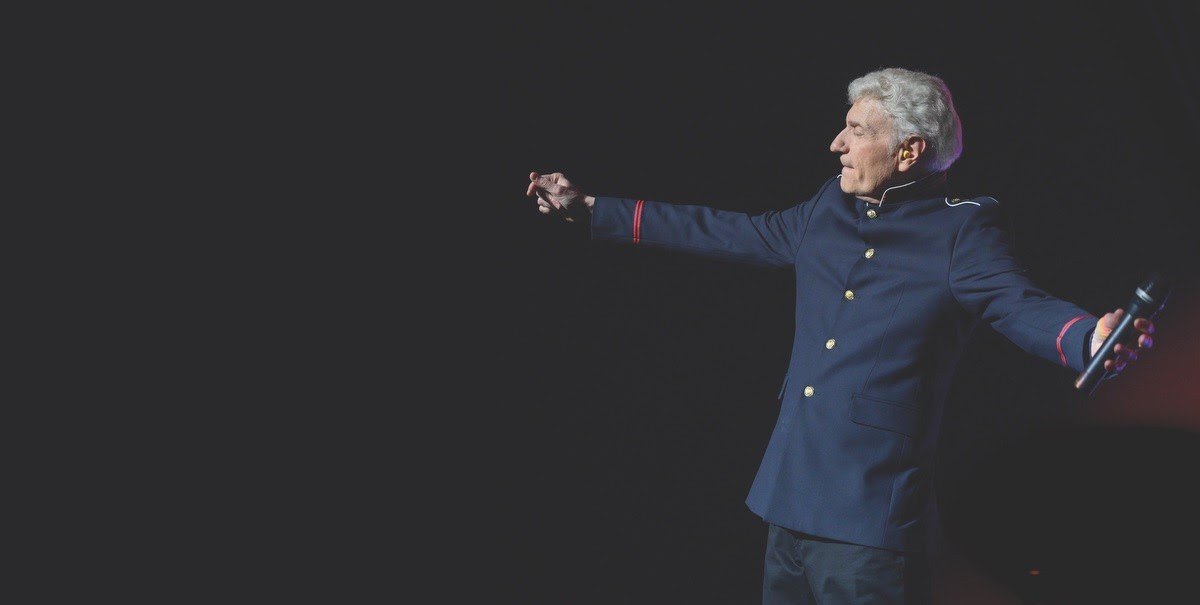 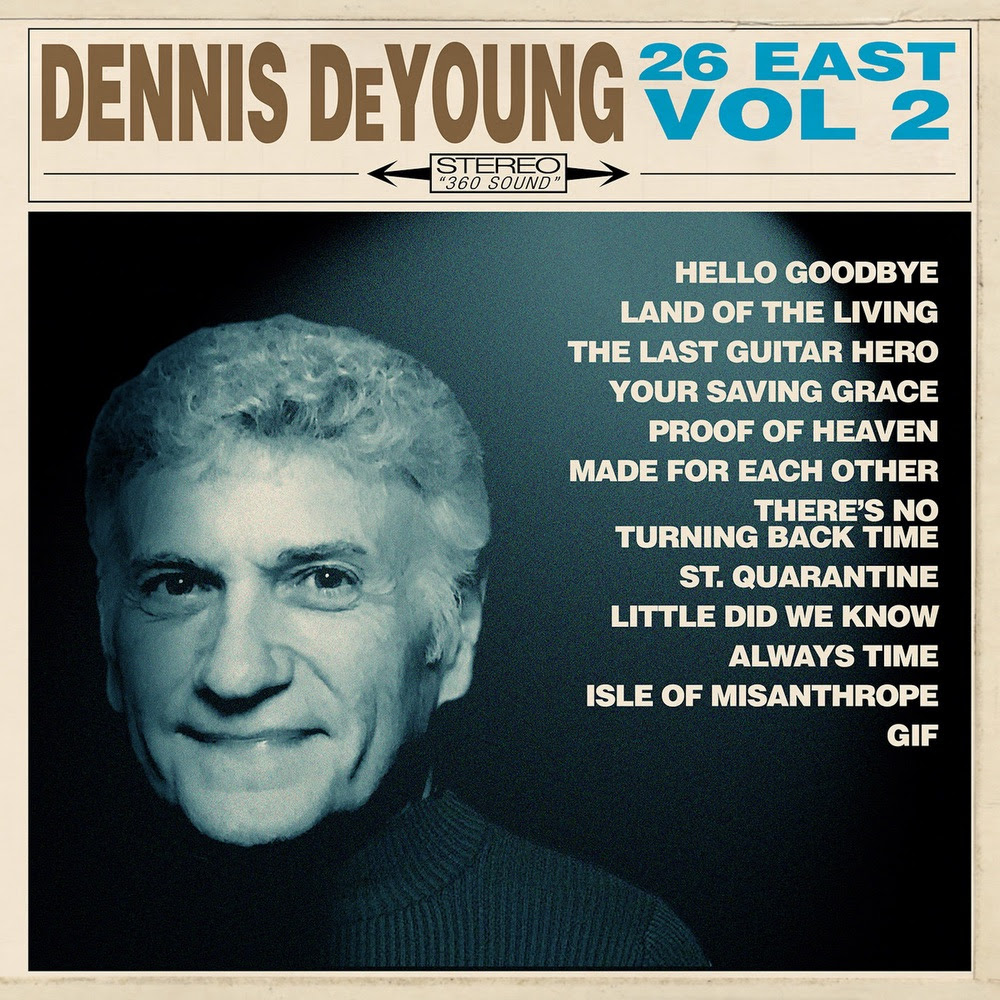 The legendary vocalist and musician Dennis DeYoung has announced the release of his final studio album, ’26 East, Vol 2′. A fond farewell to recorded music by the former Styx founder member, it follows the spring 2020 release of Vol 1. As with its acclaimed predecessor, ’26 East, Vol 2′ once again hints strongly at DeYoung’s rock roots with Styx. The production and musicianship are simply epic, while his timeless vocal arrangements are delivered in spades. It is a fitting goodbye and a final signature on an outstanding body of work that will surely stand the test of time.

UK REVIEWS OF 26 EAST, Vol 1
“Breathtaking in both scope and sound. DeYoung remains a master of his art” CLASSIC ROCK
“DeYoung sounds freshly minted still, his voice a clearly struck bell. It’s hard not to stand back and admire”
PROG
“Tempered with some nice Styx 70’s prog moments and lovely heartfelt belief. Worth the wait? Oh yes”
POWERPLAY
“’26 East, Vol 1’ is an absolute necessity”
FIREWORKS

Picking up where Vol 1 left off, the breadth of this final album is illustrated on songs like ‘The Last Guitar Hero’, with assistance from Tom Morello (Rage Against The Machine, Audioslave and the Houdini of guitarists), to two signature DeYoung ballads, ‘Your Saving Grace’ and ‘Made For Each Other’, to the pièce de résistance (and the record’s first single) ‘Isle of Misanthrope’, an eight-minute masterpiece with a surprise finish.

“When people ask “What is ‘Isle of Misanthrope’ about?”, I reply “About eight minutes,” quips DeYoung. “Not to be too cute, but the lyrics are a riddle wrapped in a mystery inside an enigma. Wait, that was Winston Churchill’s statement about the Soviet Union. Sorry. ‘Misanthrope’, metaphorically speaking (ooooh look, big words) is a commentary on the contemporary state of mankind under the guise of ancient times. The more things change the more they remain the same. Also, ‘Isle of Misanthrope’ is my musical journey back to the days of Styx’s ‘Equinox’ and ‘Suite Madame Blue’, as I attempt to explain the exasperating and confounding nature of mankind through metaphor. It’s got a good beat, but won’t be a hit at the disco,” he explains in his usual witty manner.

DeYoung has previously stated that ’26 East’ will mark his retirement from the world of recorded music. It was thanks to Frontiers boss Serafino Perugino that, given the abundance of material, DeYoung agreed to split the album into two volumes, with this second half once again seeing DeYoung collaborate with fellow Chicagoan and Grammy Award winning songwriter Jim Peterik. The process that had brought about these two albums in the first place had started when Peterik, DeYoung’s friend and neighbour, sent him a song that he thought would suit Dennis perfectly. That song became the catalyst for ten further collaborations between the pair, of which four appear on this final release.

“My musical goals for this album were the same as they have always been and that was to write the best songs possible and make great sounding records out of them. By now, Styx fans know pretty much what they can expect and I hope they will be pleased. I am,” concludes DeYoung.

26 East was the address where DeYoung grew up on the far south side of Chicago. Across the street lived the Panozzo twins, John and Chuck, who, along with Dennis, would go on to form the nucleus of Styx in DeYoung’s basement in 1962. 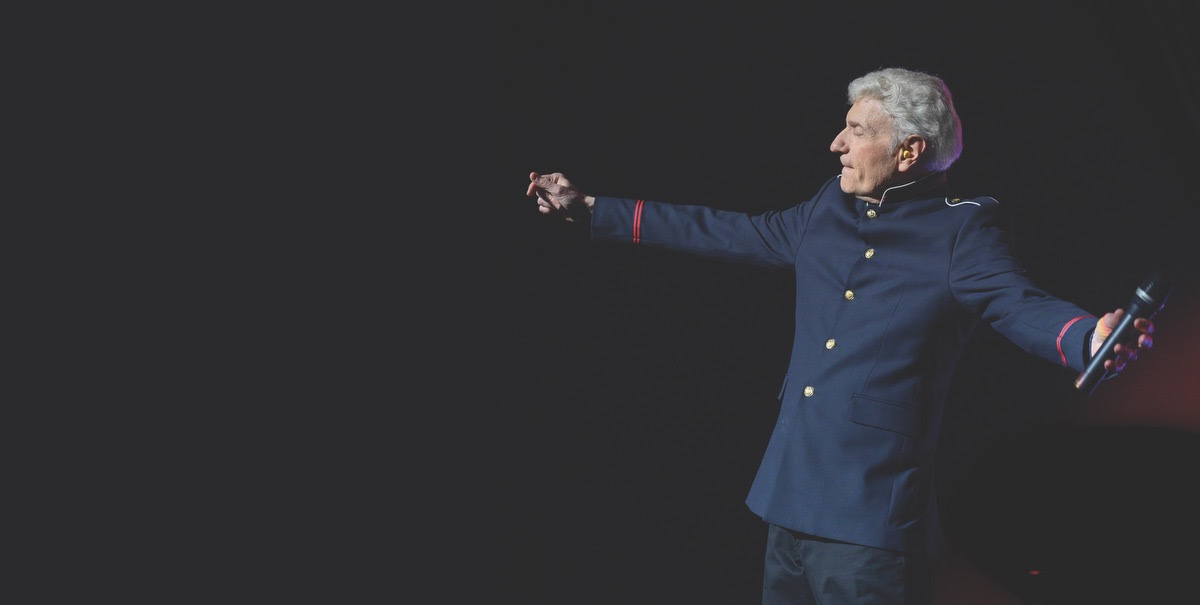