DELILAH BON has released the video for her new single, SCHOOL.

DELILAH BON has released the video for her new single, SCHOOL. Taken from the debut album due to be released in Spring 2021, the single is the sixth release in just five months from Delilah, the alter-ego of LAUREN TATE from HANDS OFF GRETEL. The video was premiered on release day on Delilah’s YouTube channel, and was followed by an Instagram live with fans to celebrate the release.
Watch the SCHOOL video here: https://youtu.be/44v64eJVoNY
Spotify link: http://spoti.fi/39bWeNC
‘All those years sitting on my own at school / And they want to sit with me, now I’m cool’.
“I wrote this song about my lonely days at school. Eating dinner alone, hiding in the school toilets, dealing with bullies, and battling with teachers who constantly discouraged my dreams of becoming a famous singer someday. This song is about realising my dreams, and all those who bullied and ridiculed me wanting to come back into my life.”
Conceived during lockdown in July this year, Delilah is a self-confessed brat-punk hip hop artist fusing driving bass, rapping and screaming with lyrics centred around female empowerment.
“I was touring with my punk band Hands Off Gretel and night after night I was hearing stories from young girls being harassed in the crowd,” Delilah recalls. “When I spoke out online I was met with resistance and it infuriated me. I had all these words flowing out of me too fast to write down, so I programmed a beat and started rapping for the first time; it was my motivation during a dark time.”
Emerging from a punk rock background, Delilah combines screaming vocals and nu-metal guitar riffs with melodic rap and trashy hip hop beats. It’s a sound that’s hard to categorise.
“The music I make is like Cardi B fronting Slipknot,” she explains, “it’s a mesh of all the styles that have influenced me up to now. I flow between two personas – sometimes I’m sweet and sassy; sometimes I’m screaming at you with an axe.”
The album, the singles and the videos are all self-written and self-produced, and the artwork and merchandise are all self-created. And, most importantly, everything addresses the way women are treated within today’s society.
“I’d be walking down the street, paranoid some guy was following me, holding my hand over my drink in a club, worrying my friends wouldn’t make it home. It’s all been said before, women have been fighting since way before I was born, but the same issues remain and we’ve got a long way to go. Delilah represents strength and empowerment, and I’m here for anyone who needs that.” 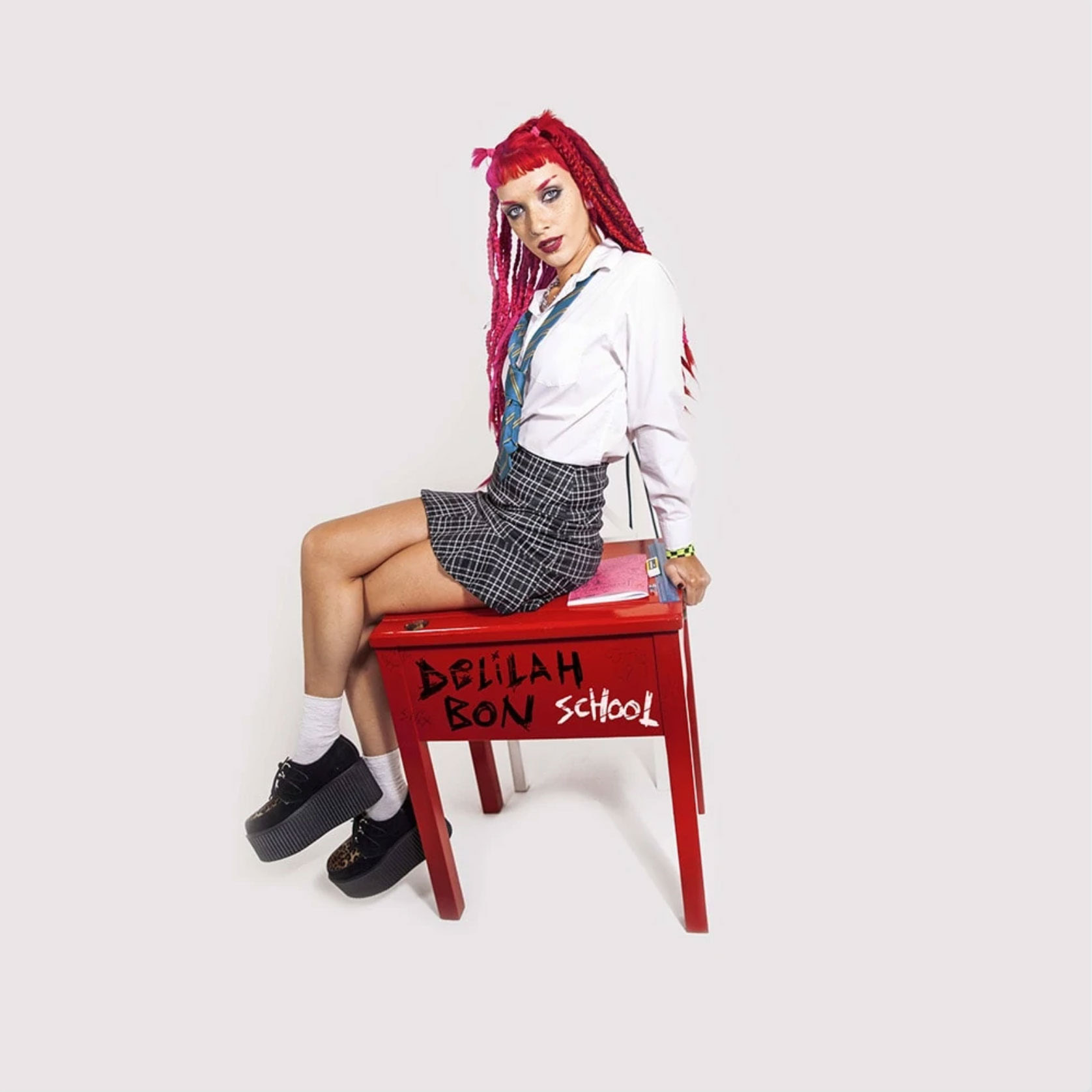