Swedish thrash metal quintet DEFIATORY released their sophomore album “Hades Rising” via Black Lion Records in May 2018. The album consists all the essences of what thrash metal should be — a fantastic trip to the emergency room, to have neck fusion surgery, to repair it from the continuous beating it just received from this album.

DEFIATORY recently filmed a video for the third track, King In Yellow, from the album. This track is a nod to the Robert W. Chambers’s collection of weird short stories, The King in Yellow.

Check the premiere of Toilet Ov Hell AT THIS LOCATION 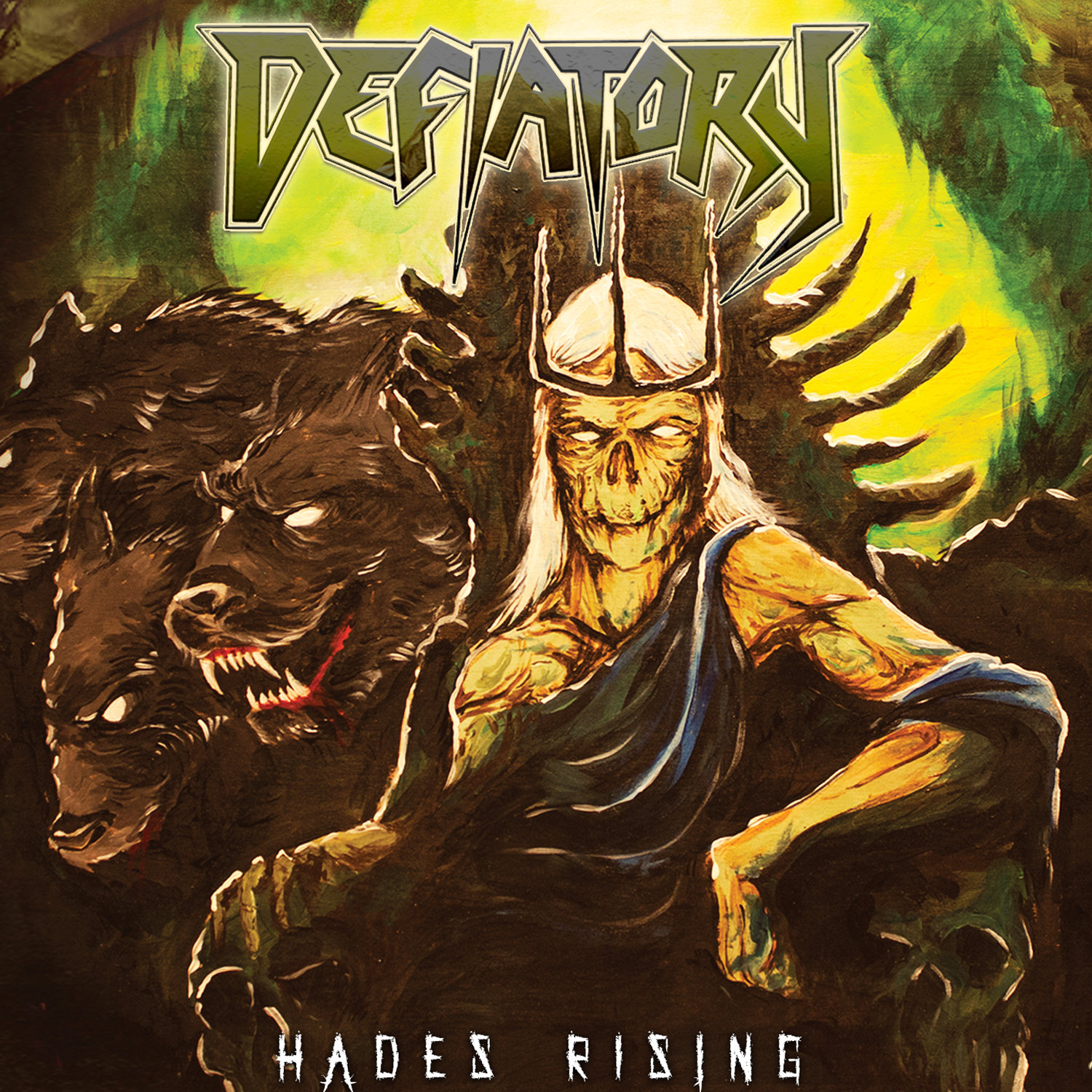 DEFIATORY was initiated in 2015 by Ronnie upon his departure from the prominent death metal bandAeon. Soon, Martin Runnzell joined the band to fill the vocal position, and the first demo track, Furor Unleashed, saw the light of day within a week after the initial collaboration between Martin and Ronnie. Defiatory completed their debut “Extinct” (released via Black Lion Records in 2016) after completing the full lineup.

Defiatory released their second album, aptly titled “Hades Rising” on May 11, 2018. The album marks the continuation of the band’s collaboration with Black Lion Records. “Hades Rising” carries on from the aggressive thrash metal sound established on the debut album, evolving into more rhythmic and melodic sessions, granting more variances without losing focus on what is important in the old school style of thrash metal. Taking influences from the Bay Area thrash masters, Defiatory flourishes their music through comprehensible production approach. The sophomore album, containing 11 tracks of relentless neck-wrecking thrash metal, with an amazing artwork painted by Mika Rudin, is out now on CD formats.