album pre-order/single streaming link
https://radi.al/LightningStrikesTwice
includes the single
LIGHTNING STRIKES TWICE
video
DECARLO originate from Charlotte, North Carolina and is fronted by Tommy DeCarlo, best known
for having performed with Boston since 2007. He co-founded the band with his son, guitarist Tommy
DeCarlo Jr, and, as Tommy Sr. sees it, Tommy Jr. is truly the backbone of the band with a great feel
for what is going to work on stage musically and production-wise, while also leading the charge in
their performances. No band is complete without a great supporting cast, of course, which in the case
of DECARLO is provided by drummer Dan Hitz, bassist David Netta, and Payton Velligan, who is a
multi-talented keyboard player, guitarist and vocalist.
The debut album by DECARLO, ‘Lightning Strikes Twice’, is a fine slice of melodic rock, deeply rooted
in the sound of masters of the genre such as Boston, Foreigner, Survivor and REO Speedwagon.
“Without question, Tom Scholz has been my biggest musical influence,“ states Tommy Sr. “Along with
Brad Delp, he created pure magic in the studio. Brad with his amazing voice and Tom is one of the
best songwriters/producers I’ve ever heard, touched not only me but millions with their recordings.
I could name quite a few other bands that influenced me as well, but none as much as Boston!”
Continuing, he adds ”We’re very excited about the release of ‘Lightning Strikes Twice.’ As an artist and
songwriter, you’re always going to be proud of your work, but there’s nothing more gratifying than to
please those who matter most…the fans! It’s our hope that the music on this release will in some way,
shape or form touch those who take the time to listen to it.”
Simply put… DECARLO ROCKS! Classic AOR/Melodic Rock fans simply can’t miss this debut album.
LIGHTNING STRIKES TWICE
TRACKLISTING
1 A Better Day
2 You Are The Fire
3 Give Love A Try
4 Into The Storm
5 Lightning Strikes Twice
6 Still In Love
7 Rock N’ Soul
8 There She Goes
9 Stand Up (Play Ball)
10 The One
11 Gotta Go
12 I Think I Fell In Love With You 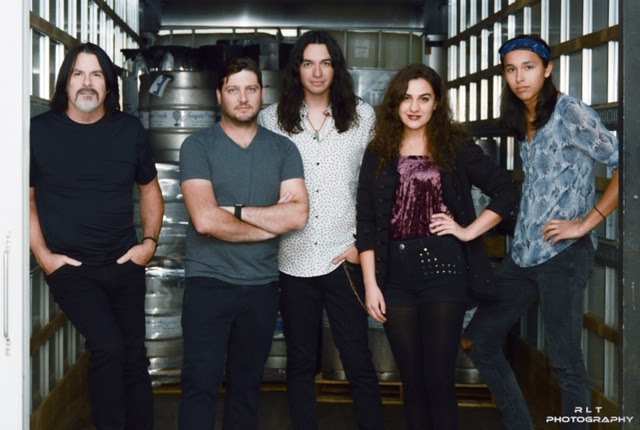 Tommy DeCarlo Jr – guitars
Dan Hitz – drums
David Netta – bass
Payton Velligan – keyboard/guitar/vocals
facebook.com/decarlorocks
twitter.com/decarlorocks
instagram.com/decarlorocks
ABOUT FRONTIERS MUSIC SRL
Originally founded in Naples, Italy in 1996 by Serafino Perugino and his father Fernando as a
distribution company, Frontiers has developed into one of the premiere independent rock labels in the
world. Synonymous with quality music from across a broad spectrum of rock genres, the company has
worked with multiple genre heavyweights and fan favourites. Aside from providing a home for classic
artists from the 1970s and 80’s, it boasts a wealth of young, up and coming talent that, with a savvy
and forward thinking A&R and marketing approach, will be developed into the future of rock and metal.
With a deep commitment to and passion for THE MUSIC and the artists who create it, plus massive
global distribution, sales, marketing and publicity channels, Frontiers is the premiere home for both
established and emerging rock artists.
Head Office: Naples, IT | U.S. Office: Nashville, TN
Subscribe to be alerted when new videos are added:
radi.al/SubscribeFrontiers
Follow the ‘Newest From Frontiers’ playlist on Spotify:
spoti.fi/1rQz5Zm