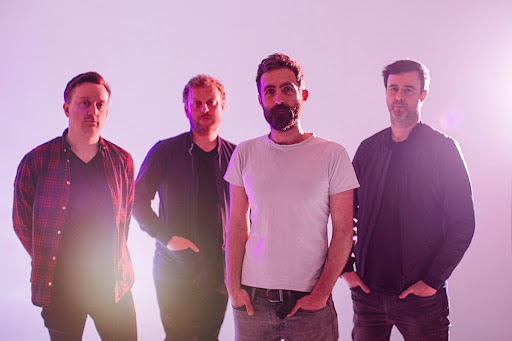 Cumbrian four-piece DEATHRETRO are back with jagged new single “Dark Hoss”, out today via Cosmic Glue.

A snarling slice of sinister alt-rock, “Dark Hoss” follows on from “Exit Point” as the second track of what will be Deathretro’s next full-length release.

“”Dark Hoss” is the most layered song on the new album. Moving away from the first album where everything had to be played live, we’ve given ourselves the freedom to take songs wherever they need to go in the studio.”

Capturing best their meteoric progression from their 2021 debut, “Dark Hoss” started life as a Cure-inspired track, but took a turn in the studio and shifted towards warped Depeche Mode-meets-Nine Inch Nails territory.

Recorded in sessions between lockdowns and eventually finished this year, the track balances eccentricity with eeriness. With shadowy rock sensibilities countered by a surprise samba band turning up in the background, “Dark Hoss”’s inspiration is as offbeat as its sound. Kie adds:

“”Dark Hoss” is the subconscious architect: running wild, constructing strange and abstract worlds which blur the lines between life and loss. The moment when half awake in a dream-like state, the mind goes deep and vidily connects with the past, before we wake up and realise all that was is slipping away once again.”

The release follows earlier punk-rock inspired release “Exit Point” and comes as the band are fresh off the back of two major festival slots at Kendal Calling and Bluedot this Summer. Stay tuned for more news from Deathretro in the coming months..

Founded by Kie, Adrian and Boone, three friends from the villages of Cumbria, Deathretro forged a sound alive with the drama of the sprawling hillsides that surrounded them and the local party scene they grew up in. Now based in Manchester and accompanied by producer and drummer Grant Henderson, the band finally released their self-titled debut late last year.

Crafting an infectious melee of rip-roaring guitars, raw vocal delivery and punchy disco-punk energy, the band’s debut gained praise from the likes of Louder Than War who praised: ““a genuinely exhilarating experience… It could be argued that Deathretro are the country’s best kept musical secret”, before awarding the album a top 40 place in their Best Albums 2021 list.  Likewise, in a four-star star review the Yorkshire Evening Post  enthused the record as: “unyielding… a superb prospect.”

Proving that rest is only for the wicked, earlier this year Deathretro rapidly followed the release with an innovative new EP: ‘Pistols’. Offering the title-track to a cast of skilled producers, the EP included a series of pulsing new creations from remixers including San Francisco-based The Olchemist (a frequent collaborator of Deathretro and Hello Cosmos),  Joe Thompson (who has overseen over 100 releases in his 15 years in the industry, including work by Grammy-nominated songwriters) and Craig West (one half of Edinburgh-based DJ and production duo Two Guys). Listen to the ‘Pistols’ EP in full HERE. 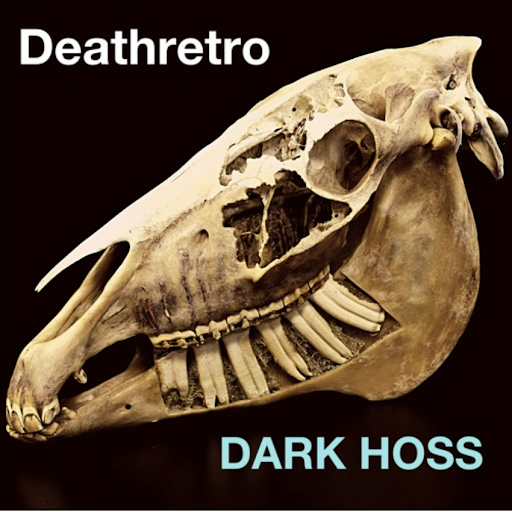