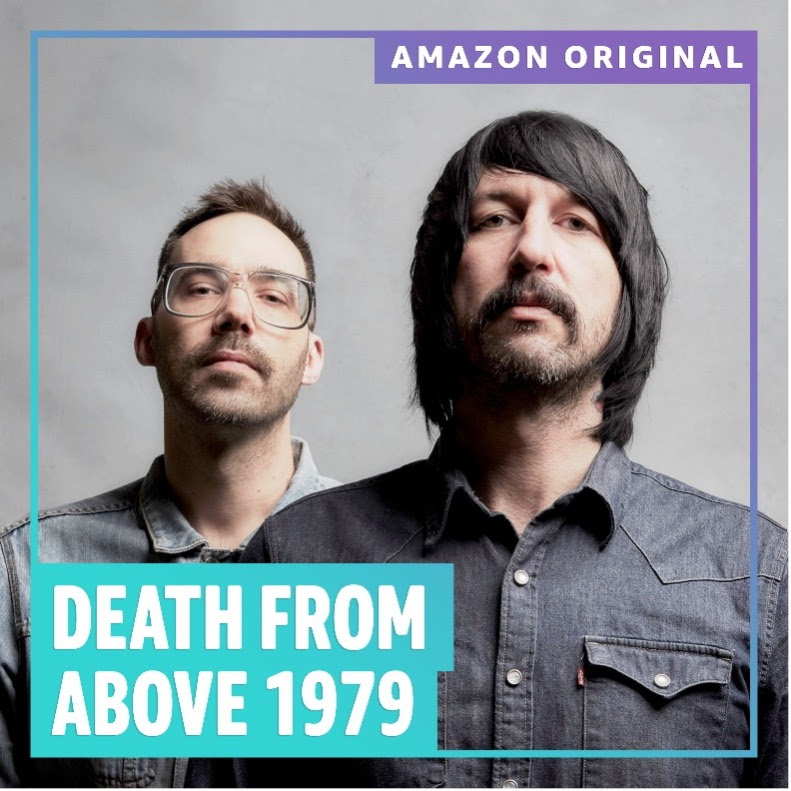 Today, Death from Above 1979, made up of Sebastien Grainger and Jesse F. Keeler, released a brand-new, Amazon Original cover of Journey’s iconic hit, “Don’t Stop Believin‘.”

Available only on Amazon Music, the song finds the Toronto duo taking on one of Journey’s most well-known and revered songs and putting a characteristically ferocious DFA spin on the track. Fans can hear the track now on Rock Scene, Amazon Music’s home for the most exciting new rock music from around the world.

“We made a kind of witchy version of the song that would make Steve Perry magically join Journey again,” said Sebastien Grainger of Death From Above 1979.