Bristol doomy avant/dark neo-folk ensemble Dead Space Chamber Music drops their sophomore album, The Black Hours, today (03rd December 2021). The Black Hours carried the band through the strange journey of the pandemic, resonating with the theme and visuals of the album. The entire record is a reference to a medieval illuminated manuscript of the same name, a unique and intimate book of prayers to mark The Liturgy of the Hours, or The Office of the Dead.

Dead Space Chamber Music teamed up with God Is In The TV Zine to offer an advanced stream of the album alongside a track-by-track breakdown; Full Feature AT THIS LOCATION. 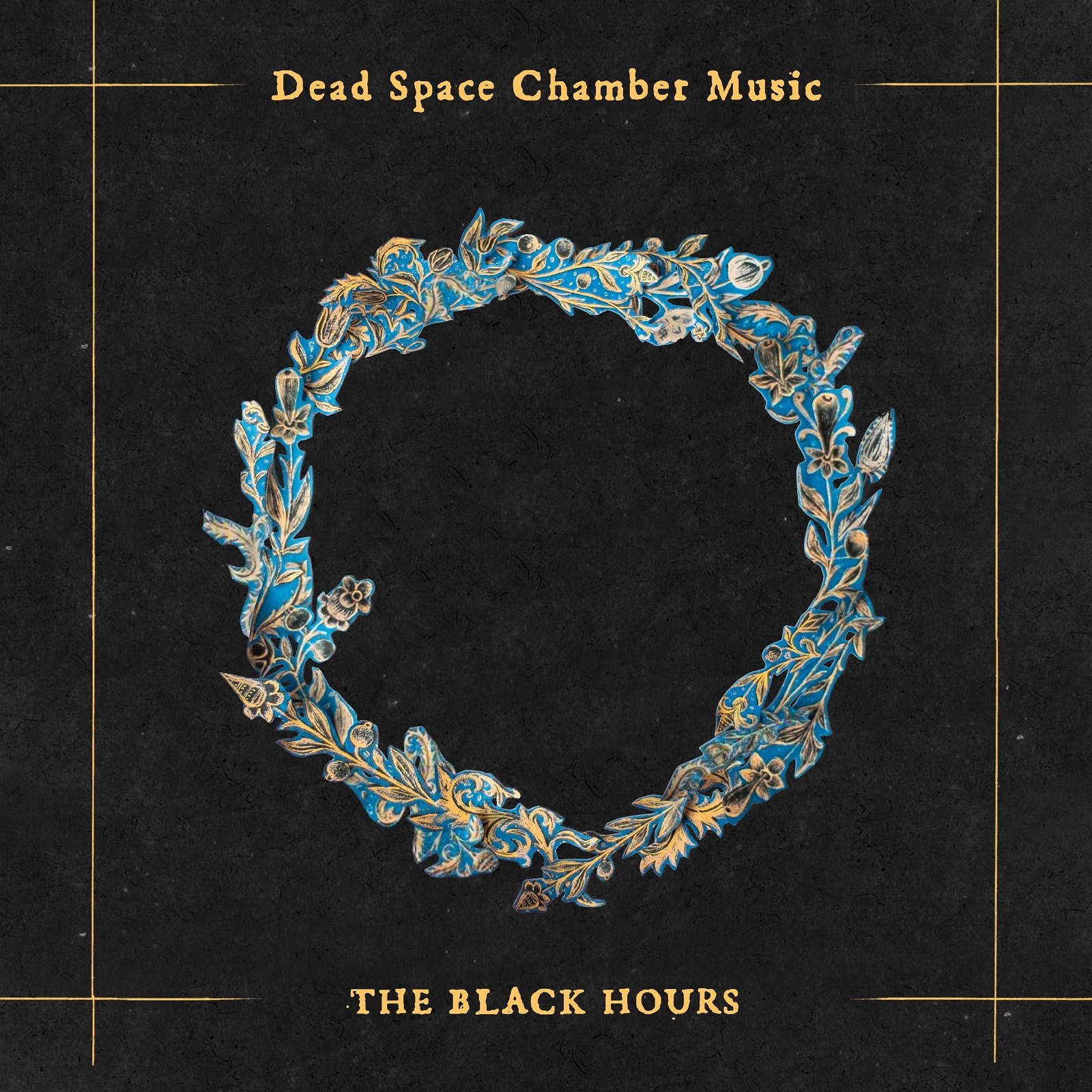 Dead Space Chamber Music are a dark-neoclassical group from Bristol, UK. They reinterpret historical material, especially from the medieval and Renaissance periods, taking forms and melodies that are hundreds of years old and shapeshifting them into new and varied contemporary works. Drawing on many musical approaches along the way, they incorporate elements and atmospheres of dark medieval, neofolk, ritual ambient, and doom in their avant-garde music.

The Black Hours, the second studio album by Dead Space Chamber Music, digs deep into the unsettling and disorienting experiences of the last year or so, confronting and embodying many emotions — from boldly visceral to achingly tender, with a very human thread running through the whole work. The songs themselves show the breadth of the group’s scope in terms of influences and approaches — material that is hundreds of years old being brought to (new) life, with soul-stirring and tender melodies rising to dramatic doom-laden highs via avant-garde and experimental techniques.

The album is a collection of 7 interlinked songs, each heralded by the tolling of a bell to mark the ‘hour’. They were created sequentially: the first song was created pre-lockdown, the last song was created post-lockdown, and the 5 in between were recorded in August 2020 at The Premises Studios, London, by the ‘fifth member’, Tom Berry, who recorded their OEIRA EP while still a student in 2018 and who they have worked with ever since. He understands how the group like to record — all together in a live room, where they can see and directly respond to each other — something important for the semi-improvised sections of their music. He also contributed creatively to the final result, for example reamping the cello and guitar through vintage amps and expertly applying analogue delay to the bowed cymbal on Ion.

The Black Hours was begun in late 2019 and was completed mid-way through 2021. The way that the album carried the band through the strange journey of the pandemic resonates with the theme and visuals of the album. The entire record is a reference to a medieval illuminated manuscript of the same name, a unique and intimate book of prayers to mark The Liturgy of the Hours, or The Office of the Dead — with prayers to mark the hours from morning to evening and all through the night. Created between 1460 and 1475, The Black Hours is hand-scribed on black vellum with real gold, silver, and at the time more valuable than either of these — turquoise pigment. The idea of marking time, especially dark times, this way appealed to the group — the focused contemplation of prayer being akin to the focus of creating and crafting music.

Dead Space Chamber Music, at the same time, stayed active throughout the pandemic, through live streams, releases, and remote collaborations (with Jo Quail, Maud the Moth, Kate Arnold, Tribes of Medusa, Abattoir / Satori, and Gwen Osmond of Trianglecuts amongst others), leaning deeper into their music as a source of resilience and hope while the familiar world was turned upside down.

– Others –
Recorded, mixed and mastered by Tom Berry at The Premises Studio, London.