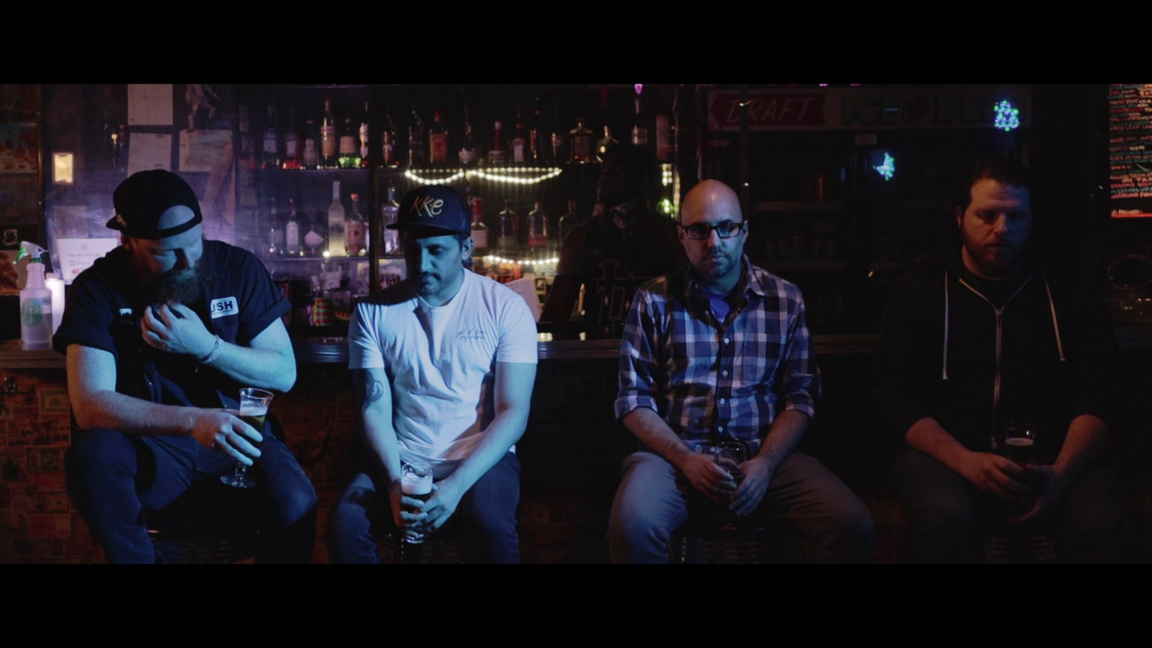 DEAD PRESS PREMIERE NEW DIAMOND WEAPON VIDEO FOR “THE HOUSE ON 65TH STREET” – WATCH!
EYES EP OUT NOW!
Today, Diamond Weapon premiere haunting video for “The House on 65th Street” via Dead Press. Watch the exclusive premiere HERE!
Sullen and empty, the video was filmed at Swan Dive in Toronto and directed by the band’s frontman Louis Tentsos. Making sure to follow Canadian covid-19 guidelines, the band used non-alcoholic beer during the filming of the video. “The song was written about heartbreak and the concept of the video is meant to represent the feeling when you go out post-heartbreak; where it seems like everyone in the room is smiling, laughing and having the time of their lives, and you just want to disappear into a corner somewhere,” says Tentsos.   Watch it HERE
Prior to the video, the band launched a sonic assault with the release of Eyes, out now. If you’ve ever wondered what a supersonic punch to the gut feels like, the EP is jam-packed with aggression, intensity, chaos and overwhelming emotion. With music reminiscent of The Wonder Years and La Dispute, the EP offers an outlet to help others work through their feelings both positive and negative. Although not always pretty, it’s undeniable that Eyes is honest and vulnerable. The EP was produced by Eddie Lucciola and Davis Maxwell from 414 Recordings in Fort Erie, Ontario – Listen HERE!
Singles from the EP, “Revenge Is Not A Dish, It’s A Concept“, and, “The House on 65th Street” saw the band gain major traction as these were their most-streamed tracks yet. They also saw fantastic press support with features on idobi Radio, Exclaim! Magazine, V13 Media, Bucketlist Entertainment among others and impressive Instagram Takeovers with Spill Magazine and Square One Magazine.
MORE ABOUT DIAMOND WEAPON:
Do you know that feeling you get deep down in your gut when, despite what everyone else says, you are right about something? When karma finally catches up to a wrongdoer or the realization that you’ve finally found peace after a bad breakup with your partner? If so, you may identify with Toronto post-hardcore band DIAMOND WEAPON.Diamond Weapon is Louis Tentsos, Jason Bradfield, Nick Richards and Marco Vani. They formed the band in late 2016 after finding each other via Kijiji and Craigslist and quickly bonded over their love of punk, post-hardcore and playing music.

Although forming only a few years ago, the band has some notable achievements. In 2017 after releasing their first song demos the band headlined a sold-out show at the Monarch Tavern and opened for Canadian Icon Danko Jones at the Bovine Sex Club during Canadian Music Week.  By 2018 they had released their first full-length album “All I Wanted Was The Other Side” and opened for one of their favourite bands, Eyes Set To Kill, on their Canadian tour dates