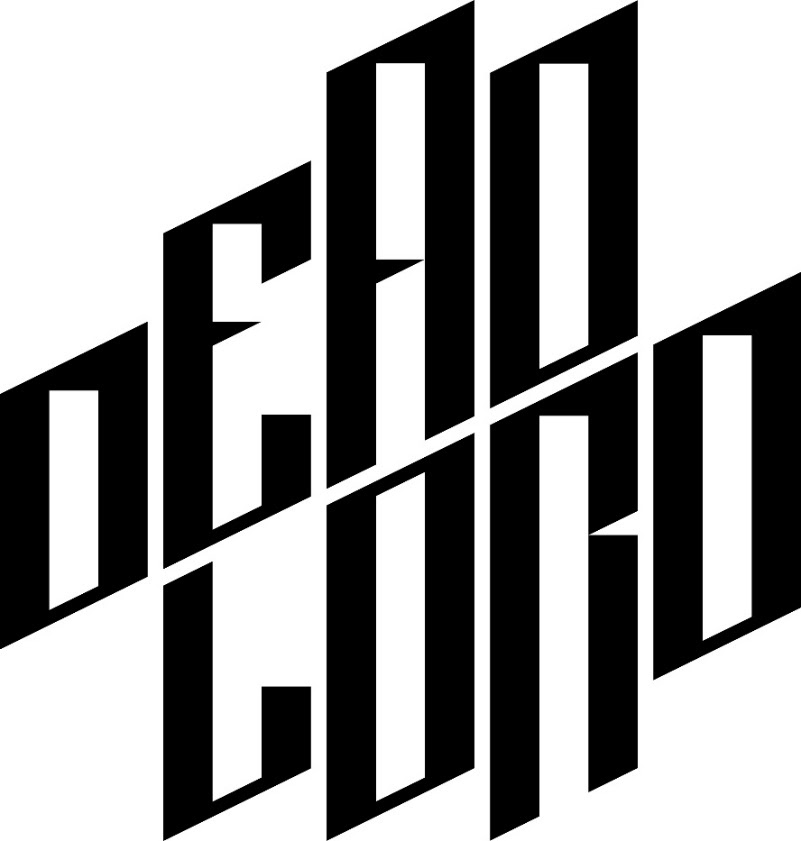 The single is available as a transparent orange 7’’ vinyl record and digitally on all steaming platforms. You can order your very own copy HERE! 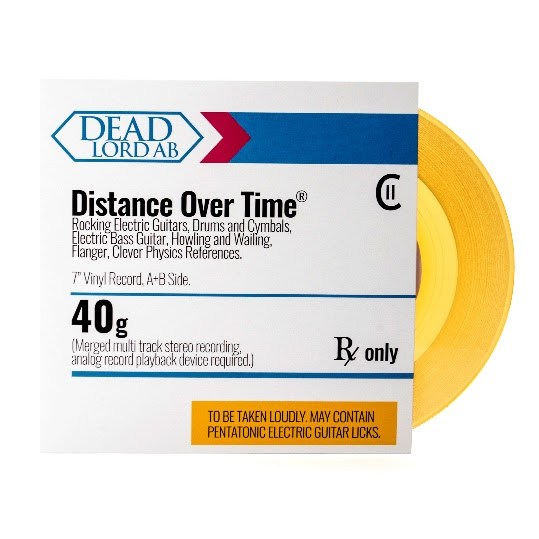 “Distance Over Time” is the first single taken off Dead Lord’s upcoming studio album “Surrender”, which is expected to be released in September via Century Media Records.

Dead Lord checked in with the following statement:

“We are done recording our 4th album, (titled “Surrender”), which we immortalized for the infinite ages together with Robert Pehrsson (Robert Pehrsson’s Humbucker, Death Breath, Dundertåget/Thunder Express etc.) in his Studio Humbucker, in Stockholm. In our very humble opinion, it’s our best album to date and we’re stoked to say that the album came out more face-meltingly awesome than we could ever have hoped for.

The album is conceived, written and performed by Hakim Krim on lead, heart-wrenching, wailing vocals and screaming electric guitar, ripe with juicy ferocity; Martin Nordin on mid-range-madness-guitar and harmonious and angel-like backing vocals; and Adam Lindmark on the mayhem-like pandemonious expression of the animalistic instincts that are the drums. The thunderous low-range-groove-duty of the electric bass guitar was shared between Mr. Krim and Mr. Nordin for ultimate rockage.

Dead Lord has parted ways with previous guitarist Olle Hedenström, and we wish him well in his future endeavors.

With Martin permanently taking up the electric guitar in Dead Lord from now on, we’d like to welcome Mr. Ryan Kemp as full-time member of Dead Lord as the new bass-man. Ryan is imported from the continent that evolution seems to completely have left to its own devices, namely the golden shores of mythical Australia. We’re stoked to have him on board, and can’t wait to get back on the road. Rock stages all over the world are overdue for a good face-melting!

Keep an eye out for more details regarding the album and tour dates.” 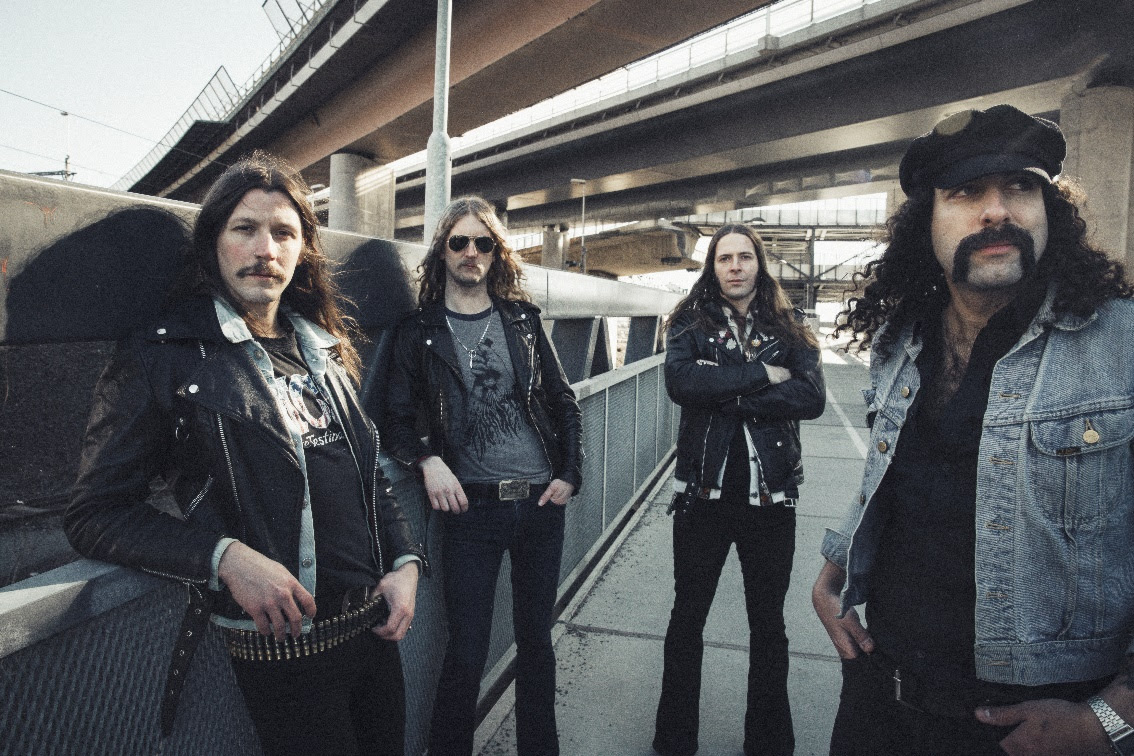 Photo by: Jennika Ojala
DEAD LORD are (from left to right):