OUT 28TH OCTOBER VIA IPECAC RECORDINGS

The album, while both a raucous hardcore collection, and at times, a politically-charged opus, has its roots in friendship, with the band rallying together after Crain received a surprise cancer diagnosis.

“Words can’t even begin to describe how much this album means to me. It’s birthed of pain and uncertainty,” explains Crain. “The slow, excruciatingly painful, and nauseating recovery from cancer treatments were the catalyst for every riff and note on this album. However, my will to live and be with my brothers Justin, Dave, Mike, and co-producer Ross Robinson, got me out of bed and running into the studio every day to get it all on tape.”

The news of II’s impending arrival is accompanied by the release of the “Reign of Error” and its Displaced/Replaced-created video – a savage commentary on the US Supreme Court.

“Reign of Error’ was recorded almost as quickly as it was written and I believe there’s a very good explanation for it,” adds Crain. “I haven’t told anybody this before, least of all the rest of the band or Ross, but I honestly felt a strong presence in the studio that day. Those riffs flew out of me and when Dave sat down at his kit it was almost as if we’d played that song a thousand times before. It literally just happened so fast. Bam! One take. I’m not trying to paint a dark or fantasy-like story either. Having just escaped death and still healing from my cancer treatments I was incredibly sensitive to energy and the other side. There was someone else there. Not evil but benevolent and inspiring. I honestly believe it was Dave’s old bandmate and friend Jeff. I think he just wanted to jam with his friend again and perhaps did so through me. There I said it. Whether people believe it or not I really don’t care. I’m just grateful that I had that experience.” 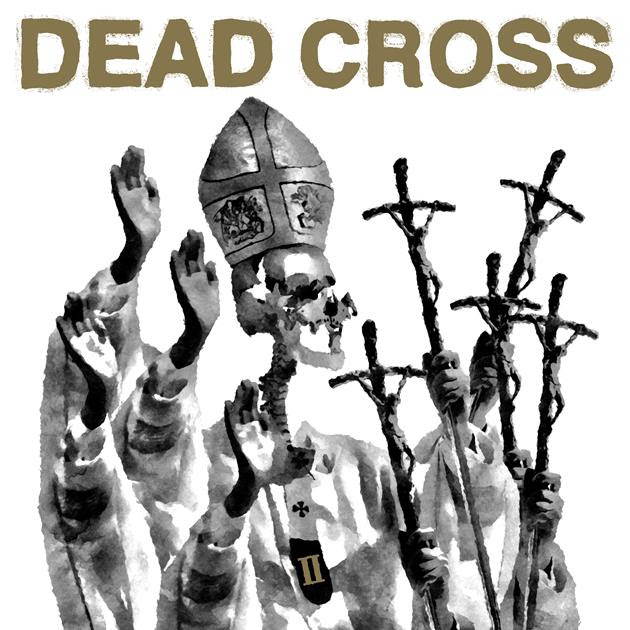 Bringing in thrash, punk and hardcore into their music have brought the band a great following since their 2017 debut.

In the past five years since, Mike Patton resurrected Mr. Bungle in thrash form (joined by Scott Ian and Dave Lombardo) and released one of the biggest metal albums of 2020. Then in 2021 followed that up with the first new Tomahawk album in eight years. Dave Lombardo has been collaborating with Patton, performing with the Misfits and Suicidal Tendencies and just became the new drummer for Testament. Justin Pearson has been running Three One G and fronting bands such as The Locust, Deaf Club and more. Michael Crain released the debut album from Cunts on Ipecac and has countless other projects.

In the years that have passed since their debut album, the world has only gotten colder and harder, and Dead Cross remains steadfast in confronting it by any means necessary. 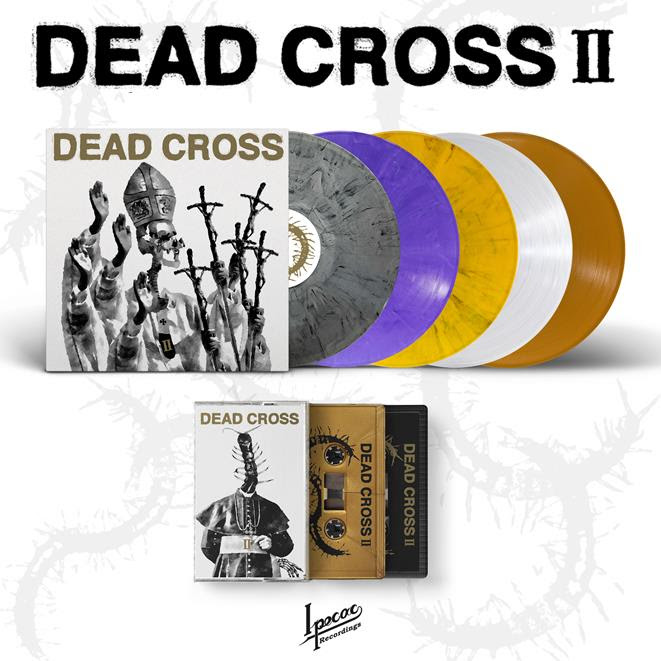 FOR MORE ON DEAD CROSS: