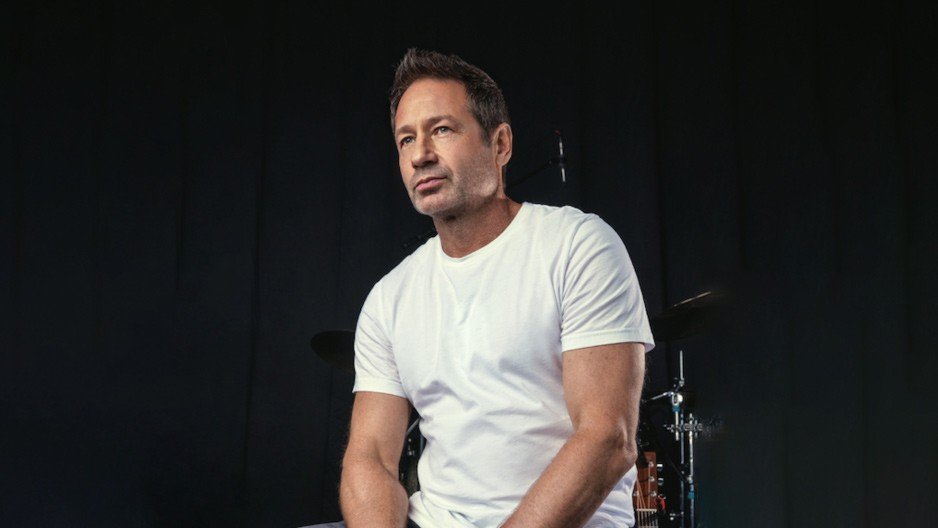 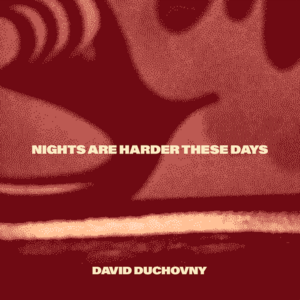 June 25, 2021–New York, NY: David Duchovny unveils ‘Nights Are Harder These Days’ available on all streaming services today. The song is the second single from the forthcoming album Gestureland. This is the third full length from Duchovny and will be released August 20th (GMG/Western Kyd).

Talking about ‘Nights Are Harder These Days’ Duchovny says: “Turn this one up in the car. If you don’t have a car, just turn it up.”

Listen to ‘Nights Are Harder These Days’ on YouTube:

Gestureland is the follow-up to Every Third Thought (2018.) “The album represents three years of song writing over which time I think we developed into a band so there’s a stronger element of deep collaboration here. The songs are obviously inspired by present day life and problems but we hope to make them universal. We also stretch our sound a little ——getting both heavier and lighter at different times.

You want to know which songs are about me. None of them. They’re about you.”  – David Duchovny

Recording for the album started in February of last year at Outlier Studio in update New York and was finalized after a long pause due to Covid earlier this year at The Birdhouse in New York City. Joining Duchovny once again on the album is Colin Lee (Keys), Pat McCusker (Guitars, Synths), Mitchell Stewart (Bass), Keenan O’Meara (Guitars) and Davis Rowan (Drums.) McCusker talks about finishing the album “Shortly after our time at Outlier, the pandemic hit. After a month or so of being in full lockdown mode, we started recording overdubs and vocals at our studio in Long Island City. To have our own space to be able to finish Gestureland safely throughout 2020 was a blessing. The more we’ve all worked together, the more we’re all taking risks and tapping into new influences.”

David Duchovny is best known as an award winning actor, director and novelist starring in the smash TV shows The X-Files and Californication winning a Golden Globe for both. His first novel Holy Cow was released by Farrar Straus and Giroux in February 2015 and hit the New York Times Best Sellers’ list. This was followed up by his second novel, Bucky F*cking Dent, released globally in 2016 which also hit the New York Times Best Sellers’ list. He released his third Nationally bestselling novel Miss Subways in 2018 and his most recent novel, released earlier this year Truly Like Lightning is now in development at Showtime. He just released The Reservoir, an audible original and recently wrapped shooting on The Bubble a new Judd Apatow film and will also appear in the upcoming Netflix series ‘The Chair’ (August 27th.) On the music front, Duchovny is eager to take the show on the road “I always get such a kick playing live. We make our show into a whole evening, and take people on a journey. I can’t wait to do a version of this album for a tour.” Live dates will be announced this summer.