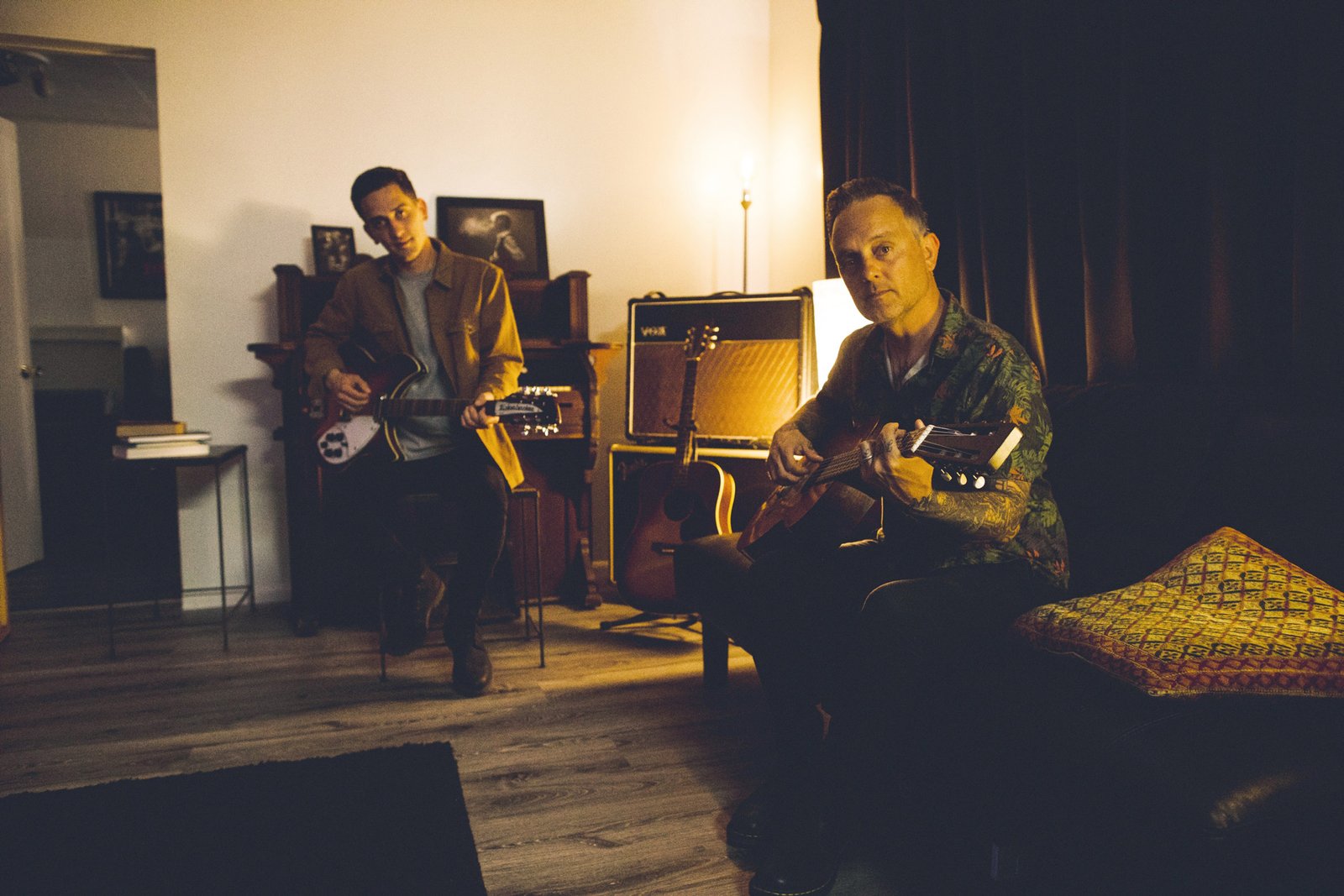 UK & European Tour Dates Announced For 2022, Following USA Appearances With The Avett Brothers And At AMERICANAFEST This Year

Beneath the surface of Blood Harmony are multiple layers of meaning related to Hause’s role as a musician, a brother, a husband, a son and—having become a father to twins a few months before the release of 2019’s Kick—a dad. Created with his younger brother and longstanding writing partner, Tim Hause, and being released on their very own label, Blood Harmony also presents itself as a meaningful reassertion of what family means to them all.

Leading the collection is “Sandy Sheets”, a breezy and nostalgic love letter to summers past. “The New Jersey shore is about ninety minutes from Philadelphia, and it was as much traveling as I had done till I was about 18,” Hause recalls. “I can remember being a teenager there like it was yesterday, falling in and out of love each summer and listening to The Cure. ‘Let me remember you when it was easy’ felt like a good wish to have. Relationships, friendships, hometowns often end up messy and complicated over time, but there’s something magic about the start. As I get older, I just want to remember the feeling at the beginning, not the end.” Stream “Sandy Sheets” via Rolling Stone Country HERE and on YouTube HERE.

On a base level, the term “blood harmony” is simple—it describes the specific sound two siblings make when they sing together. Given that Dave Hause has been writing and recording songs with his younger brother, Tim Hause, for a while now, it made sense to use that phrase as the title for his fifth solo record. But this being a Dave Hause album also means there’s much more to it than that.

“I thought ‘Blood Harmony‘ was a great title, and it’s really specific to how Tim and I have decided to work over the years,” says Hause. “It also pertains to my children because they’ll have their own Blood Harmony.  So the germ of the album, the beating heart, is that I’m in a true family. I have a grounded reason to work and a bunch of people that I want to make proud with the work that we do. It’s a family business.”

You can hear Hause’s passion and dedication to his craft—as well as his determined approach to it—flowing through the veins of Blood Harmony’s ten stunning, sumptuous songs. Written with his brother over a series of weekly Zoom sessions, they began crafting songs together in January 2021. They’d been writing remotely together since 2017’s Bury Me In Philly so it wasn’t an entirely new process for them.

While nobody would say the quality of Hause’s previous albums was lacking, making Blood Harmony with those musicians was nevertheless a concerted effort to ramp it up. And it does. It begins with “Northstar,” a tender paean to the direction, comfort and joy his wife and twins have given him that also drives home the emotional resonance and sense of family at the centre of this album. The gorgeous, lilting paradise of “Hanalei” captures that rare sense of peace when you’re with the person you love and nothing else matters. “Surfboard” injects some rare, good-natured humour into the trials and tribulations of being working class while “Carry the Lantern” and its life-affirming, almost Thin Lizzy-esque riffs double down Hause’s commitment to his sobriety and his family. The album closes with the gorgeous “Little Wings,” a track Hause calls a post-script, but it resonates much more deeply and feels more significant than that. In fact, it ends the album the same way it begins—with a tender song for and about his twins that’s full of the purest love and hope.

It’s impossible to not hear and feel just how much Hause and his whole family—that beating heart at the centre of these songs—mean to him. It’s a truly beautiful thing.