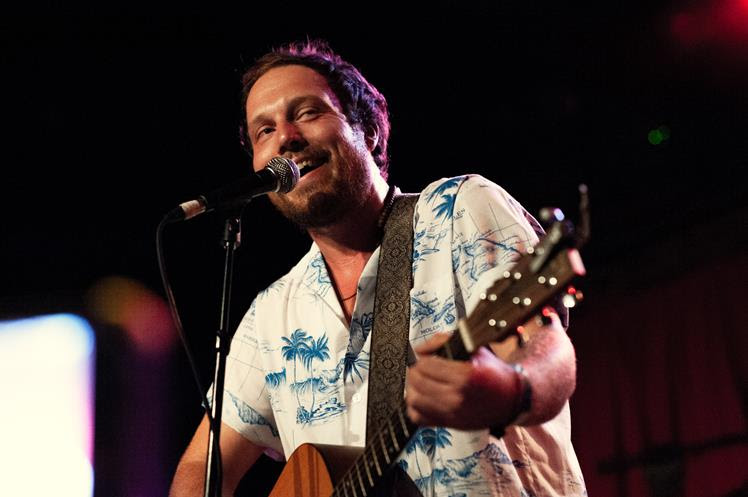 “The album’s title track dishes up Bradbury’s signature gumbo of countrified talking blues, oddball folk, and black humor, with some stoner-worthy philosophy about the origins of microwaves tossed into the pot.” – Rolling Stone Country

“There’s really a lot of wisdom in these songs. He has a worldview that, on this whole record, I really identified with.” – Robin Hilton, NPR All Songs Considered

“For those concerned that the tradition of the great American humorist has been lost, Darrin Bradbury is here to alleviate your fears … Folks used to call John Prine one of ‘the new Dylans,’ and it won’t be surprising if some start referring to Bradbury as one of ‘the new Prine’s’” – Nashville Scene

” ‘Dallas 1963’ is one of the stranger songs on an already odd album,” Bradbury said. “It’s one of my personal favorites, though I’m not entirely sure why. I tend to stumble onto these Kennedy references in my records, I wouldn’t say they’re intentional, but when the opportunity reveals itself I tend to like to see where it goes. The animation is pretty spectacular (I can say that it because it wasn’t me) and brings to the song to life in a way that bridges two loves of mine, silly songs about deep things and cartoons.”

Bradbury writes about the way things really are in America – a singular perspective shaped by a natural gift for storytelling, a lingering battle with depression, and a sly sense of humor. A self-described folk satirist who has toured the country for more than a decade, Bradbury collects his oddball observations in Talking Dogs & Atom Bombs, his first album for ANTI- Records, which was produced by Kenneth Pattengale of The Milk Carton Kids.

“I try to write things that make me chuckle, and that chuckling is usually making peace with the existential dilemma of both the times and life in general,” Bradbury says of his music. “A lot of times, it’s like a challenge. It is like, ‘All right, I’m starting this song off about squirrels, comparing them to Romeo and Juliet. Can I bring this sucker home? Can I make that idea work?’”

While performing he has seen the audience wondering the exact same thing – Is this guy going to pull this off? Bradbury compares the on-stage experience to standup comedy, where he carries the audience through to the relief point. In November of 2019 Bradbury released ‘The Life of an Opener’, a documentary short film (shot by Curtis Wayne Millard) that showcases just that – a live performance for chuckling audiences of his album’s title track, “Talking Dogs & Atom Bombs”, and the song “Hell’s More or Less the Same”. Filmed at Ponte Vedra Concert Hall while opening for The Milk Carton Kids, watch the short film HERE.