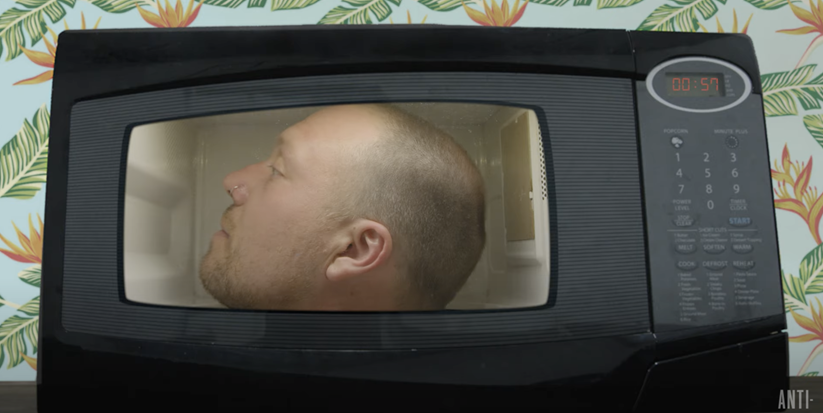 Witty lyricist Darrin Bradbury documents the warts-and-all minutiae of everyday life with sharp wit and a big heart, doing so with a healthy dose of humor and a refreshing lack of self-seriousness. Artvertisement is Bradbury’s third album and second release for ANTI-, following his critically acclaimed 2019 LP Talking Dogs & Atom Bombs. Today he has shared the title track and a new video for the song in which his head explodes in a microwave. Watch it HERE.

The title Artvertisement was inspired by Bradbury’s difficult experiences navigating the polished, often soulless Nashville music industry, where record label executives would laud his songwriting — some going so far as to call him a genius — but ultimately turn him away because his music wasn’t commercial.

“This guy took me up into this office once, high up in this building,” he says of one meeting. “He looked out of his window over the city and he turned to me after a long, introspective moment, looking upon the city he now owned, and he was like, ‘So your whole thing is about being a big loser, right?’ To cop to this, at the time I was pretty green, so I was like, ‘Uh, yeah, I guess so?'”

The title track recalls early Hold Steady with its raucous guitars and Bradbury’s freewheeling, almost conversational delivery, distills this experience into one frantic, infectiously catchy minute, translating that particularly painful meeting into a blistering takedown of the commodification of art. “Artvertisement!” Bradbury sings, nearly yelling. “We put your brand and their brand together.”

While music is still his primary focus, Bradbury has leaned into working on visual art as well, which, like his music, draws out both the darkness and the humor of the everyday. His portraits are abstract, stretching and warping facial features in service of communicating emotion, while his smaller sketches veer more toward humor and commentary. He sells his art on a “pay what you want” model, explaining that he is as happy to sell a painting for a nickel as he is for five hundred dollars.

It may not be the kind of financial model that lands him a high-rise office overlooking downtown Nashville, but that’s always been the antithesis of what Bradbury is about. “Do no harm but take what you need,” he says. “Holding on to success, holding onto money… What does it matter? We’re all going to die someday.”

Next month Bradbury will have an Artvertisement album release show at Nashville’s The Basement on August 27. Ticket info and all upcoming shows are below. 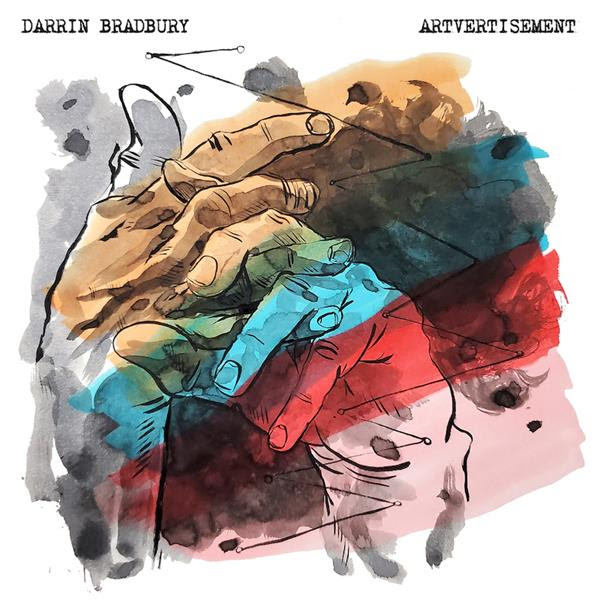