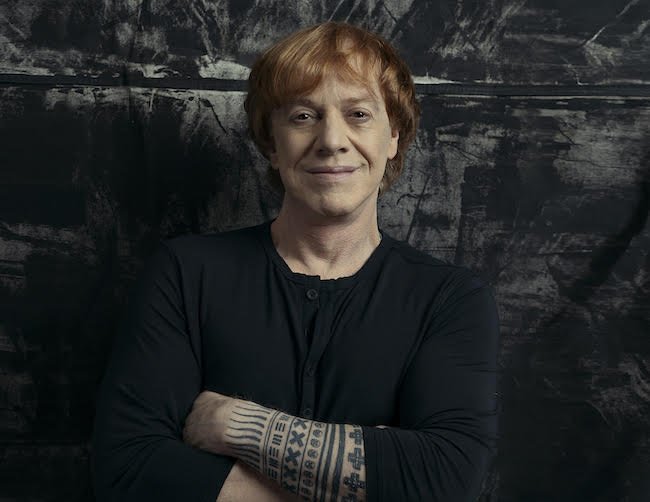 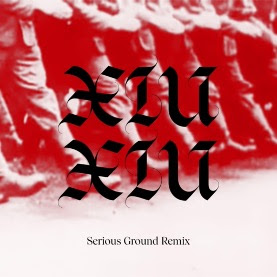 Today, Danny Elfman has debuted a brand new Xiu Xiu remix of “Serious Ground,” one of the songs initially featured on Elfman’s acclaimed new double album Big Mess [ANTI- / Epitaph Records]. The track serves as an experimental reinterpretation, pairing Xiu Xiu’s signature industrial noise sensibilities with chopped samples of Elfman’s original vocals and instrumentation.
LISTEN TO ‘SERIOUS GROUND’ (XIU XIU REMIX) ON YOUTUBE AND SPOTIFY
“I was introduced to Xiu Xiu by Stu Brooks, who kickstarted and co-curated the remix concept for “Big Mess,” says Elfman. “They have a fresh, progressive sound that I thought would make for a great collaboration. Expecting the unexpected is the most fun part of this whole project so I was really curious and excited to see what direction they’d go in. I’m very happy to have them be a part of the “Big Mess” project.”
Xiu Xiu’s remix of “Serious Ground” marks the fourth collaborative effort for Elfman from Big Mess, as he previously joined forces with Zach Hill of Death Grips for a remix of ‘Kick Me‘, worked with Squarepusher for a glitchy remix of ‘We Belong’ and teamed up with Trent Reznor to unleash a brand new duet version of his song ‘True‘. The reimagined single of ‘True’ showcases a sonic collision of two musical icons, fusing vocals from Reznor and Elfman with vicious industrial percussion, cinematic piano flares and walls of feedback. To coincide with the release, Elfman also debuted a new music video for the track.
WATCH DANNY ELFMAN/TRENT REZNOR ‘TRUE’ VIDEO HERE
Directed by Aron Johnson, who contributed visual effects to the Sarah Sitkin-directed music video for the album version of “True,” the piece features warped imagery and retro VHS aesthetics that capture the song’s intensity. Combining segments of Sitkin’s archived footage along with brand new 3D modelling, the visual serves as a remix in itself of the original music video, reinterpreted through the eyes of Aron.
Following the release of several dynamic singles and aesthetically groundbreaking videos over the past year, Elfman officially unveiled ‘Big Mess’ in June, his first solo record in thirty-seven years. Clocking in at 18 tracks, the expansive double album finds the 4x Oscar-nominated, Grammy and Emmy Award-winning composer breaking bold new ground as both a songwriter and a performer. Joined on the album by drummer Josh Freese (Devo, Weezer, The Vandals), bassist Stu Brooks (Dub Trio, Lady Gaga, Lauryn Hill), and guitarists Robin Finck (Nine Inch Nails, Guns N’ Roses) and Nili Brosh (Tony MacAlpine, Paul Gilbert), the project has garnered widespread praise since its release:
“A richly original and impressively ambitious musical response to a nightmarish pandemic” Classic Rock
“A fiercely political work filled with bombastic peaks and strikingly meditative valleys” – LA Times

“A sonic howl — part glam rock, part orchestral, part punk, with driving, industrial songs that are liable to disintegrate or tear off into a different direction” – Associated Press

The songs on ‘Big Mess’ combine both harmonically complex arrangements and simple high energy driving music with biting, acerbic wit as they reckon with the chaos and confusion of the modern world. And while the anger, frustration, and isolation of it all is palpable in his delivery, ‘Big Mess’ is about more than simply blowing off steam. In making the space to truly sit with his emotions and write without limitations, Elfman achieved a kind of artistic liberation on the record that had been eluding him for decades, rediscovering his voice and reinventing himself all at once in the process.

These feelings of anger, angst, and frustration that permeate ‘Big Mess’ are explored in the album’s artwork and music videos as well, which push the boundaries between art and technology and each feature Danny in distinct ways. For the cover artwork, Elfman was 3D scanned and transformed into a grotesque-looking digital sculpture by Sarah Sitkin. Using CGI, 3D technology, motion capture and artificial intelligence, each music video was uniquely made and is inextricable from the songs that inspired them. Led overall by Elfman’s creative director Berit Gwendolyn Gilma, each of the video’s directors – Aron Johnson (“Happy”), Jesse Kanda (“Sorry”), Sven Gutjahr (“Love In The Time of Covid”), Petros Papahadjopoulos (“Kick Me”), Sarah Sitkin (“True”), Sam & Andy Rolfes (“Insects”) – have created individual statements that shape a diverse but cohesive whole.

‘Big Mess’ is out now via ANTI- / Epitaph Records and is available on all digital streaming platforms here. 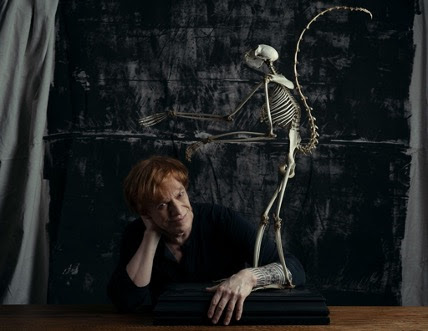