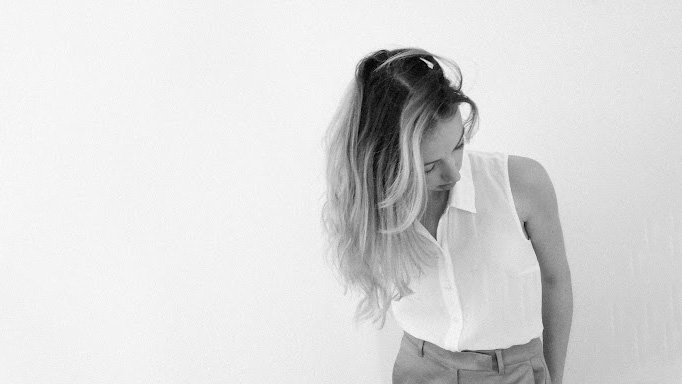 One of the leading lights of the Welsh alternative folk scene – DANIELLE LEWIS – announces the release of her debut album: ‘Dreaming In Slow Motion’, this Winter.
The release is preceded by one of its most tantalising offerings, the new single: “Slow, Sad, and Real”, which is available to listen to today (3 September) here: https://orcd.co/danielleslowsadreal
Balancing arrangements of a feather weightlessness, with self-effacing lyrics of an iron heft, Lewis’ latest single finds the singer-songwriter in conflicted, confessional mood. Hung up on life by day and visited by nightmares at the dead of night, “Slow, Sad and Real” was forged as she sought solace from the realities of life and the shadowy paranoia of her subconscious.
“’Slow, Sad and Real’ brings to light the array of emotions, thoughts and dreams I’ve felt that have sometimes conflicted within. It’s the desire to resist suppression and embrace every part of the human emotional state.” says Lewis of the track.
“The lyrics play between conflicting states, eventually resolving to a place of strength and realness in embracing feeling deeply.”
Striking a fine line between electronic and more traditional sounds, the blend of vintage synthesizers and Lewis’ own folk nuances owe to a single that feels both cinematic and defiantly emphatic. From its ghostly vibraphone-imbued beginnings, the accomplished arrangements provided by Alex Hibbert (acoustic guitar, electric guitar, vibraphone) and Secondson (bass, drums, Korg PE200, Solina String Ensemble) see  “Slow, Sad and Real” manifest into something magnificent.
Written by Danielle Lewis, the track was recorded at Sail Loft Studios, Cardiff. It was produced by the highly esteemed Secondson, Engineered by Thomas V Westgård and Mixed & Mastered by Leon West; all of whom have contributed to Lewis’ highly anticipated new album: ‘Dreaming In Slow Motion’.
Lewis’ evocatively titled debut will be self-released on 19th November 2021. With compositions of the spectral to the serene, underpinned by her singular, saintly vocal stylistics; the album is the distillation of everything that sets Lewis on a higher plateau all her own.
From the haunting to the humbling, the songs of ‘Dreaming in Slow Motion’ collectively offer a collage of Lewis’ life as she navigated through the trials and tribulations of early adulthood. As Lewis says:
“’Dreaming in Slow Motion’ captures a sequence of my thoughts and emotions floating through my mind, particularly from my early twenties. It holds moments of growth and awareness. The album was written across a crucial part of growth for me so it feels very retrospective but present at the same time. It’s helped me capture the radiance in those reflections.”
Her first collection of songs since the ‘Live Forever’ EP of 2018, the songs of ‘Dreaming in Slow Motion’ are unrushed and organic by both nature and design; developing with Lewis as she too blossomed in her abilities and gathered perspective on the definitive events of her formative years.
“From recording ‘Live Forever’, I knew we’d only touched the surface on the kind of production and songs I wanted to create. I like to write intuitively so the songs on ‘Dreaming in Slow Motion’ felt like they bonded together naturally because they followed each other. The narrative wrote itself.” says Lewis.
“It’s allowed me to delve deeper and understand more about that time, the people and myself. I feel like I can forgive and move forward from it. Each song deserves that.”
Finding a kindred spirit in Secondson during the recording process, the Cardiff-based production prodigy proved to be a pivotal keystone in galvanising Lewis’ vision in what would become her debut album.
“I was drawn to Secondson’s otherworldly and ethereal production from the beginning. He helped bring to life the dreamlike essence of this record blurring the lines between heavenly and reality. Edging between orchestral and electronic…. The album title track ‘Dreaming in Slow Motion’ and ‘In My Sleep’ feel particularly unalike yet parallel. Both sonically absorbed and transcending between imagination and perception.”
Pulling illusory, languid melodies from the ether and pairing them with Lewis’ distinctive vocal flutter, the results make for an album that cycles through phases of Julia Holter-esque ambience (“Dreaming In Slow Motion”, “In My Sleep”)  to songs of life-affirming, affecting folk-pop (“Flower”, “Temporary”) with DNA more aligned with that of Weyes Blood or The Weather Station.
Preceded by previous singles including the starkly beautiful “My Youth”, the whispered outcries of ”Help Me” and the moving “Slow, Sad, and Real”; Lewis has set the scene for one of 2021’s most asphyxiating debuts.
From a spell of deep soul-searching and self-realisation, Danielle Lewis emerges in 2021 as a songwriter in masterful control of her art. 10 songs of breathtaking tenderness and ethereal presence that pioneer between the realms of dream and reality, ‘Dreaming In Slow Motion’ is released on 19th November 2021.
‘DREAMING IN SLOW MOTION’ TRACKLIST
1. A Woman Like You
2. Dreaming In Slow Motion
3. My Youth
4. Flower
5. In My Sleep
6. Slow Sad And Real
7. Temporary
8. Life of Worth
9. Let Me Imagine
10. Help Me