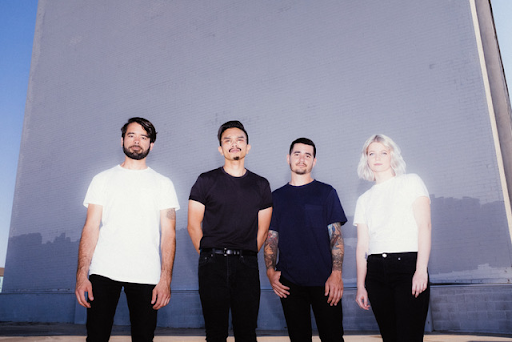 “The band tears through at a relentless pace. Scuzzy guitar lines add a distorted bite while a towering rhythm section anchors their whirling chaos”- Under The Radar

CUFFED UP have shared their urgent and vital new EP, Asymmetry, on Royal Mountain Records.

The four track release arrives alongside a video for “Terminal”, starring Brian Aubert of Silversun Pickups.

On the track, vocalist Ralph Torrefranca explains, ““Terminal” is the most personal song I’ve ever written. I suffer from serious health OCD that is borderline crippling at times. I wanted to write a song that projects the anxiety & irrational thoughts that my body & mind go through during my worst “episodes”.“

On the video, he adds: “”Brian had such a great vibe to be around! He turned our long shooting day into a really fun hang and played the doctor perfectly. Between his cameo and Ben Mehlman’s unique direction for the video, we’re proud of how it turned out!“

Formed in 2019, LA-based Cuffed Up were born out of a search for “self acceptance and self-realization”. Amidst a shared affinity for the ever-expanding global post-punk scene, vocalist and guitarist duo Ralph Torrefranca and Sapphire Jewell, bassist Vic Ordonez and drummer Joe Liptock breathe fresh life into the resurgent genre.

Pairing up with producer Brad Wood (Touché Amoré, Smashing Pumpkins, Liz Phair) and spending a week honing the songs through experimentation with sounds and ideas, the LA-based quartet have created an assured and confident slice of post-punk-leaning indie rock, chock full of big guitars, rolling bass and thunderous drums. Cohesive yet expansive, soaring yet direct, Asymmetry draws lines across the globe to the burgeoning post-punk scene in the UK, while also leaning into ‘90s indie rock and grunge, a loud and rhythmic rainbow of post-punk that is fluid and versatile.

Whether it’s the driving and propulsive anti-love anthem “Bonnie”, Torrefranca’s brutal reckoning with his own health struggles on “Terminal”, the inventive freeform of Jewell’s guitars in “Canaries” or Ordonez and Liptock’s fidgeting and dexterous rhythms in “One By One”, Asymmetry is a line in the sand for Cuffed Up, a declaration of intent from the young band who are poised to breakout from their West Coast home. 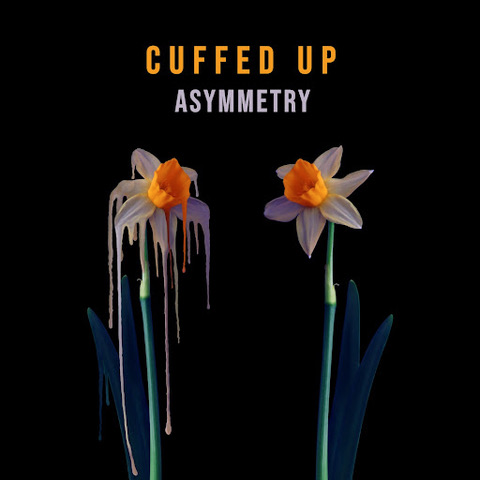