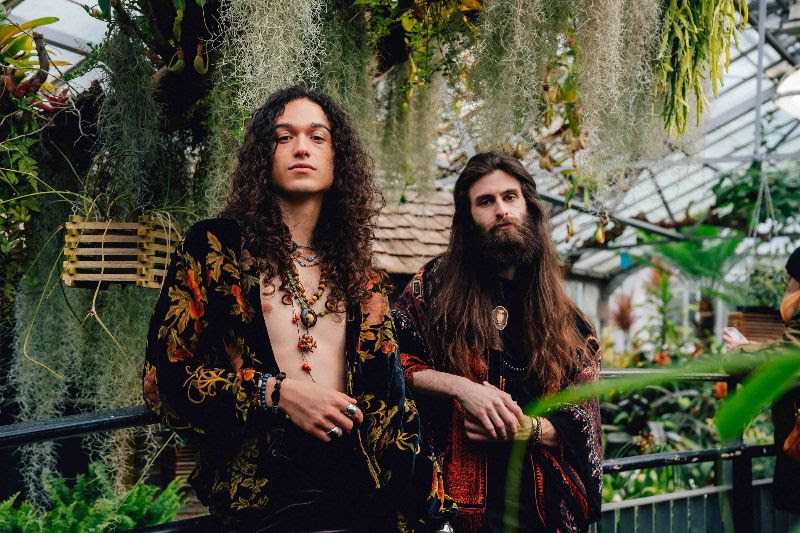 In addition to the ‘Sun Dance’ video release, fans can also participate in a campaign launched today in partnership with WEARTH to help the environment while celebrating Crown Lands music. WEARTH is committed to helping address the environmental issues of deforestation, climate change and food security with positive, meaningful and tangible actions you can proudly share. For every 50 streams generated, Crown Lands will plant a tree and also offer fans a chance to win a vinyl and merch prize pack. Simply connect your streaming account by clicking HERE and revisit the website any time to see how many trees will be planted throughout the campaign.

‘Sun Dance’ is featured on the band’s self-titled debut album, out now on all digital platforms and available for pre-order in limited-edition custom vinyl. The stunning 12-inch record features art designed by Bruno Borges and stays true to the Crown Lands aesthetic; “a reflection of the world we live in, but bent through a heightened, psychedelic otherworldly lens. The colour palette is meant to reflect the sonic palette of the album: warm, inviting, nostalgic. Grand landscapes are what we live for – we spend as much time communing with nature as possible, and it comes out in our work,” describes lead singer and drummer Cody Bowles. 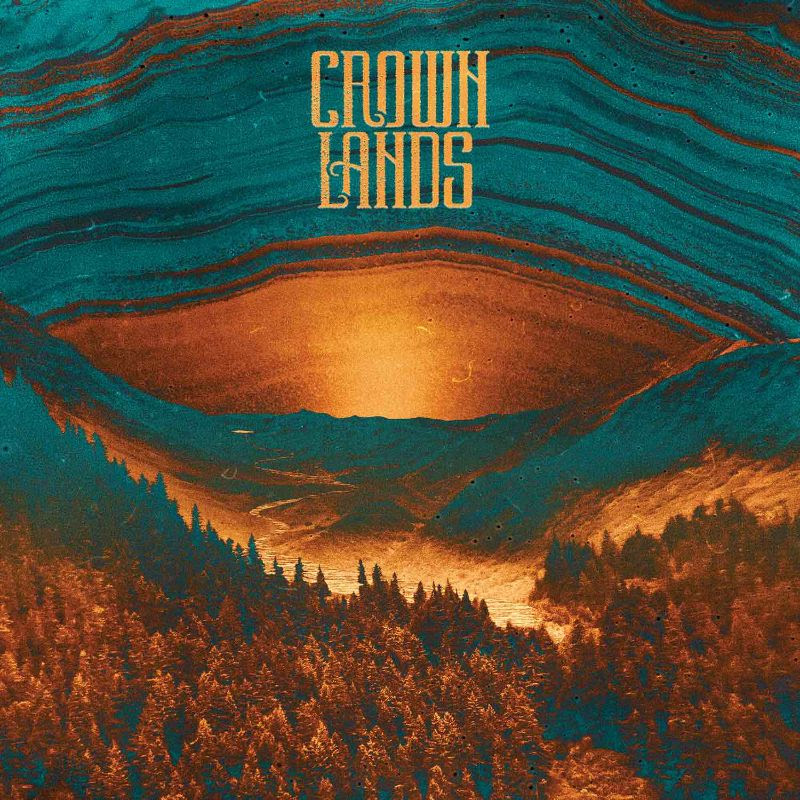 Crown Lands, the album, was recorded in the iconic RCA Studio A in Nashville and produced by six-time Grammy winner Dave Cobb (Rival Sons, Chris Stapleton). On the album, Kevin Comeau (guitar, keys) explains, “We started Crown Lands in 2015 with the view to put out a cohesive body of work. We have finally done that! We started writing this record last year after touring with Primus and Jack White. When we met Dave, we knew he had to be the guy to make this record with us.

“We loved his organic, live-off-the-floor approach and the desire to capture a real performance. He’s a masterful arranger and we spent a lot of time on the Mellotron arrangements on the record. It captures us as we are – two music nerds obsessed with prog rock of old, but with a desire to bring those sounds into modern song writing.”

Upon release, the album was praised by Kerrang! commenting “familiar musical motifs blended into something fresh and distinctive, delivered with a combination of indignation, intelligence and forest-dwelling spirituality. It’s also a hell of a debut.”

The album follows the band’s acoustic EP Wayward Flyers Volume 1 and features four brand new songs as well as three previously released tracks; Crown Lands’ major label debut, ‘Spit it Out’, which Classic Rock observed “jerks along friskily like some kind of adolescent Led Zeppelin, with all the snap, pop and effervescent crackle of The White Stripes.” Their mystical second song, ‘Howlin’ Back’ which American Songwriter described “feels both crazed and focused, hair-raising and relentless.” Plus the most recent release ‘End Of The Road’ which pays a cinematic tribute to the missing and murdered Indigenous womxn, girls, and Two-Spirits along Yellowhead Highway 16 in B.C., known as the Highway of Tears.

After meeting six years ago and bonding over their shared love of music Bowles and Comeau became ‘instant best friends’ and started jamming together in a local barn, switching up instruments, but never straying from a two-piece set-up. Crown Lands have released two EPs Mantra (2016) and Rise Over Run (2017). Making music that brings together a range of influences from folk and blues to psychedelic to prog rock, and drawing on their own intense personal chemistry, Crown Lands are a startlingly fresh jolt of energy.

The group’s name is indicative of their musical ambitions: ‘Crown Land’ is territorial area belonging to the monarch—or, as Bowles puts it: “Crown Land is stolen land and we are reclaiming it.” Crown Lands are on a mission to represent a sense of empowerment for marginalized communities through their music and the weighty subject matter of their lyrics. “People are going to listen to you, so you may as well say something that matters,”says Comeau.