Craig Morgan Releases New Single ‘How You Make A Man’

Headlining U.S. concert tour will follow the release of his memoir — God, Family, Country – out September 27 on Blackstone Publishing 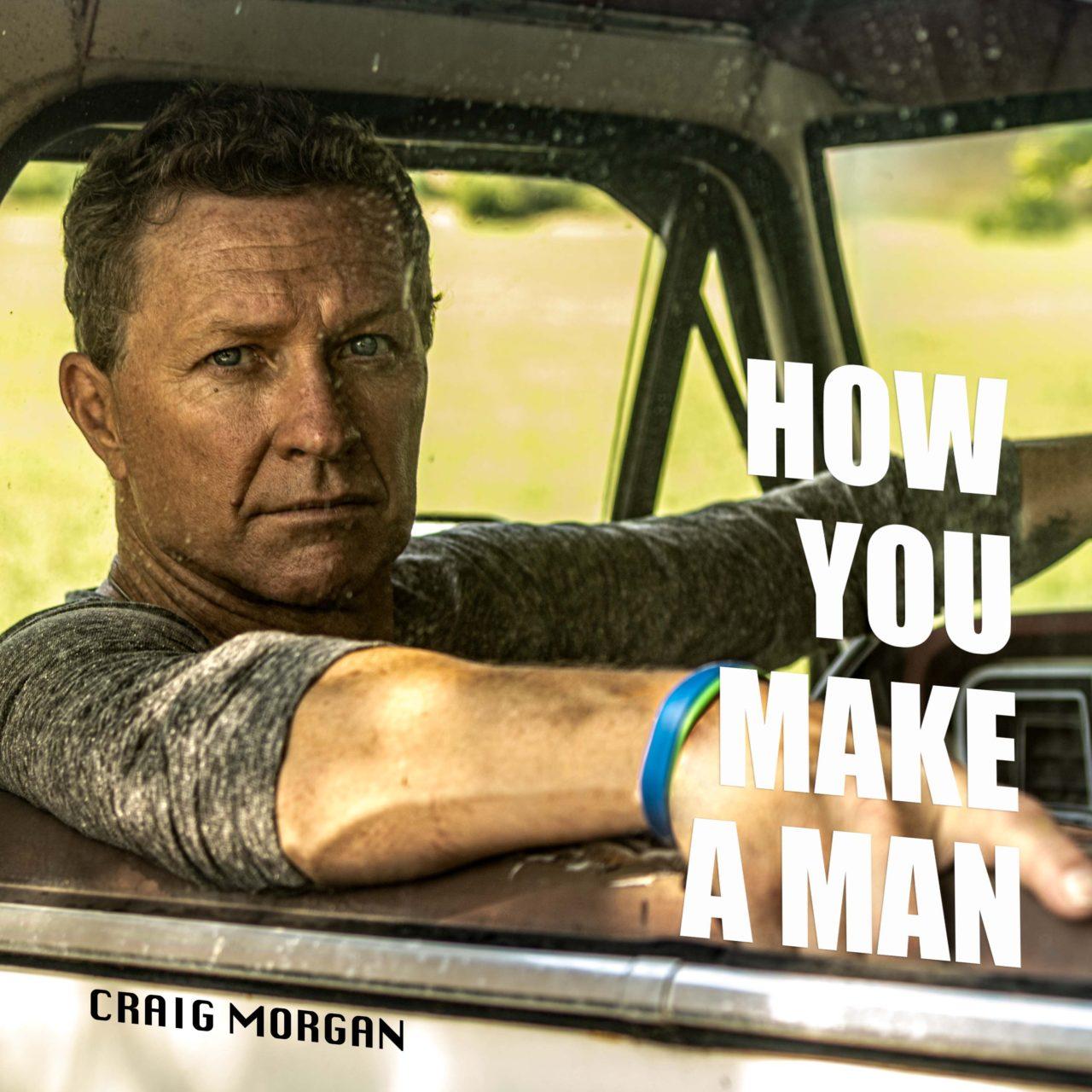 NASHVILLE, TN. — (August 5, 2022) — Craig Morgan, Army veteran, country music hit-maker and star of the CBS series Beyond The Edge, is back with another career song. ‘How You Make A Man‘, written by Michael August, Megan Conner, and Skip Black and produced by Phil O’Donnell, is available starting today, August 5, on all platforms here. The song delivers hard-hitting lyrics with Craig’s iconic voice, leaning on the wisdom gained through life’s triumphs and tribulations. ‘How You Make A Man’ is set to impact country radio on August 29.

“This song makes a powerful statement about how you have to go through things, and sometimes experience difficult things in life, to become a better human,” shares Craig.

‘How You Make A Man’ is the lead track from his upcoming God, Family, Country (Deluxe Edition) set to release on November 11, 2022.  The project, aptly releasing on Veterans Day and coinciding with his headlining show at Nashville’s iconic Ryman Auditorium, features 14 tracks including four previously unreleased songs and will be available for pre-save/pre-order in the coming weeks.

In support of the album, Craig will launch his headlining Operation Finally Home Welcomes “God, Family, Country Tour 2022” with Craig Morgan this fall, playing eleven theater and auditorium dates in October and November. Kicking off October 19 in Green Bay, WI, he’ll be joined by country hit-maker Ray Fulcher to open the shows. Tickets are on-sale now at CraigMorgan.com.

ABOUT CRAIG MORGAN:
A multi-faceted entertainer, Craig Morgan has made a name for himself as a country music icon, TV personality, celebrated outdoorsman and patriotic Army veteran. One of country music’s best-loved artists, Morgan has charted 25 songs on Billboard and thrills massive crowds with signature hits including “Bonfire,” “Almost Home,” “Redneck Yacht Club,” “International Harvester,” “This Ole Boy,” “Soldier,” “Wake Up Loving You,” “That’s What I Love About Sunday” and his faith-filled tribute to his son Jerry, “The Father, My Son and The Holy Ghost.” His upcoming God, Family, Country (Deluxe Edition) album is due November 11, featuring the newly released track, “How You Make A Man.”

Craig received one of country music’s highest honors when he was inducted as a member of the Grand Ole Opry. Prior to becoming a country music star and TV sensation, Morgan spent seventeen years serving our country in the Army and Army Reserves. Morgan remains an avid supporter of America’s military personnel and has made more than 16 overseas trips to perform for our troops. He is a member of the U.S. Field Artillery Hall of Fame and recipient of the USO Merit Award. In 2018 was awarded the Army’s Outstanding Civilian Service Medal, one of the highest awards the Department of the Army can bestow upon a civilian, in recognition of his significant dedication to our military men and women around the world.

This year, Craig put his survival skills learned in the military to work in the new TV series, Beyond The Edge (CBS/Paramount+). Nine celebrities lived in the dangerous jungles of Panama, where they faced off in epic adventures and endured the most brutal conditions to raise money for their chosen charities. Craig competed for Operation Finally Home, which provides mortgage-free homes and home modifications to wounded, ill and injured military veterans, first responders, and their families in honor of their service and sacrifice to our country and community.

This fall, Craig will release his gripping new memoir — God, Family, Country — in partnership with Blackstone Publishing. He details all aspects from his inspiring life, revealing never-before-heard stories including how he worked alongside the CIA as a soldier in Panama, fought sex traffickers as an undercover agent in Thailand, forged his own path to country music stardom, and lives his life by the deepest values: God, family, country.

Find tickets to see Craig on tour at craigmorgan.com and engage with Craig on YUDU by visiting YUDUsocial.com in addition to Facebook, Instagram, Twitter and TikTok.