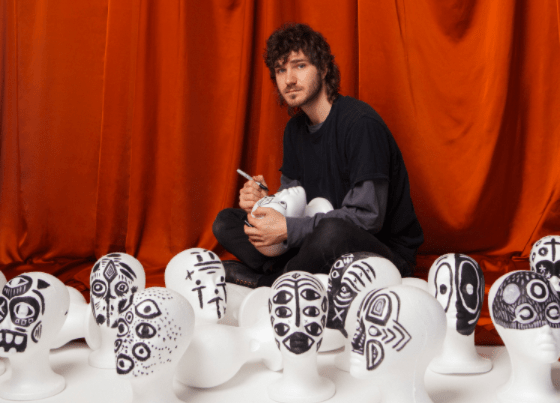 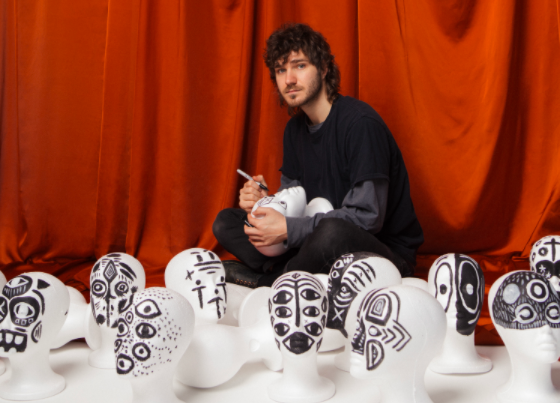 “…the most innovative production processes of the modern quarantine era.”
UPROXX

“Meet Covey, the folk-punk artist building an audience (and a twisted fantasy world) on TikTok.”
The AV Club

“…the distinct, soaring vocals remind me of my first experience hearing Will Sheff sing.”
Flood Magazine

Brooklyn-based and British-born songwriter Tom Freeman, aka Covey, shares another instalment from his upcoming debut album, Class Of Cardinal Sin, in “1991.” While surprisingly spritely in sound, the track finds Freeman wrestling with his past, casting blame equally on his surroundings and himself.

“I came from a broken home,” he says. Freeman chose the name Covey after the street on which he grew up in England. There, dealing with fractured family life, he found comfort in a cassette copy of Enema of the State and painting miniature WarCraft figurines.

Class of Cardinal Sin comes out on June 18 and is currently available to pre-order from Rise Records. “1991” is streaming everywhere and a new video directed by Robert Kolodny is out now.

“’1991′ dives deeper into specific details and moments from my upbringing which have helped make me the way I am today and have contributed to why I struggle the way I do sometimes. The process of reflecting here was almost like the steps one would go through in therapy to figure out where the issues lay at the root. At one point in the song, I think back to the first Christmas I had without my parents. Although I used the song as a means of catharsis in expressing my frustrations, I did also reflect on my shortcomings as well — I think there are very few truly one sided situations so I felt it would be irresponsible and quite frankly unbelievable to not rope myself into this as a contributor to how dysfunctional our family dynamic was.” says Covey 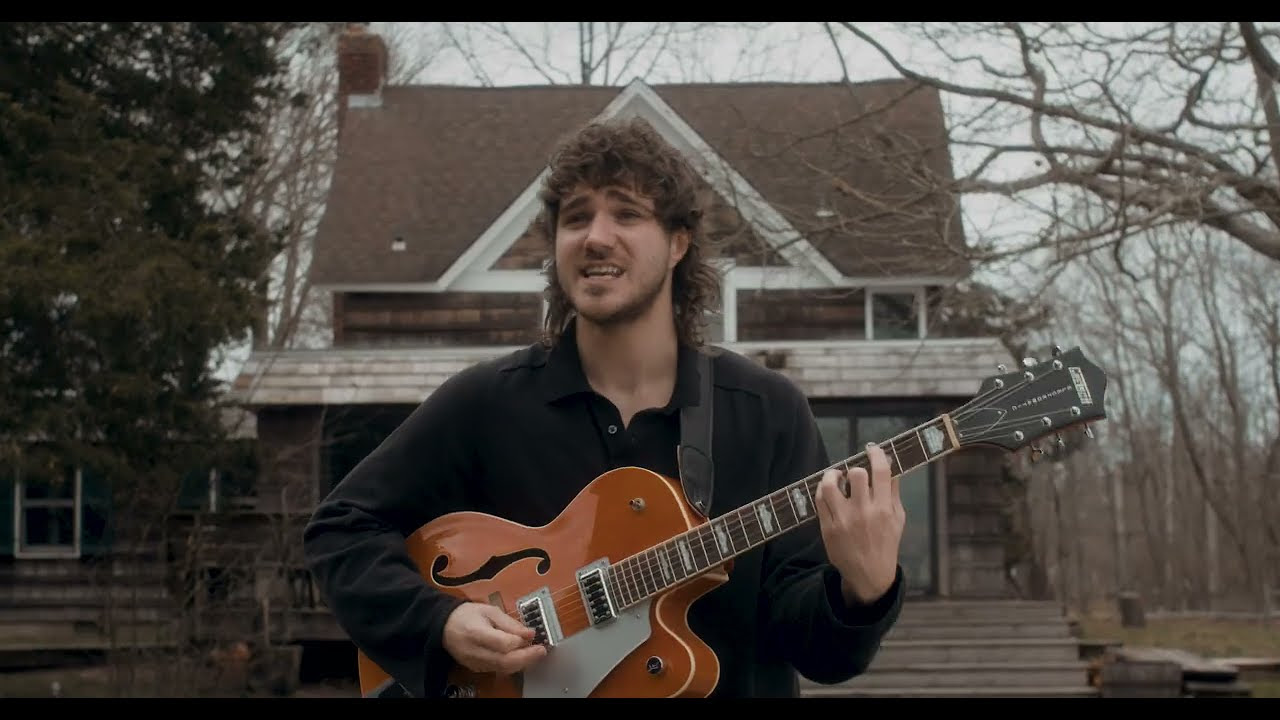 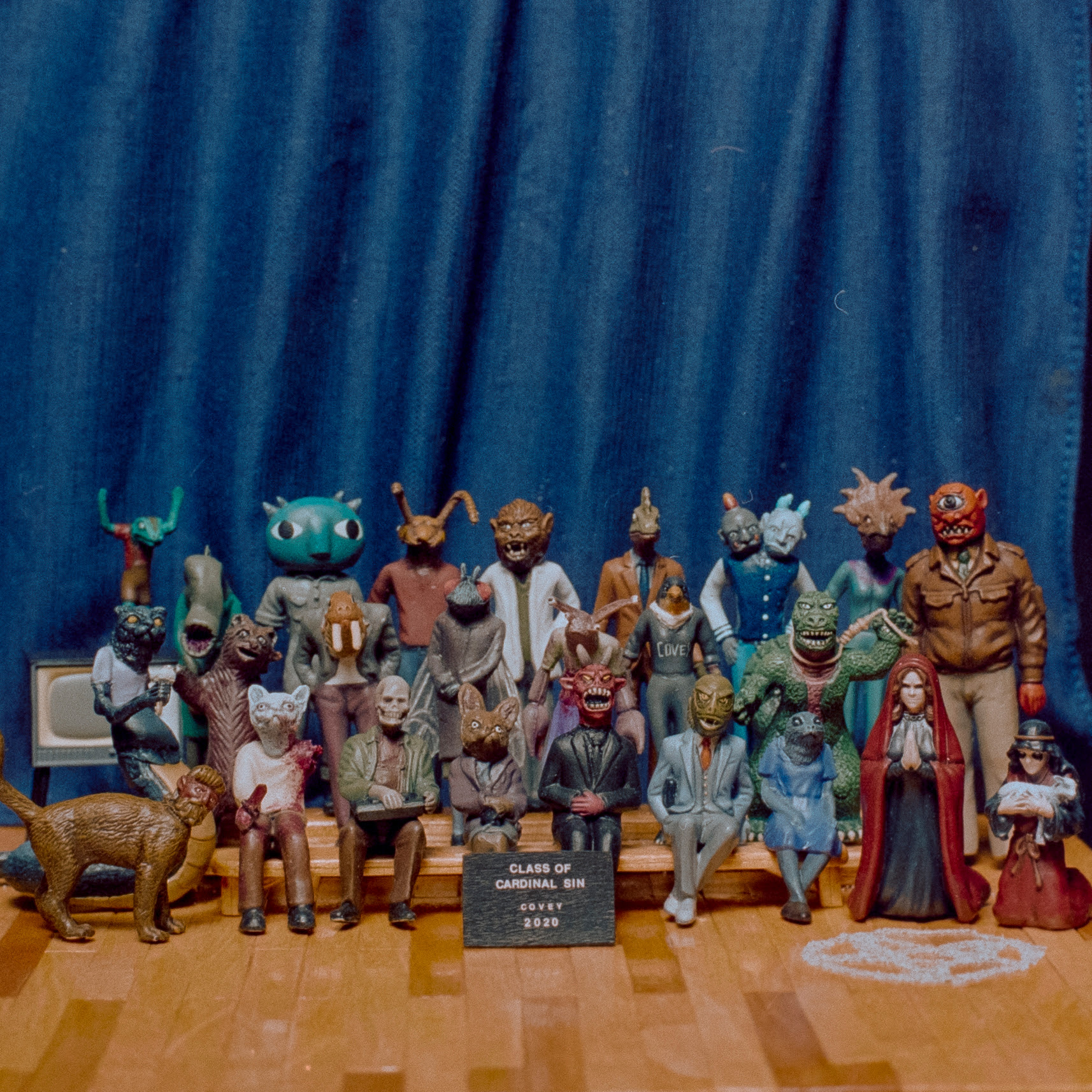 Class Of Cardinal Sin is about high school. Well… it’s about a high school. The record’s cover features a diorama depicting what appears to be a simple class graduation photo. Upon inspection though, the classmates are in disrepair. Some are missing limbs; others are casting satanist spells, and most have a human body beneath the head of a creature. Tom created the scene from top to bottom, and each figurine is a character with a lengthy backstory.

“High school was such a shitty time for me and I always saw it as aiding so many parts of what went wrong for me as an adult, problems I have to this day,” says Freeman. 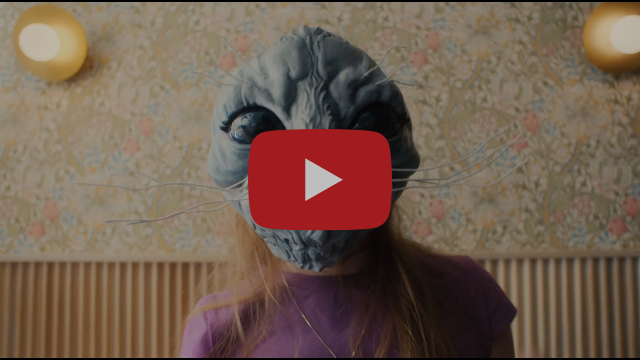 “1991” joins three previously released tracks from the album, including “Cut On The Crease” and last month’s double single “Sam Jam” / “Crooked Spine.” The latter are thematically tied, both sharing stories about his sister.

Based on a true story, “Sam Jam” finds Covey, aka Tom Freeman, seeking internal revenge on the man who once poured scalding hot coffee right on his sister’s head. The video features some of the characters that Covey has been introducing via his fast-growing TikTok channel. A clip of the song is also featured in his “Story of Sam Jam” intro, and currently has over 4.9M views + over 2,700 fan videos made using that same sound.