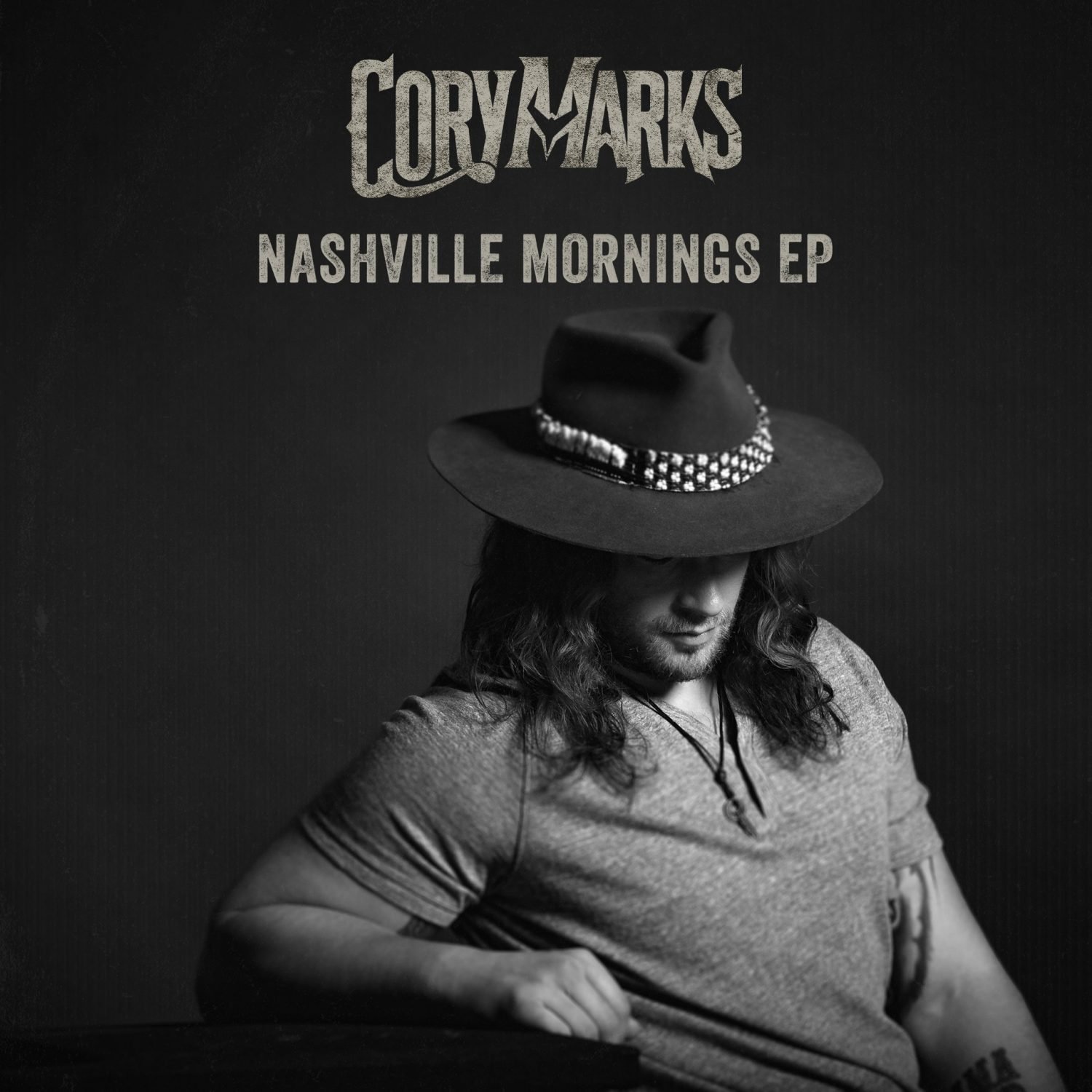 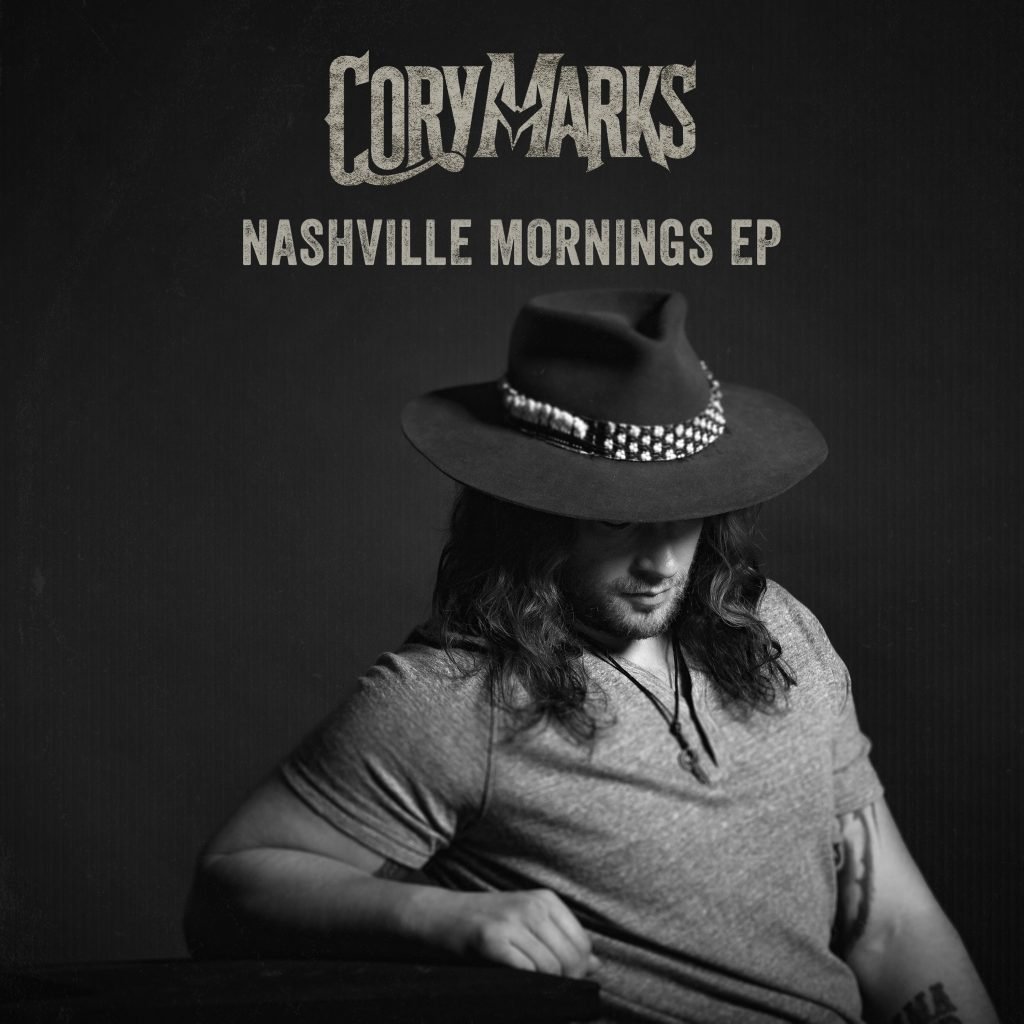 “[Blame It on the Double’] is an aggressive hard-rock anthem of letting loose and thinking only about the next round, the metal-influenced track pairs crunchy guitars and pounding drums with lyrics that nod to country greats” – Sounds Like Nashville

NASHVILLE, TN — June 18, 2021 — Today, Better Noise Music’s resident country-rocker Cory Marks releases his new EP Nashville Mornings, which offers retrospective new takes on some of the singer-songwriter’s fan-favorite tracks. The track listing includes a new country mix of his current anthemic single “Blame It on the Double,” a collaboration with Tyler Connolly of Theory of a Deadman, that was met with critical praise upon its release in April from the likes of Billboard and American Songwriter. An official lyric video for the new country mix premiered today alongside the EP (WATCH NOW). Marks also pays tribute to his music idol Merle Haggard with a stunning acoustic live cover of “If I Could Only Fly.” And rounding out the track listing are three songs from Cory’s debut album Who I Am, including a captivating live version of the title track and a previously unreleased solo version of “Out in the Rain.” The full track listing can be found below. The Nashville Mornings EP is now available for stream or purchase across digital platforms HERE.

In a statement, Marks celebrated the release of the EP saying, “I love sharing my music with the world in many shapes and forms. This EP embodies a specific mood, paying tribute to the city of Nashville – the capital of country music – which will always have an influence on my art. And specifically, I’m honored to be able to sing one of my favorite songs from my favorite artist, Merle Haggard. ‘If I Could Only Fly’ is one of many beautiful songs by Merle. This one is special to me as it makes me think of my Grandma Maisie and my Papa Al.  My Grandma would listen to this song and think of my Papa when he passed away. And now that they’re both together in heaven, this is like a love letter for them, and to them. I’m sure Merle will let them know when it’s out!”

Marks recently announced that he will be joining “Blame It on the Double” collaborator Tyler Conolly and the rest of Theory of a Deadman on their North American tour starting in September. For tickets and show dates, please visit: //www.corymarks.com/

Connolly also joins Marks, along with Jason Hook, in the cinematic visual for “Blame It on the Double,” which premiered earlier this spring. The video includes footage from the upcoming horror-thriller film THE RETALIATORS (coming soon this year from Better Noise Films).  The track, lending itself to the anything-can-happen vibe of the underworld presented in the film’s story, will appear on its highly-anticipated original soundtrack, which also features some of the biggest names in rock, including Papa Roach, Five Finger Death Punch, Escape The Fate and more. Audiences will also be able to see Marks on screen in the feature, as he makes his acting debut via a very special cameo. Watch the  “Blame It on the Double (featuring Tyler Connolly of Theory of a Deadman and Jason Hook)” Official Music Video HERE.

In 2019, Billboard deemed Cory Marks’ top 10 Rock Radio single “Outlaws and Outsiders” the “hit that couldn’t be confined.” The same statement could be said about Cory himself, who has exploded onto airwaves and tour stages over the past few years, making himself known as the next generation of southern rock. Mixing the storytelling tradition of country music and the loud, unapologetic sounds of heavy rock, Cory’s music blasts with an aggressive, soulful edge. 2020 saw the release of his critically acclaimed debut album WHO I AM – spawning fan favorites like “Devil’s Grin” and “Blame It on the Double.”  The album is the product of an artist who knows where he’s been and has many excited to know where he’ll go.

“Outlaws and Outsiders,” which features country music icon Travis Tritt, Ivan Moody of Five Finger Death Punch, and Mick Mars of Motley Crue, was a global hit, receiving more than 33 million streams worldwide, trending near the top of Shazam’s all-genre discovery charts alongside some of the biggest names in music, and already certified gold in Cory’s home country of Canada. Touring forces like Toby Keith and Brantley Gilbert have invited Cory to join them on the road. And despite this, Cory remains grounded and grateful. Rooted in the influence of his hometown in North Bay, Ontario, where he grew up surrounded by its salt-of-the-earth residents, Cory is undoubtedly himself, not just as a musician, but as a person.  He continues to be influenced by the acts that drew him to writing and performing in the first place: The Rolling Stones, Deep Purple, Rush, Ozzy Osbourne, and most notably Merle Haggard, who Cory embodies in his own 21st century way.

With a new studio album in the works and the upcoming horror-thriller film THE RETALIATORS in which he has an onscreen cameo and a song featured on the original soundtrack, Cory has just begun to make his mark(s) on the music industry.