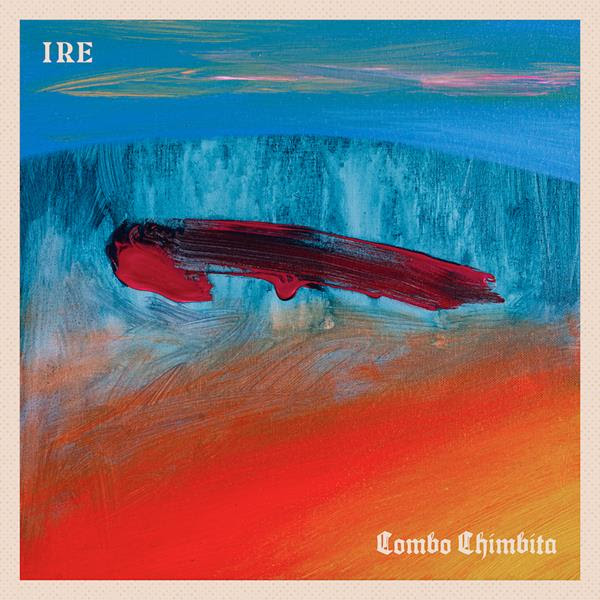 “Combo Chimbita deals with the subconscious, while diving into shared mythologies; the circular guitar riff is hypnotic, while the percussive appeal lifts [their] music to another realm.” – CLASH

Continuing their mystical saga, NYC’s Combo Chimbita roar back onto the global stage with the announcement of their cathartic new album IRÉ today, coming out via ANTI- on January 28. Afro-Caribbean transcendence, bewildering chants, booming drums and psychedelic distortion lay the rhythmic foundation for IRÉ, a testament to the ever expanding scope of Combo Chimbita’s sonic palette and their modes of resistance in realms both spiritual and terrestrial.

Today the band has also shared a video for their new single “Oya” – watch it HERE. Filmed among the ruins of the abandoned Intercontinental Hotel in Ponce, Puerto Rico, the clip features a performance by interdisciplinary queer artist Lio Villahermosa whipping up an offering to Oya, orisha of the wind and ruler of storms.

“Oya is a very powerful feminine deity, goddess of storms and winds, guardian of cemeteries, and an entangled duel between calm and despair,” lead singer Carolina Oliveros explained. “So this song animates that reminder of a nuanced life where many of us share a calm external facade, while facing an internal whirlwind of uncertainty. It’s the meditative sigh that precedes moving forward toward our desires and dreams with conviction.”

IRÉ finds its rallying spark in convulsive present day realities by metabolizing the anxieties of systemic racism, capitalist decadence, totalitarian governments and the attempted erasure of queer and trans people. Early writing sessions in the summer of 2020 found Combo Chimbita grappling with the limbo of the COVID-19 pandemic, while a firestorm of Black Lives Matter protests swept through streets around the globe. Months later, they flew to Puerto Rico to record and mix the LP, bearing witness to the suffocating complexities of the island’s imperialist tether to the U.S.

With every bang of the drum, IRÉ grew into an expanded canvas depicting and defusing existential tension, reaching critical mass in April 2021 as the band departed for Cali, Colombia. Plans to film videos for singles “Mujer Jaguar” and “Todos Santos” were postponed to prioritize and support one of the biggest people’s uprisings in the country’s modern history, where a new generation of Colombians continue the fight against corruption, state-sanctioned violence, and oppressive governance.

“Every day, young people across Abya Yala put their necks on the line,” says Oliveros, whose soaring wails on the wordless lead single “Mujer Jaguar” echo the traumas of her generation and galvanizes a battle cry for the next torch bearers across the album’s storytelling. The release of IRÉ is accompanied by four auto-fictional narrative videos with prominent queer and trans performance artists in Puerto Rico for singles “Memoria” and “Babalawo,” as well as “Oya” and the upcoming “Yo Me Lo Merezco.” The foregoing series, produced by trans director and manager Oscar Diaz, “builds a critical bridge with queer & trans artists whose work illuminate ways of resisting, of living, [and] of stretching into generations of wisdoms,” they added. Each single release has made this clearer, with UPROXX trumpeting Combo Chimbita as “making some of the most incredibly inspired music in the world right now… [and] pushing incredible boundaries in keeping these stories at the forefront.”

“It’s important to listen and feel this worry and the desire to change and improve things,” adds Oliveros, capturing IRÉ’s transcendent purpose to heal and construct a new world through the power of music. Like the jaguar before them, Combo Chimbita carries on; delicate, resilient and roaring. 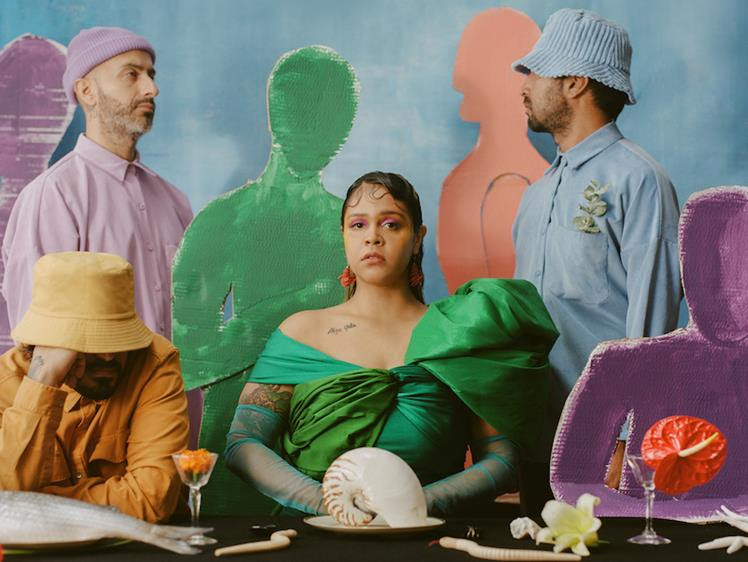