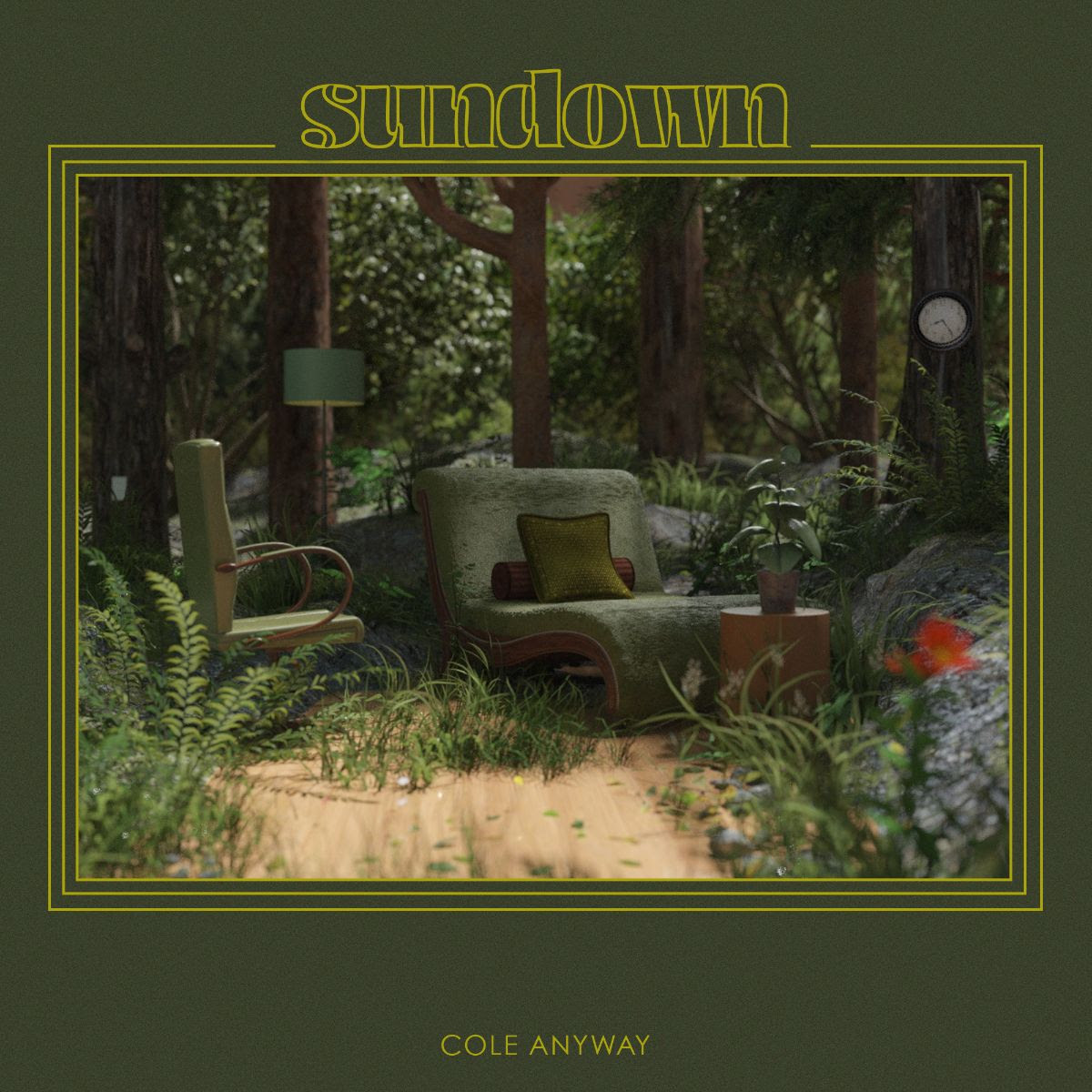 On Friday, LA-based composer and artist Cole Anyway shared his second single “Sundown” with an accompanying visual by Cole Kush. “Sundown” is the final single to be released ahead of the upcoming interactive EP, a collaboration with Canadian filmmaker and animator, Cole Kush (Mac DeMarco, Homeshake, Jerry Paper, TNGHT). Watch + listen to “Sundown” here, and “Tuesday,” here, released last year. Cole Anyway’s Sitting With Stillness EP is out January 29th — pre-order the album on Bandcamp.

Sitting With Stillness is the debut 4-track EP from Cole Anyway, the new project from Cole Emoff, a multi-instrumentalist, video editor and sound designer residing in Los Angeles. As a multimedia creator, he is all too familiar with the trials of creativity: “The EP is inspired by the idea of sitting with the feelings that arise (especially when doing something like releasing music) and just letting them be.”

Emoff began recording in 2018, tracking all instruments and vocals except bass, for which he called on former bandmate Brett Banks of Brooklyn psych band Quicksilver Daydream. A fanatic for detail, he spent endless hours tweaking the songs before deciding to embrace the unpredictability of the creative process. Upon this realization, he sent off the songs to Adam Lytle, frontman of Quicksilver Daydream, for mixing and Jonny Schenke (Parquet Courts, The Drums) for mastering. Ever-inspired by the potential of music and visuals together, Emoff recruited filmmaker/animator Cole Kush to build an interactive video experience for the EP.

Finally having completed this two-year project (interrupted by a cross-country move and editing/SFX work on the TV series The Midnight Gospel), he now breaks into the ambient musical space with a unique and memorable fingerprint. By overcoming the uncertainty and mixed bag of feelings that comes with writing vulnerable music, Cole Anyway sends a raw dreamscape out into the world.