Heavy metal/rock pair Code Noir’s upcoming five-song EP, Jack of All Spades, explores the darkness of the human psyche, drawing from principal songwriter Michael T’s experiences and insight as a professional psychologist. As the final and the second single of the mini-album, the Greek/Swedish group shares the track “Supersonic.”

Michael (vocals, guitars, and bass) informs:
“‘Supersonic’ tells the story of a man who is a slave to his own vanity and narcissism, who had hopes and dreams but not quite enough potential to fulfill them. Through the passage of time, this truth becomes painfully clear to him, so he waits and waits for the liberation that death will bring, striking fast.”

Premiered at MoshPitNation, the track is available on all major digital platforms; stream it AT THIS LOCATION.

The first single, “The Devil Within,” which got its premiere at Metal Insider, can be previewed HERE.

Jack of All Spades releases November 13th on CD and digital formats via Leviaphonic Records; pre-order is available RIGHT HERE. 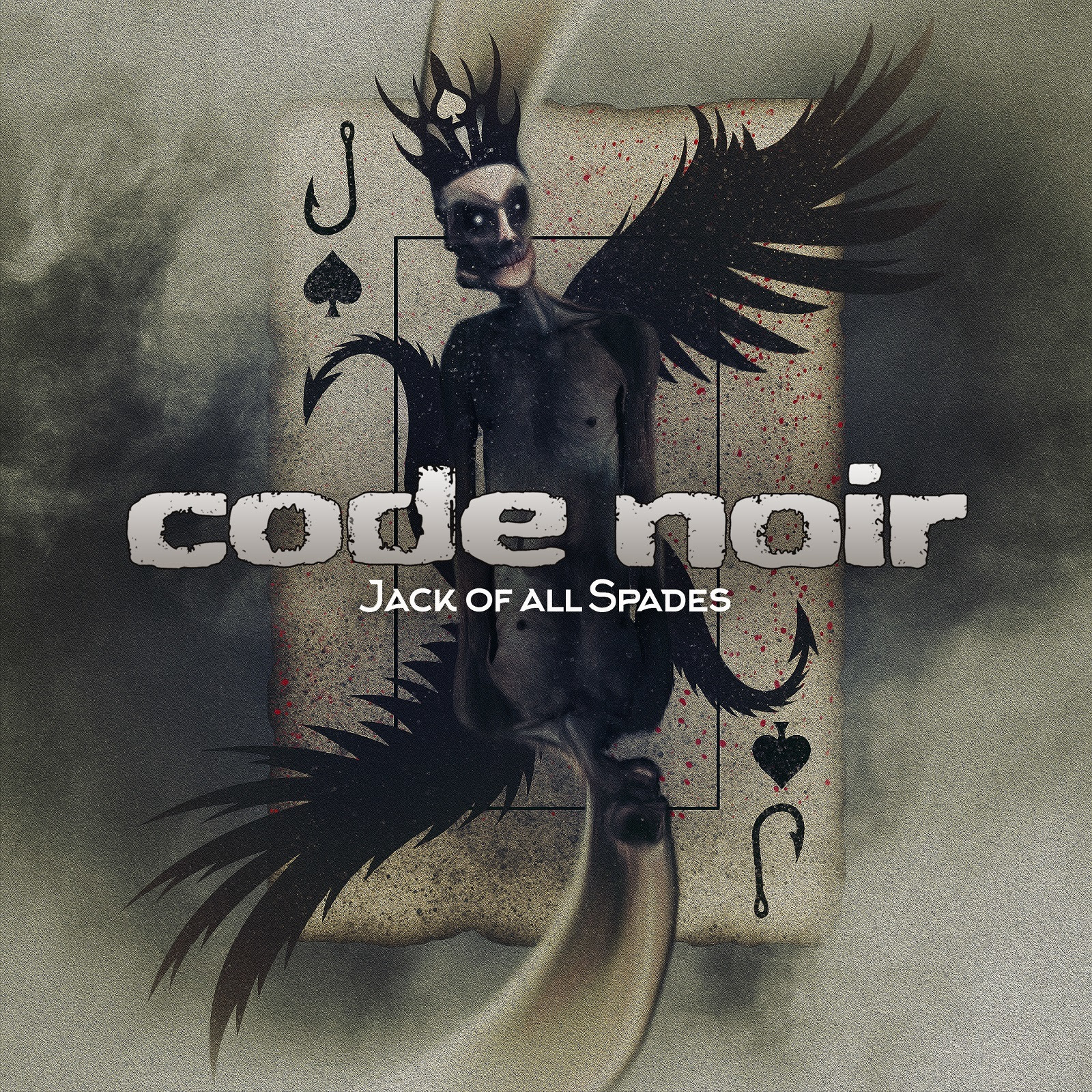 Artwork and Layout by VisionBlack

Code Noir is a heavy rock/metal band, having members from Greece and Sweden. Currently a duo, the group was initially formed in 2015 by Michael T (vocals/guitars), Moth (guitars), Adam Chapman (bass), and Vaart Pilgrem (drums). The members brought their background and experience from a wide variety of musical styles, ranging from theatrical music to punk rock to extreme metal. At the time, their music was a mixture of high energy modern hard rock with metal and punk elements. Shortly before the band entered the studio to record their debut, Moth and Vaart Pilglem left for personal reasons, leaving Michael T and Adam Chapman to continue. The duo completed the recording of “Burn Card,” a six-song mini-LP with two bonus tracks, released by Metal Scrap Records.

After a futile search to complete the lineup, Michael T and Adam Chapman decided that Code Noir would continue as a duo. With the musical style moving away from the punk influences to a much more heavy rock/metal focused sound, work began on new material. This resulted in the upcoming Code Noir Mini-LP, Jack of All Spades.

The lyrics of the EP talk about embracing the dark core that human beings mostly try to hide from others (“The Devil Within”) to avoid feelings of worthlessness caused by the endless pursuit of material gain (“Supersonic”). A relationship lost because of silence is the topic of Words Never Said, while Monarch focuses on manipulation and mind control through dismantling the victim’s personality. Finally, the mini-LP ends on with an optimistic note, as there is always a way to break through the agents of control and forge a new path (“Crucify Their Way”).

Others:
Mixed by Adam Chapman at Black Dawn Studios, Sweden.
Mastered by Tobben Eriksson.
Produced by Code Noir.
Artwork and Layout by VisionBlack.