Circa Waves To Throw Album Launch Party Celebrating Forthcoming Record ‘Sad Happy‘ Out March 13th In London On 6th Of March When The ‘Cider Waves’ Branded Cider Will Be Uncorked For The First Time! 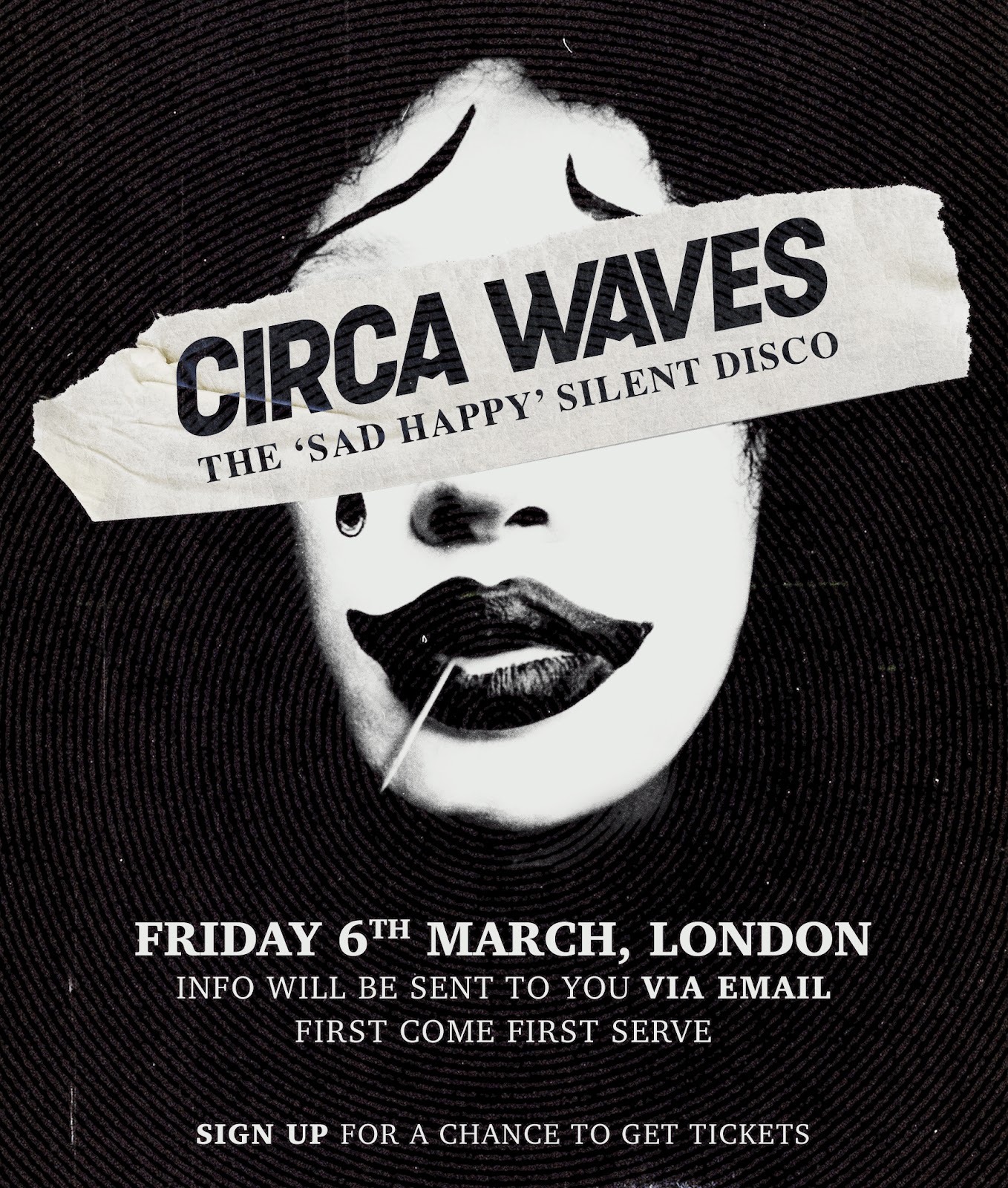 To celebrate planting their own Apple Orchard to offset their carbon footprint, Circa Waves are today announcing details of their own cider brand ‘Cider Waves’. To welcome the new drink and the imminent arrival of their album ‘Sad Happy’, Circa Waves and a group of very special guest DJ’s will be throwing a truly unique ‘Sad Happy’ silent disco on Friday 6th March in East London (venue to be revealed).

‘We’re very excited to announce we offsetting our carbon footprint for touring. It’s something we feel is so important for artists to get involved in and the added bonus is that we are planting apple trees to make our very own Circa Cider.’

“This is the first time a band have approached us about this and we are really excited to assist Circa Waves in planting their first orchard to offset their touring footprint and launch Cider Waves!”

Sure to be a typically raucous affair, the silent disco (6th March, East London location TBA) will see The DJ’s split into two teams, one playing a Happy playlist, one playing a Sad playlist. The room of revellers will then be able to flick between the two diametrically opposed channels on their headphones, curating their own musical journey through the evening. The Circa Waves boys will get the party going, before tagging out to an assorted mix of special guest DJ’s who will dig deep into their crates for joyous and remorseful nuggets of Sad Happy gold.

Fans, party people and downtrodden clowns in need of a dance and drink can sign up for tickets here, with everyone attending receiving a free drink upon arrival.

The small batch boozy brew contines Circa Waves’ heroic quest to give their fans the perfect party, having previously seen the Circa Waves Tavern pop up in Camden, hosting a string of hazy, hedonistic parties in Spring of 2019.

An album of our times, ‘Sad Happy’ (out March 13th on Prolifica Inc / [PIAS]  is formed of two diametrically distinctive sides, released individually as ‘Sad’ and ‘Happy’. ‘Happy’ was released earlier this year and is available to stream here. The ‘Sad’ side will be united with the ‘Happy’ side to form the full physical ‘Sad Happy’ release on CD and vinyl formats on 13th March via Prolifica Inc / [PIAS].

The single ‘Sad Happy’ was first unveiled last month when it was released alongside news of the now sold-out Circa Fest, a one day festival in Liverpool curated by Circa Waves. On Saturday 4th April, the band will take over Liverpool and celebrate the city’s most exciting new and emerging acts, paying tribute to some of the most iconic long-standing venues Liverpool has to offer. Hosted across Liverpool University, Zanzibar And Jimmy’s, the likes of Red Rum Club, Spinn, Pizzagirl, Harrm, Children Of The State, Abby Meysenburg, The Mysterines (Dj Set), Zuzu (Dj Set) and of course Circa Waves will perform throughout the day into the early hours.