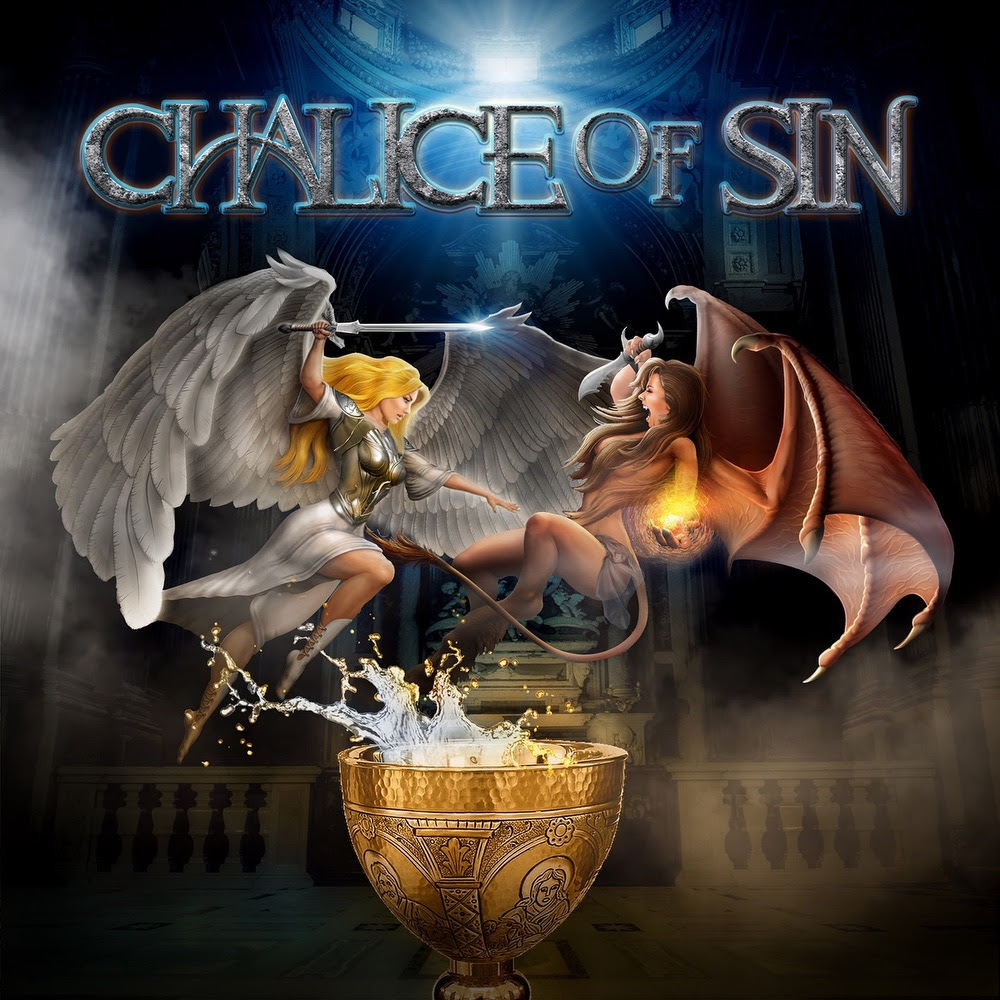 Chalice Of Sin is a sensational new heavy metal machine masterminded by vocalist Wade Black (Crimson Glory, Seven Witches, Leatherwolf), who hooked up with powerhouse producer Alessandro Del Vecchio after sharing songs he had been working on with the Frontiers label. Joined by guitarist Martin Jepsen Andersen and drummer Mirkko De Maio, their resulting debut album is an excellent slab of classic metal akin to Savatage, Crimson Glory and Metal Church.

“Myself and my writing partner Rich Marks had a grand vision of how we wanted to approach this record,” explains Black. “Our inspiration came from many sources, but especially things that have affected the world over the last year, plus the challenges we face as humanity and the hardships that come with it. Given the opportunity to work with this group of talented musicians, the planets aligned and together we have created a stellar record that we are all very proud to be a part of. We hope that everyone enjoys the album as much as we enjoyed creating it!”

In regard to their eponymous first single, Black adds: “As a whole, it is more of a statement that people in all standings in life go through hard times, no matter if you are a King or a commoner. The temptation to do the wrong thing is always there. It is like the angel on one shoulder and the devil on the other analogy. It’s not the problem, it’s how you solve it.”

Wade Black long ago made a name for himself in the metal genre by fronting bands such as Crimson Glory, Seven Witches, Leatherwolf, Leash Law and War of Thrones. He has featured on numerous albums and also toured extensively. He first came to attention with his band Lucian Blaque, which formed in 1990, before putting his knowledge of vocal techniques to work as an instructor at a music conservatory in Florida in the middle of that decade. His ability to soar through a three octave-plus range made him an in-demand instructor for aspiring vocalists in all genres of music.

In 1999, Black took over as vocalist for a reactivated line-up of Florida metallers Crimson Glory, releasing the album ‘Astronomica’ with them and touring to promote it. His skills as both a vocalist and frontman subsequently kept him in demand and he went on to record and perform with established underground acts like Seven Witches and Leatherwolf, plus various other collaborations.