Cesspool Of Corruption // Requiems of the Ignominious // Album Review 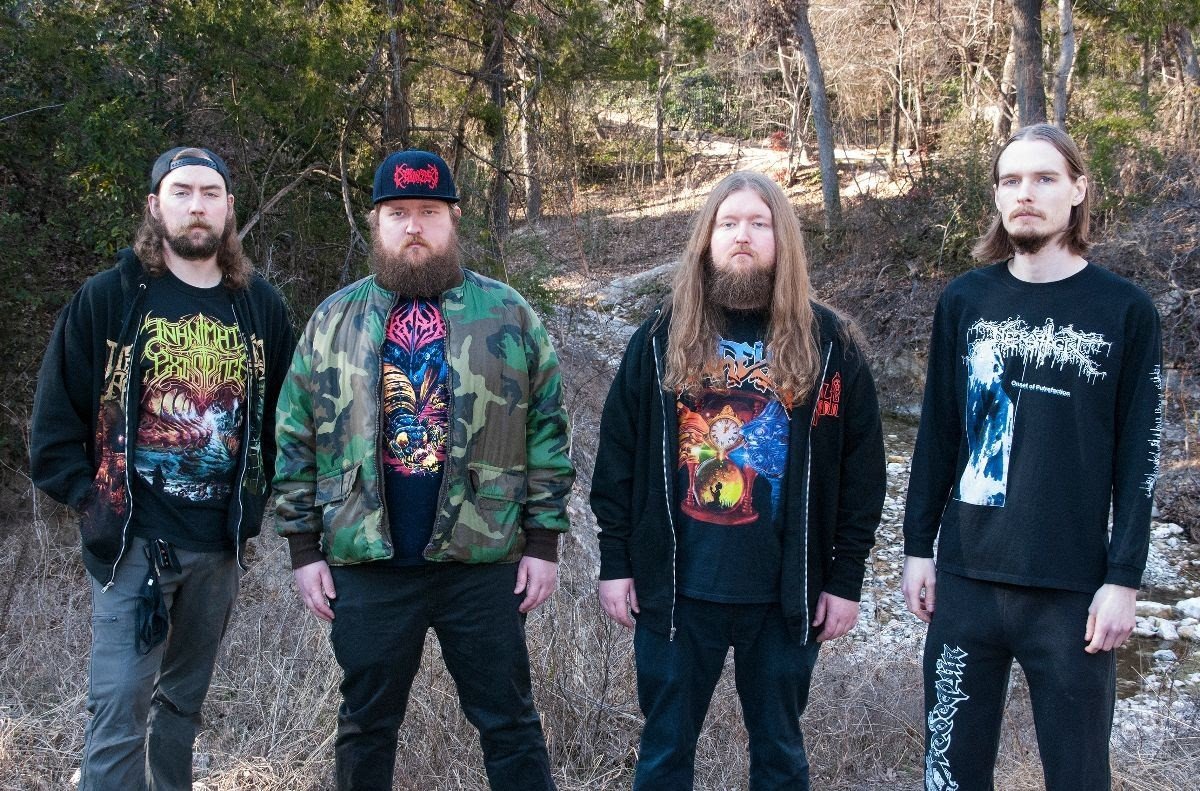 Over the past few years Texas has been engulfed with a slew of killer new death metal bands. Frozen Soul, Tribal Gaze, Creeping Death just to name a few.

Texas can now add Cesspool Of Corruption to that list of top tier names.

“Requiems of the Ignominious” is the band’s full length effort. After a EP in 2016 the band are here with 8 tracks of brutal death metal.

Clocking in at just over 35 minutes this album gives you what you want.

A slew of tracks brutal from the beginning to end, enough technical aspects that keep the whole album refreshing & interesting, and tracks that are so well produced that it makes you want to listen to the album multiple times.

Smashing straight in with “Insidious Inheritance” with no intro or thrills, just straight up Cesspool Of Corruption’s brand of death metal.

From the bat the stand out elements to the track is the HUGE drum sound from Brennan Shackelford. The drums, toms & cymbals sound so big, crisp & acoustic. Which is so refreshing within a modern death metal album. The only thing that lets it down slightly for me is the volume & sound of the double bass. They are either triggered or just loud in the mix, but sometimes it can overthrow the whole drum sound which is a shame!

The next highpoint is Blake Humphrey & Matt Leach’s vocal performance. Reminiscent of Trevor Strnad (The Black Dahlia Murder), mixing both high & low screens to create this ugly, ungodly vocal approach which fits super well with the bands overall sound. Some other vocalists try to pull this off & fail.

The icing on the very brutal cake is the guitar sound plated by Blake & Matt Leach. I could blanket terms with these guitars and say they are technical which to some degree they are. But they also add some brilliant melodic elements to the band’s overall sound. Like Nile & Carcass the guitars carry the sound throughout the album and drive the band to different ways & multiple genres within death metal

In the end for a first effort this record is huge & a great listen.

Within time Cesspool Of Corruption could become huge within the underground death metal scene by using this album as a jumping board.

The next album has the chance to be groundbreaking for sure! 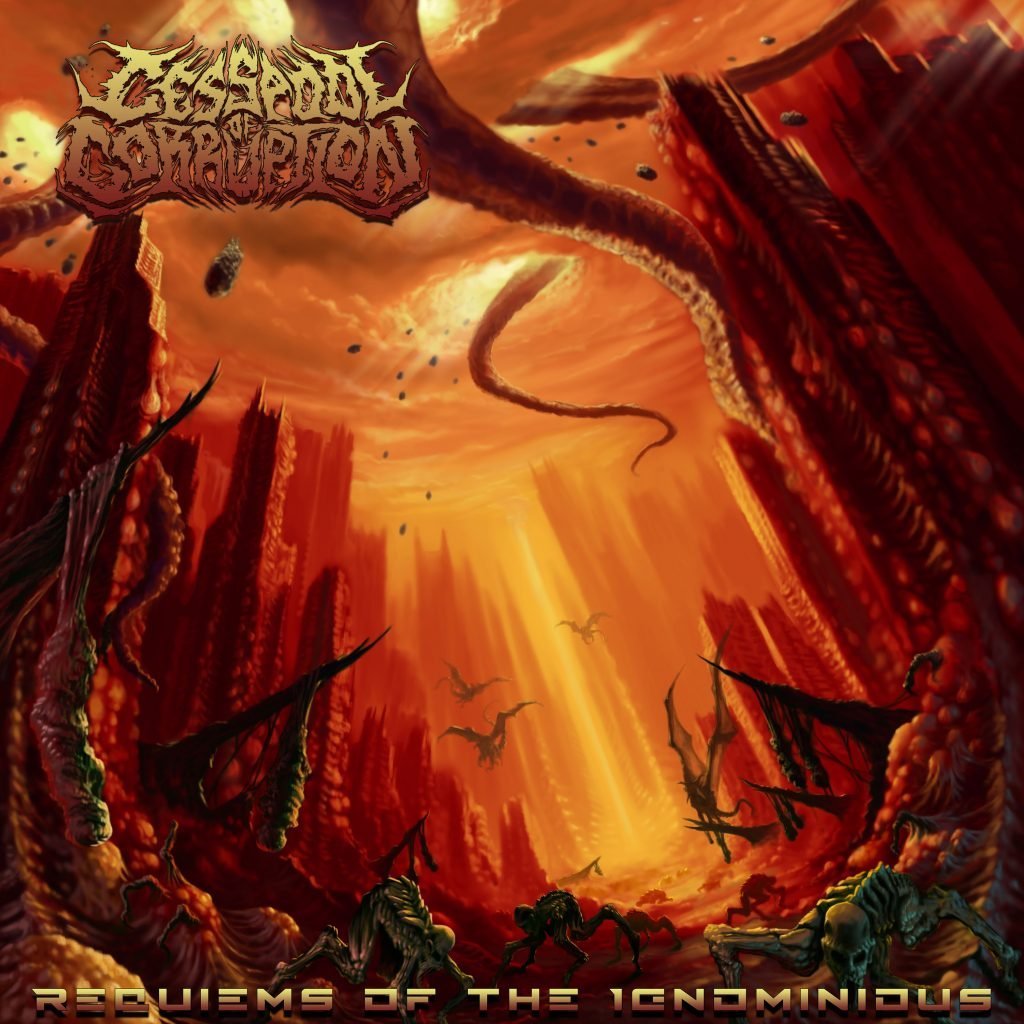 Cesspool Of Corruption // Requiems of the Ignominious // Album Review
9