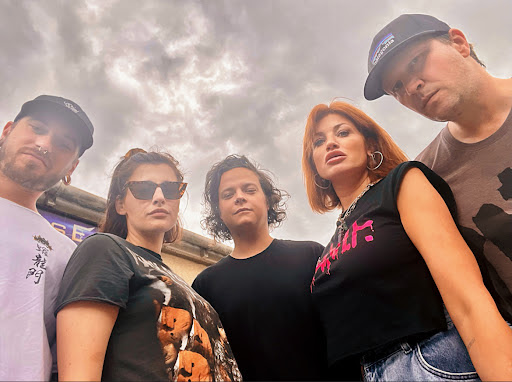 The single arrives as the first teaser of the band’s debut EP: ‘Binman’, due 15 July.

Chewing through an angsty yet melodic mesh of jittery guitar strums and a melodic and catchy chorus, Cat SFX’s latest offering boasts the breadth of the band as they embrace more ethereal sonic territory that nods to the works of alt/rock visionaries like PJ Harvey or 80s new-wave trailblazers like Psychedelic Furs.

Where recent single “Rodeo” was outspoken and punk-powered, “Binman” arrives as an all-the-more measured affair, with glistening rhythmic guitar lines undercutting crystal-clear vocals that touch on the inner struggles that come with clearing up the wreckage of your own mistakes.

“”Binman” is about a toxic relationship: the one between me and alcohol. It’s about the fights that you have with your loved one because you’re so drunk again and have caused carnage, and you’re trying to pick up the pieces the next day. And you make up all these excuses, to yourself, to others. So I’m the Binman. I’m the trash that needs taking out.”

Coming as the band’s sixth release to date, the new track is organic and infectious in equal parts, and serves as a teaser of the band’s forthcoming ‘Binman’ EP, due 15 July 2022 via It’s Creation Baby.

Grappling with a range of personal and self-effacing issues, the new EP sees lead single “Binman” joined by three new tracks including the anthemic punk-tinted cut “Rip This Love Out Of Me” and the enduring and outspoken “Driving Blind”.

With colours of grunge, britpop, 80s new wave and straight-up punk running through the EP’s meticulous tapestry of sound, Cat explains of the new extended release:

“The ‘Binman’ EP is a journey of sorts of all the demons that I’ve been wrestling with. Love, mental health, addiction… I just wanted them out of me. Writing has been cathartic, we just wanted something raw and honest. Inspiration wise we looked to the music we love: Psychedelic Furs, PJ Harvey, Nirvana, Britpop, new wave and grunge.”

Another formidable string in Cat SFX’s ever-enticing bow, “Binman” comes as one in a stellar run of singles including the exhilaratingly outspoken “Rodeo”, sassy and strutting punk-rock cut “Upside Down”, thrashing, NME-praised “Reunite”, and stadium sized “All The Money In The World”, which received critical acclaim from The Times, and gained the band a 3-page feature in Rolling Stone Italia as well as airplay from Jack Saunders on BBC Radio 1.

Recalling the outspoken punk-rock spirit of X-Ray Spex, The Pretenders and Garbage, Cat SFX is the joint brainchild of Anglo-Italian artist Caterina Speranza (vox) and Gordon Mills (drums). Also featuring Ben Sink (guitar) and Jacob Morris (bass), the band expanded to a five-piece in 2022 with the brand new addition of Beth Mills (on backing vocals & keys).

Currently signed to Alan McGee’s tastemaker label It’s Creation Baby and no strangers to the London rock and roll scene, Cat SFX are now quickly establishing themselves as one of the capital’s must-see live acts. Dazzling at various ‘Alan McGee presents…’ showcases and going down a storm at major venues in support of CAST earlier this year, catch the quintet tearing up a venue near you very soon. 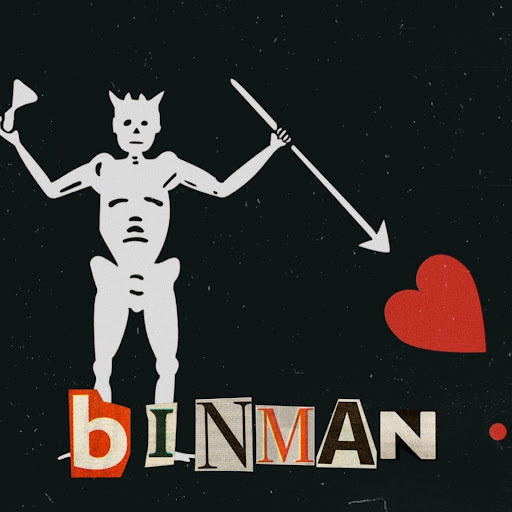