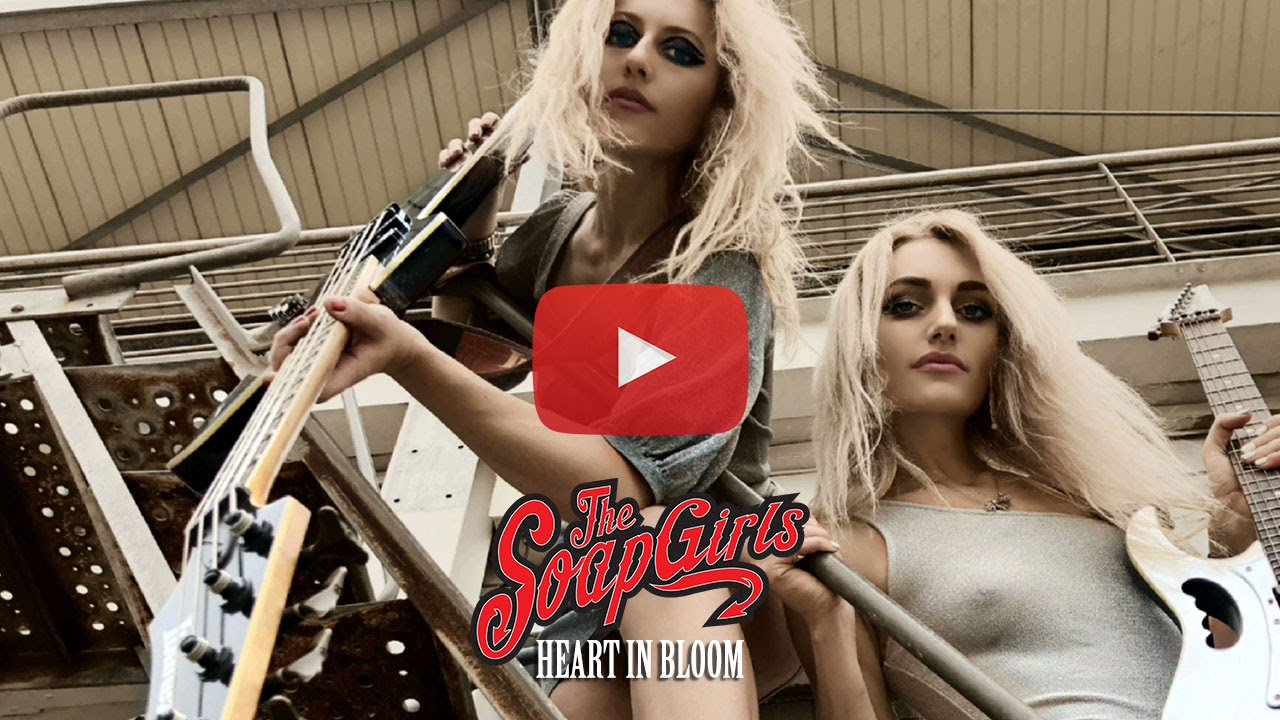 South African based revolt-rock duo The SoapGirls have today released tribute to hope and love in pandemic lockdown, with their new single & cinematic video ‘Heart In Bloom’, marking the beginning of their much anticipated fourth album: https://youtu.be/bzU7oWHmyU8

“Heart In bloom is about being apart through distance whether in life or death from the person or persons you love. It’s hard when you can’t be with or see someone who has your heart. Being on tour all the time we were always able to see people we love, but with this madness in the world going on and not being allowed to move around it makes the ache of distance even harder because it’s out of our hands, and so the track is about ensuring that you keep your heart full of hope, as real true love and friendship is a bond that can never break”– The SoapGirls
While the world stands still, the fearless French-born sisters Millie and Mie have persevered at the polar opposite, embracing 2020 and news of cancelled tours to deliver over 100 live-steamed shows and counting, taking fans on a raucous virtual worldwide tour, from country to country, theme to theme, and with not one set, costume or theme the same [view on YouTube]. Now in 2021 and with their virtual tour still in full-swing, The SoapGirls took to the idyllic beaches of Cape Town and a once-thriving beach-side entertainment venue to film ‘Heart In Bloom’, blending encapsulating choreography and cinematic visuals, to accompany hook-filled melodies, over driving musicianship. The start of what’s to come as the debut track from their long-awaited fourth album.
Armed with unforgettable melodies and catchy choruses, The SoapGirls energy, rawness and authenticity has earned them a formidable reputation. From starting out as street performers selling soap at the ages of 8 and 9, The SoapGirls have gone on to deliver scintillating performances internationally at the likes of Rebellion / Camden Rocks Festival, landing features in the likes of Classic Rock Magazine / The Mirror / Vive Le Rock, slaying critics, breaking off major label deals, and continue without compromise amassing a global group of dedicated followers, provoking enviers and haters on their way.
Cinematic, audacious and straight from the heart; watch / stream The SoapGirls new anthem ‘Heart In Bloom’ via YouTube, Spotify, Apple Music and all other outlets now: http://smarturl.it/TSGheartinbloom