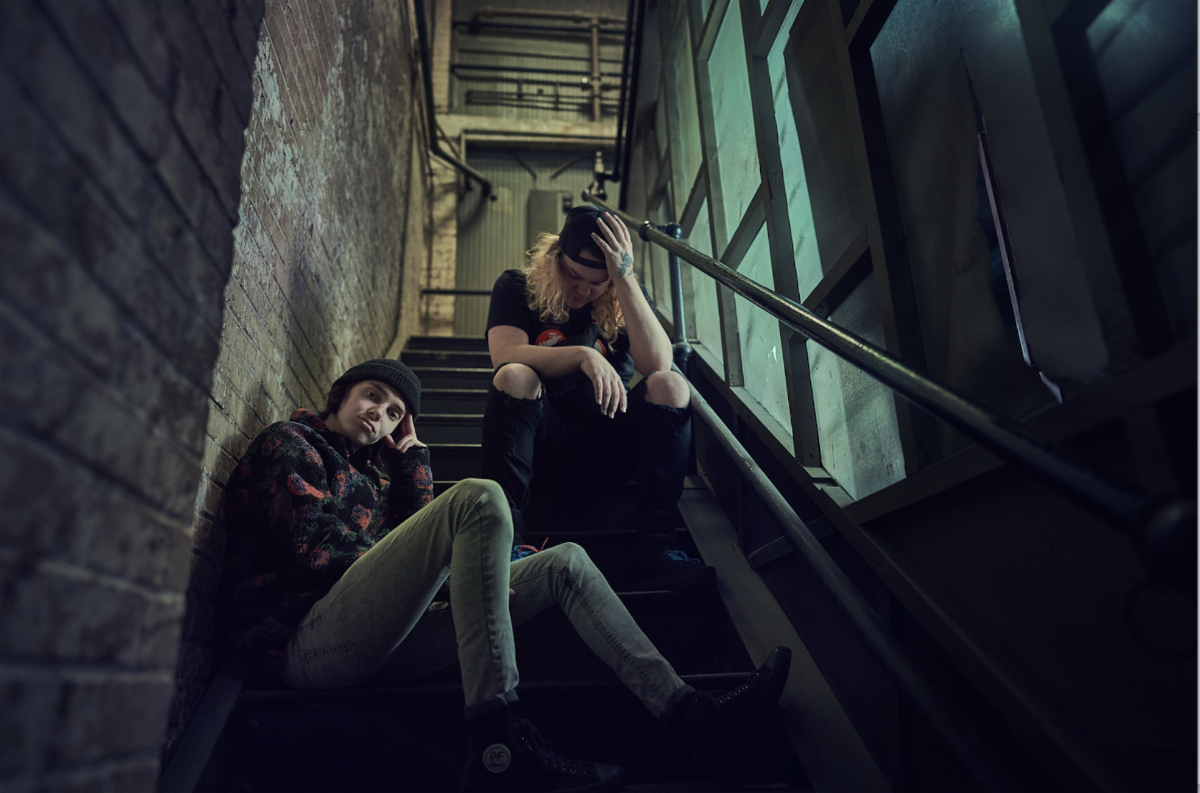 Photo Credit: Ryan T. Phillips
Alternative-pop duo Calloway Circus have announced their latest album, Entropy, out February 14th, 2020. Fans can check out the music video for the first single, “GRAY“, now: http://bit.ly/34KUK9z
“GRAY” is also available to stream or download, here: https://ffm.to/ccgray
Lead vocalist Ben McGuiness wrote Entropy at the age of 19. He collaborated with a number of producers and songwriters during the process to mold what would eventually become the final album.
Entropy was produced by Jeff McKinnon and Evan Seeberger in Lancaster, PA. Additional production was done by Jesse Cale (“Kind to Myself”) and Josh and Noah Ryan (“Oxygen”). Jimmy Alexander, lead singer of Awaken I Am, mixed “Mess”, “GRAY”, “Look What You’ve Done”, and “Lose Your Mind”.
Driven by tireless creativity and endless fan support, Calloway Circus have been able to push through the St. Louis music scene and rise with the best of them.  Since beginning in 2015, the group has released two LPs and several singles. All the songs were written during Ben’s teenage years and are no longer public. While the songs did help build their current fan base, he no longer feels they represent the current state of the band accurately, but may release some of the older material in the future.
Calloway Circus has seen fast growth within their hometown, going from their first show in 2015 to headlining sold out shows a year later. In 2018, they took to the road and played coast to coast U.S. shows.
“The album ‘Entropy’ is about personal chaos and how to get through it,” McGuiness explains. “I made this for myself, but I hope it helps others get through what they might be dealing with. I want everyone to hear it and feel something. I think our goal it to try and make that possible with all opportunities in the coming year.”
Calloway Circus is Ben McGuiness (vocals, guitar, bass, keys) and Tyler Andrew (drums).
With a new record set to release in February 2020, a summer tour on the horizon, and writing sessions in the works for their next endeavor, there’s no slowing down for Calloway Circus come 2020. For more information, please visit: https://www.callowaycircus.com/
Entropy Tracklisting: