FROM THE NEW ALBUM THE ART OF SURVIVAL 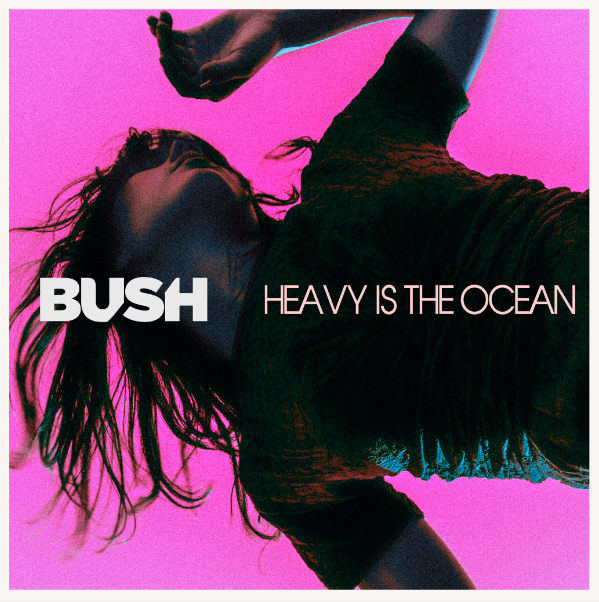 Iconic GRAMMY® Award-nominated rock band BUSH are set to return with their long-awaited ninth full-length album, The Art of Survival, scheduled for release October 7, 2022 via BMG.

Following the release of hard-hitting first single “More Than Machines”, currently Top 12 in the U.S. Rock charts and described as “hypnotic” by the NME, BUSH have unveiled the album’s powerful and explosive opening track, “Heavy Is The Ocean”.

As soon as Gavin Rossdale heard the riff he said, “Oh Lord, this is going to open the record. It really sets the tone and the gravitas of the album. I love the power of the ocean. It’s mesmerising to me. It feeds your soul. The song uses the imagery I love. At this point, I’m chained at the zoo of rock! So, I was like, ‘Fuck it, I’m going to turn that puppy up. This one definitely represents “The Art of Survival”.

BUSH wrote and recorded what would become The Art of Survival during 2022, reteaming with Erik Ron [Panic! At The Disco, Godsmack] who produced “Flowers On A Grave” and the title track for the group’s acclaimed previous album, The Kingdom (2020), and collaborated once again on two tracks with film composer, musician, and producer Tyler Bates [300, Guardian of the Galaxy]. The central theme speaks to both the human spirit’s resiliency in the face of trials and tribulations as well as the band’s own enduring place as rock outliers.

Rossdale adds, “Instead of being mournful or self-piteous, this is about the success stories of humanity’s survival against the odds. People just find a way to push through. We’ve all obviously suffered in varying degrees. I think the nature of life is the art of survival. Everyone is being tested all of the time, but we find a way. In recent memory, we’ve made major strides and shown great resilience in the face of war, endless instances of racism, gender politics, a pandemic, and a melting pot of what we’ve experienced. For me, The Art of Survival encompasses all of this.” 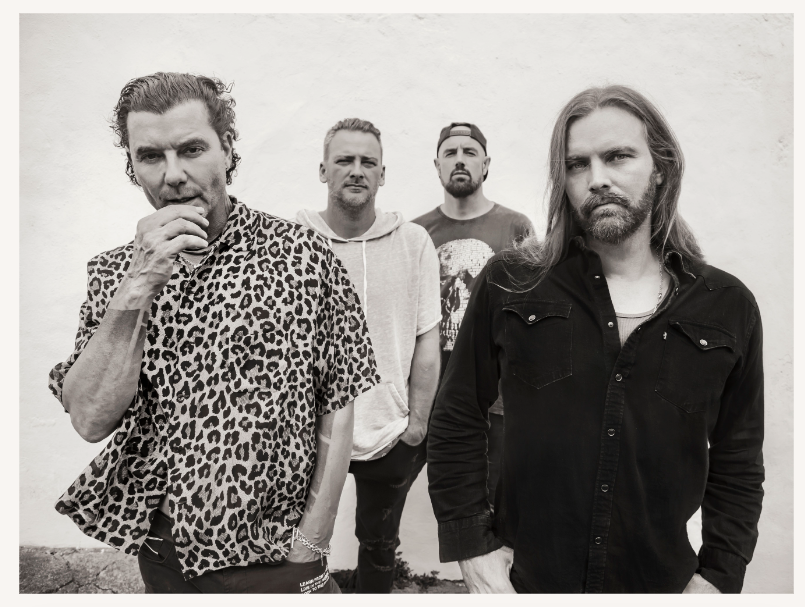 THE ART OF SURVIVAL TRACKLISTING:

Currently amidst one of the hottest rock tours of the summer, BUSH are on the road with Alice In Chains and Breaking Benjamin for a massive North American jaunt, rolling through amphitheaters and sheds coast-to-coast for eight weeks. The tour kicked off on August 10 in Burgettstown, PA at The Pavilion at Star Lake, is visiting major cities everywhere, and concludes on October 8 in Mansfield, MA at Xfinity Center. Check out the full confirmed itinerary below. 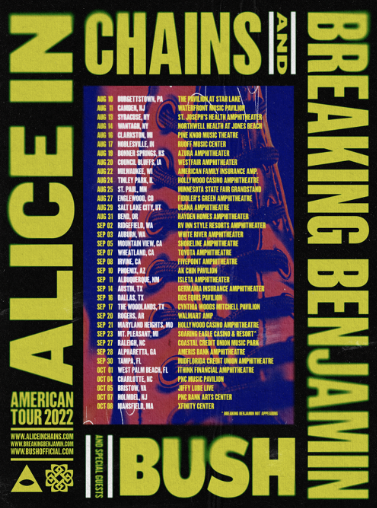 After three decades, 20 million records sold, a GRAMMY® Award nomination, 1 billion streams, and a procession of #1 hits, BUSH stand tall as rock outliers whose imprint only widens as the years pass. Turn on rock radio, and it won’t be long before you hear “Glycerine” or “Machinehead.” On the big screen, their music courses through blockbuster franchises such as John Wick. On the road, they regularly pack amphitheaters and ignite festival stages. In 1994, the group delivered their seminal debut, Sixteen Stone. It notably achieved a six-times platinum certification, remaining a pillar of modern rock. Rolling Stone cited it among “1994: The 40 Best Records From Mainstream Alternative’s Greatest Year,” while Stereogum exclaimed, “It feels like music untethered from time, separate from its history.” The triple-platinum follow-up,

Razorblade Suitcase, bowed at #1 on the Billboard Top 200 and boasted “Swallowed,” which garnered a GRAMMY® Award nomination in the category of “Best Hard Rock Performance.” Their catalog spans the platinum The Science of Things [1999] through Black and White Rainbows [2017]. Most recently, 2020’s The Kingdom arrived to acclaim highlighted by “Flowers On A Grave” and “Bullet Holes.” Thus far, they have notched 23 straight Top 40 hits on the Modern Rock and Mainstream Rock charts, earning six #1 entries. As indefatigable as ever, they’re still here too, which brings us to their ninth full-length offering, The Art of Survival [BMG]. These twelve tracks aren’t just the sound of a band surviving though; they’re the sound of a band bucking trends, breaking ground, and besting even their most celebrated canon.