BUÑUEL TOURING THEIR THIRD ALBUM OF VISIONARY ROCK, KILLERS LIKE US IN JULY

BUÑUEL TOURING THEIR THIRD ALBUM OF VISIONARY ROCK, KILLERS LIKE US IN JULY

Unforgiving, merciless, beautiful, BUÑUEL have just released their third album, Killers Like Us via Profound Lore and La Tempesta International and today announce live dates for July – dates below. 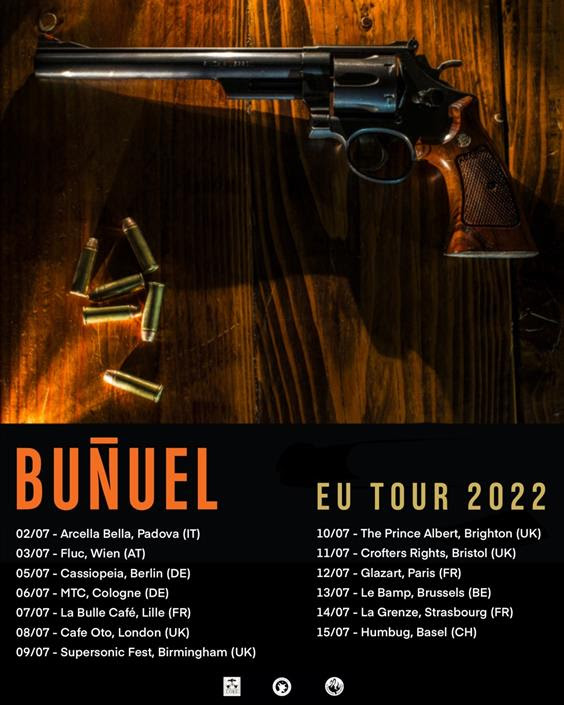 BUÑUEL’s album Killers Like Us — the third part of a trilogy that started with A Resting Place for Strangers, and then The Easy Way Out – is a killer addition to the canon of good music for bad people. BUÑUEL’s unpredictable amalgam of angular rhythms, drum salvos, blitzkrieg guitars and vocals that sound more like threats than promises is post-punk, proto-heavy and arty (as in avant-garde noise).

BUÑUEL are a near-super group of global significance boasting the sound work of the Italian trio of guitarist Xabier Iriondo (Afterhours), the bass of Andrea Lombardini, and the drums of Francesco Valente (Il Teatro Degli Orrori, Snare Drum Exorcism, and Lume), along with the vocals of Eugene S. Robinson (OXBOW). 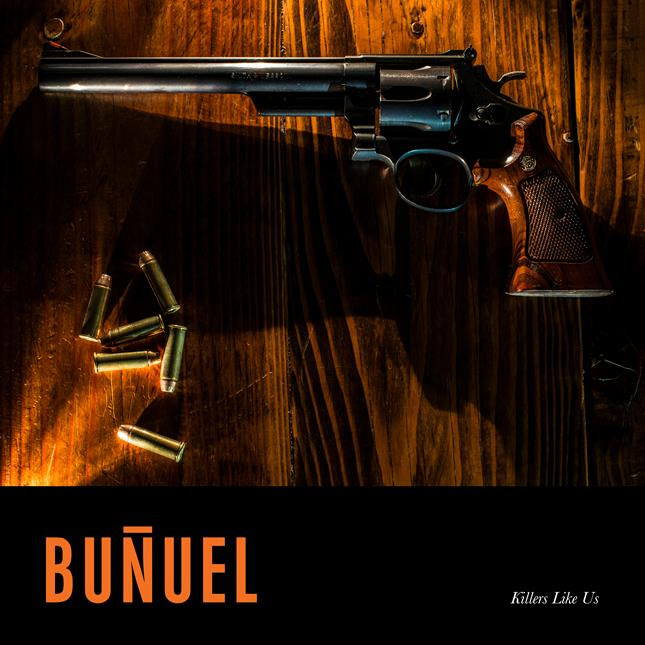 With their first two records appearing on Italy’s La Tempesta, for this their third, BUÑUEL is branching out to have Profound Lore Records handle the non-Italian speaking portion of the world. A development that will allow them play well beyond the stomping grounds of previous European tours, as seen in today’s announcement.

“Killers Like Us is dark and intense. Heavy as lead but quick on its feet, plunging your face into a cold world of sin and retribution. All the dark angels crowding around”. – THE QUIETUS

“A coming together of voice and instrumentation that deserves to be heard.” – METAL HAMMER

“They have a precise sense of how harsh buzzes, waves of Crazy Horse-level distortion and drum thunder can be sculpted into something truly beautiful – towering but never overpowering.” – THE WIRE

“A fearless head-charge into the dangerous terrains.” – SUN-13