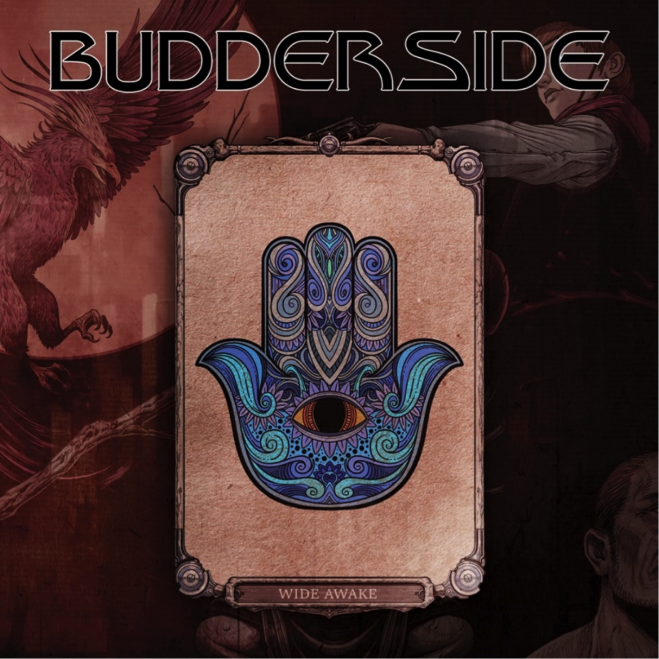 Los Angeles-based quintet BUDDERSIDE conjures high-energy alt-rock anthems which bridge the gap between the sexy swagger of the Sunset Strip and the soulful depths of Seattle on their forthcoming sophomore release SPIRITUAL VIOLENCE out March 26 via Motörhead Music/Silver Lining Music.

The band have unveiled the third single from the album with the striking track “Wide Awake” out today, February 19, available across all digital platforms HERE. The music video for “Wide Awake”—seen streaming below–was filmed at the abandoned Old L.A. Zoo in Griffith Park and shares an important story correlated to the single and album’s concept art.

“Every song always has a symbol, a visual story,” explains vocalist/founding member Patrick Stone. “‘Spiritual Violence’ lays down ten tarot cards, each representing a song. The story of ‘Wide Awake’ is one of manifesting your dreams, after a journey through Hell to reach them. The Hand Of Fatima is featured on the artwork for ‘Wide Awake’ and is the perfect reflection of this lesson. In the video, the band all pick cards from evil’s deck which reflect pieces of a puzzle that when all are in place reveal a greater destiny they share together.”

Getting to the abandoned location to film was a journey in itself as drummer Jeff Dewbray recalls. “I got to take my drums on a f*ckin’ hike through an abandoned zoo. And that’s just the beginning of the madness in these videos! ‘Wide Awake’ has always been one of my favourite songs in the live set and every damn time I count it in, I know hysteria is bound to break out.  I’m forever grateful for everyone involved and couldn’t be more excited to show you all this video!”