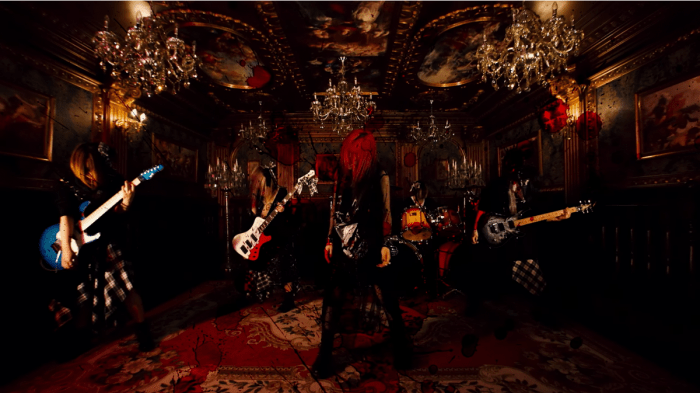 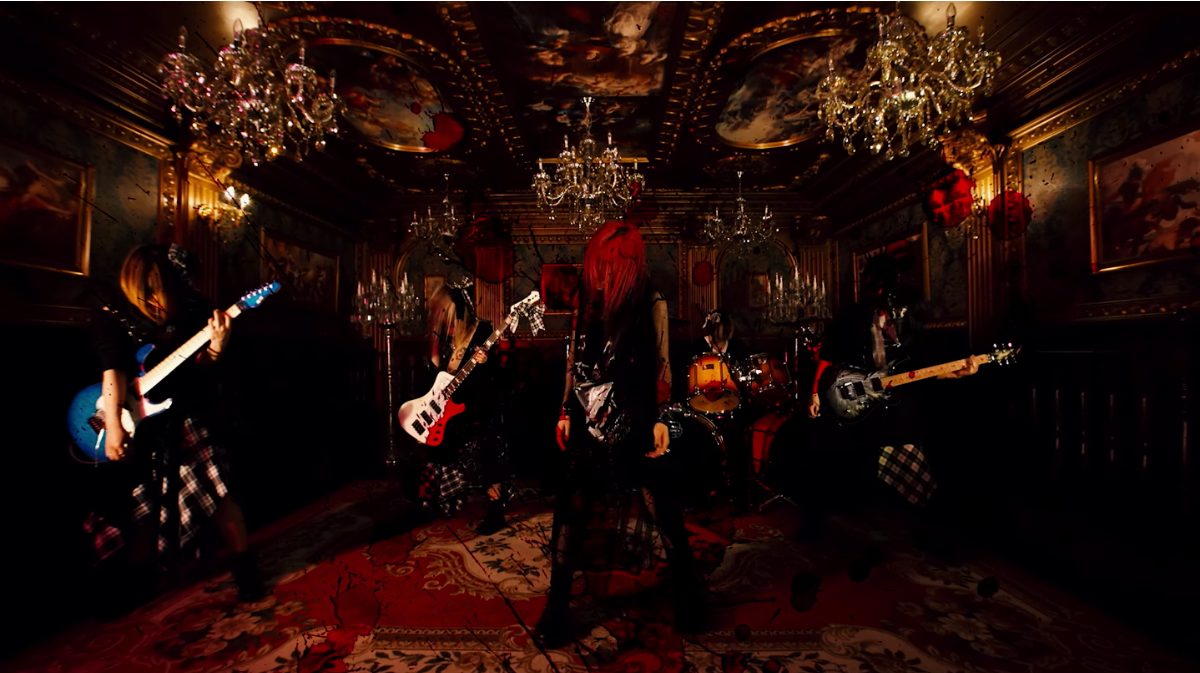 Japanese metal band BRIDEAR have unveiled a brand new video for their recent single ‘Bloody Bride’, the title track from their debut international album release out May 7th via Setsuzoku Records. Watch the video here and pre order the album here.

Brimming with big riffs and even bigger hooks all tastefully laced with both classic and J-metal characteristics, ‘Bloody Bride’ showcases everything that the band are capable of in one five-minute-long package. It serves as a whistle-stop tour of their vast musical ability complete with mesmerising licks, a relentless thrash-like pace and a surprising, unexpected dark turn that the new music video makes even darker.

“‘Bloody Bride’ is an intense tribute to our love of heavy metal history,” explains Haru, bassist and composer of the track. “Before we performed in London in 2019, we went to the site of the old Marquee Club where the New Wave of British Heavy Metal began. I was so inspired by the history of that music and of the mystery and lore of great cities so fantastic to us. I really wanted to express a fantasy world: a castle dungeon, demons, a trapped bride. We can’t wait to perform it live for everyone!”

Speaking on the video, Haru explains, “The video reflects the imagery and mood of the song. Heavy and haunting!”

Accompanying the video, the band have also announced ‘Global Metal Connection’, a very special on-demand Livestream event filmed from a limited capacity club in Tokyo. Featuring a support performance from fellow Setsuzoku Records artist IBUKI, the stream will see the band tearing through new material from the album for the first time as well as journeying into their back catalogue to perform fan favourites. The stream will be available for on-demand viewing from May 28th and details about how to secure a ticket are coming soon.

Formed in Fukuoka, Japan in 2012, BRIDEAR are one of Japan’s premier heavy metal bands and are setting their sights on the global stage. With diverse influences from German metal legends Helloween to British prog-pop pioneers Muse, the all-female quintet combine elements of power metal, progressive rock, and the melodic hooks of J-Pop to create a sound unlike any of their rivals from the Land of the Rising Sun.

BRIDEAR released their first EP Overturn the Doom in 2012, and followed up with their hit single ‘Light in the Dark’. They have been performing across Japan ever since where they have developed a dedicated following. International audiences soon discovered the video online creating a massive buzz and ever-expanding global hard rock/metal audience.

Following the 2016 release of their first full-length Japanese album BARYTE, the group continued to perform across their home country gaining a reputation for excellent musicianship and engaging live performances. In 2017, BRIDEAR performed in Europe for the first time and appeared at major conventions such as Mondocon in Budapest, Hungry and Made in Asia in Brussels, Belgium supporting their EP HELIX.

Having now performed in 11 countries, BRIDEAR has built a passionate fan base in the West while becoming a major label act in Japan for their 2019 album Expose Your Emotions.

In October 2019, BRIDEAR performed in London at METAL MATSURI, the first all J-Metal festival outside of Japan, with a stunning set winning more international fans and praise for their memorable performance.

The new track and video follow the release of their recent single ‘Daybreak’, an insatiably catchy introduction to their upcoming international debut album Bloody Bride. You can watch the band effortlessly perform ‘Daybreak’ in the official music video here. And all pre-orders of the album come with instant downloads of both tracks – ‘Daybreak’ and ‘Bloody Bride’.