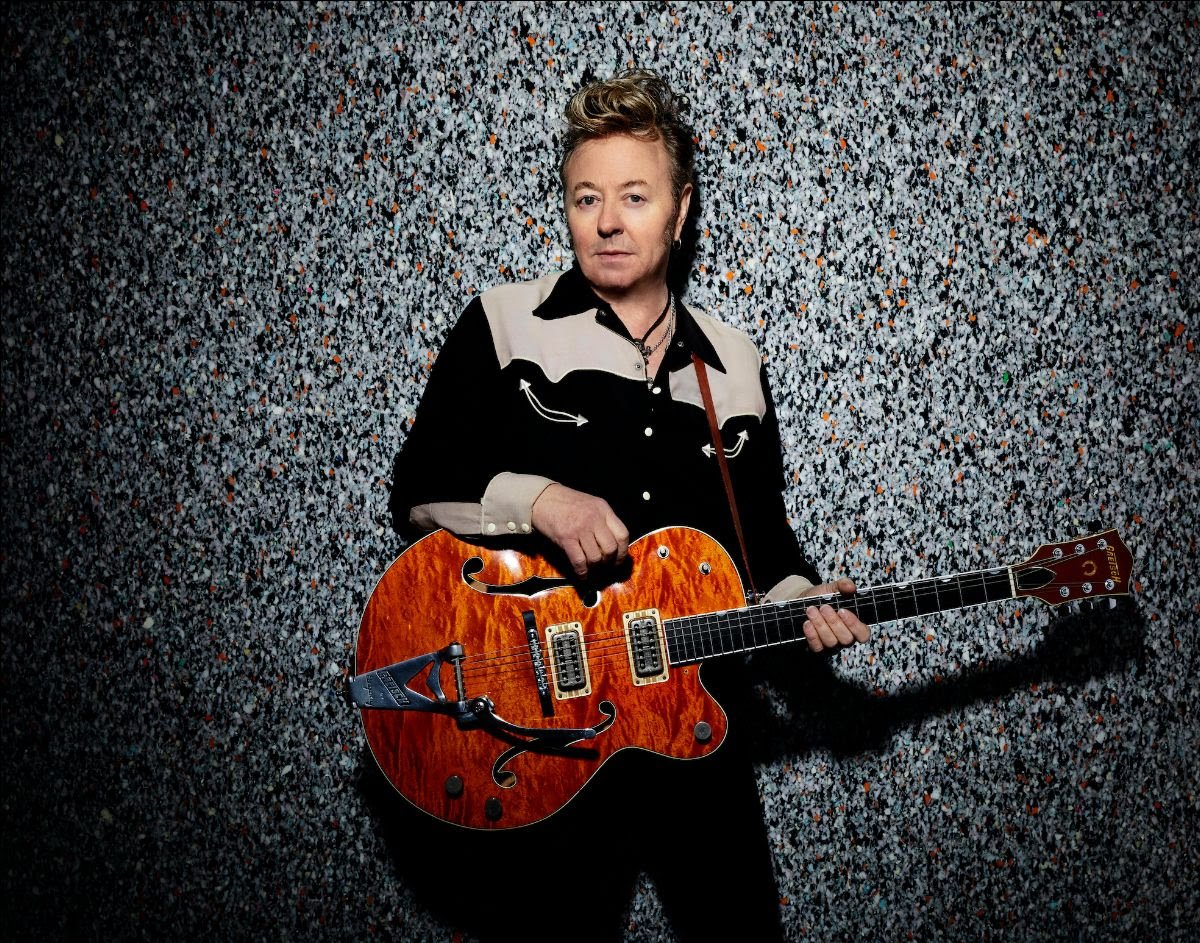 Most of you will know Brian Setzer as the lead singer of the 80’s rockabilly outfit the Stray Cats, or ‘the one with the blonde quiff and the Gretsch guitar’.  Either way, Setzer has also made a successful career as a solo artist, sometimes with his Orchestra but always with his trusty guitar armed with a tremolo.

This 11-track album is Setzer’s first in 7 years and is due for release on Surfdog Records on 27th August 2021 with all tracks being written or co-written by the man himself – no surprise for this 3-time Grammy award-winner.

The first track on the album and the first to be released earlier this year is ‘Checkered Flag’. Now if you’re familiar with Setzer’s music, you’d be forgiven for instantly thinking of the chugging V8 engine of an American Hot Rod – not forgetting the pretty young teen with painted red lips in fishnets waving the flag at the end of the race.

In true rockabilly style, the track starts with stomping tom-toms and bass topped with the echoing twangs of his guitar that slip in between the vocals as the riff steps up the scale to reach the chorus. A top track to start the album and with that driving fifties vibe it’s hard to keep your feet still.

The race continues into ‘Smash up on Highway One’, with an equally catchy beat as Setzer lays down the first of many solos that could easily charm a snake with not a Pungi in site. The alternating drumbeats work particularly well in this fusion of rockabilly, rock and swing and a track that purely demonstrates that Setzer can create any sound he damn well wants.

Moving forward, no album would be complete without a bit of a love song, or ‘one for the ladies.  Let’s face it, not all girls are hooked on the sound of revving engines or interested in ‘what’s under the hood, right?  ‘Drip Drop’ is that track and is short as it is sweet with soft melodies, female harmonies and a beat to make your heart skip.

It’s back to that good old rockabilly style for ‘The Cat with 9 Wives’ with slapping basslines, rumbling floor toms and colossal guitar solos that would make your fingers bleed.  And this theme continues for the rest of the album.  Even so, Setzer continues to reel you in with the rhythms, riffs and tunes that he invents on his Gretsch that seem to be incessant.

Last track on the album is ‘Rockabilly Banjo’ and does what it says on the tin.  A hillbilly sounding tune with brushes on the snare and bottleneck guitar accompanying the banjo.  A bit of a contrast to the rest of the album but fitting nicely at the end.

Setzer’s vocals remain as they were back in the days of the Stray Cats – as smooth as the finish on his guitar with a growl of a cool cat when needed.  It’s fair to say that if you’re a fan then you’ll know of his love of Hot Rods and old classic motorbikes which were bound to feature somewhere on the album, either lyrically or on the cover or both.

But one thing’s for sure, this cat has many lives to live and he ain’t finished yet!  Keep em rollin’, Brian…

BRIAN SETZER
TO RELEASE ‘GOTTA HAVE THE RUMBLE,’
HIS FIRST SOLO ALBUM IN 7 YEARS,
AUGUST 27 VIA SURFDOG RECORDS 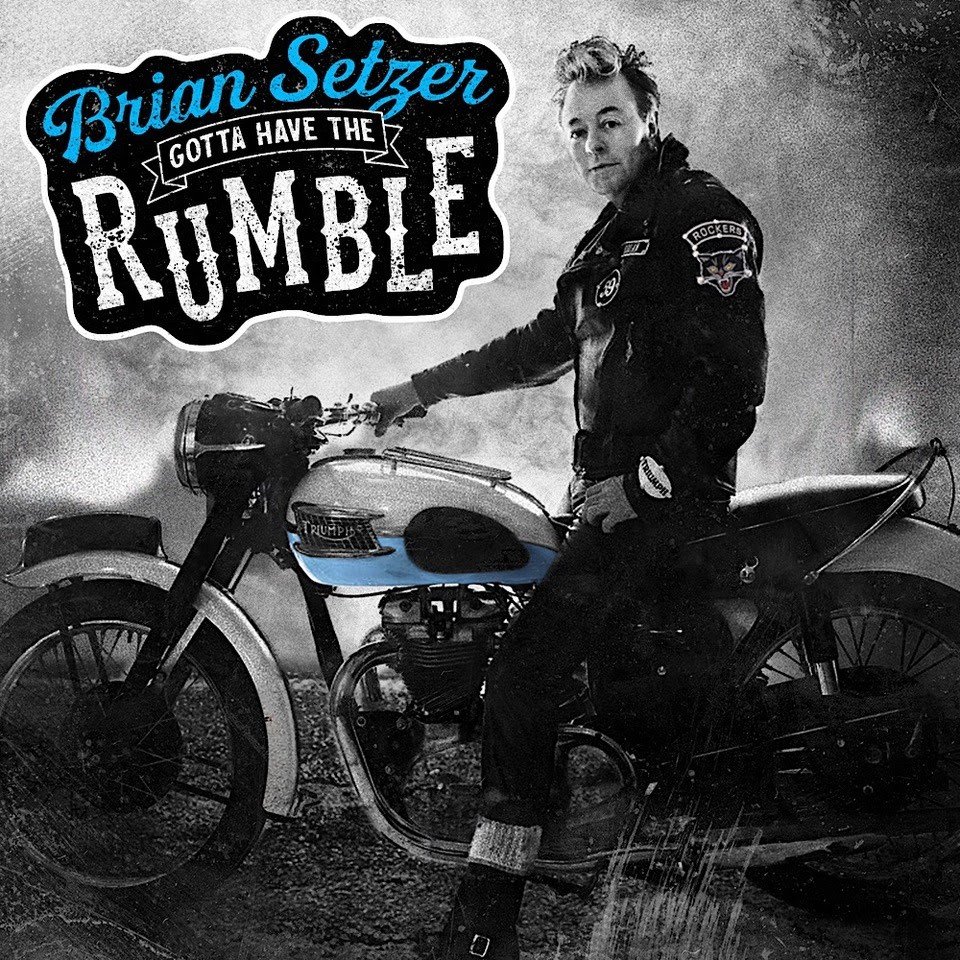