BRIAN RAY’S ‘GOT A NEW THING” 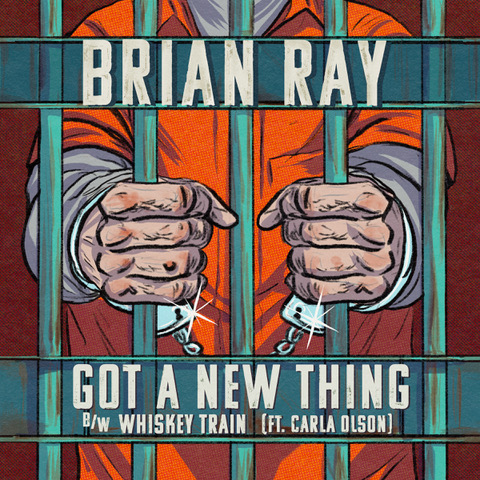 Guitarist/songwriter/singer Brian Ray continues his string of provocative singles with “Got A New Thing,” out now from Wicked Cool Records. The track was written, produced and arranged by Ray who sings, plays guitars, and keyboards on it. He’s joined by Weezer’s Scott Shriner on bass and background vocals along with Abe Laboriel Jr., Brian’s fellow Paul McCartney bandmate, on drums and additional vocals.

“Got A New Thing” is backed with Brian’s appropriately raucous take on Procol Harum’s “Whiskey Train” on which Textones doyenne Carla Olson is featured. Brian plays guitars, bass and keyboards. The single will be released on orange vinyl and available at brianray.com, wickedcoolrecords.bandcamp.com as well as digital outlets.

Brian Ray’s career has included stints as guitarist and musical director for Etta James as well as studio work with a wide range of notable artists including Steve Goodman, Rita Coolidge, Kelly Clarkson, Juanes, Willy Deville, Shakira and France’s legendary Johnny Hallyday. These were precursors to his ongoing tenure with Paul McCartney. As a member of “Macca’s” touring band, Brian is featured on guitar, backing vocals and bass, the latter whenever Paul picks up a guitar or sits down at the piano. Both Brian’s solo career and his work with The Bayonets, the band he fronted with Oliver Leiber, have been championed by Steven Van Zandt with heavy airplay on his Little Steven’s Underground Garage channel on Sirius XM, dating back almost a full decade. Six of his last single releases have been certified as LSUG’s “The Coolest Song in the World” including such recent releases as “Pirate Radio,” “I Ain’t Superstitious” and “One Heartbeat” featuring Smokey Robinson who originally recorded the song, penned by Ray, in the late ‘80s. Speaking of guests, The Bayonets’ “Vagabond Soul” featured Aerosmith’s Steven Tyler on vocals and harmonica.

“Got A New Thing,” explains Brian, “was inspired by garage pop’s ease in expressing exultation and the idea of righteous justice being meted out. It’s the “you’re gonna get yours” kind of expression found in so many great garage tunes.”  He went on to suggest the theme of the song is “about justice for the victims of sexual assault. It imagines the corrupt abuser being taken away in handcuffs and the victims going on to a new life, a ‘New Thing’, if you will.

“Got A New Thing” is out now, watch the new music video HERE.