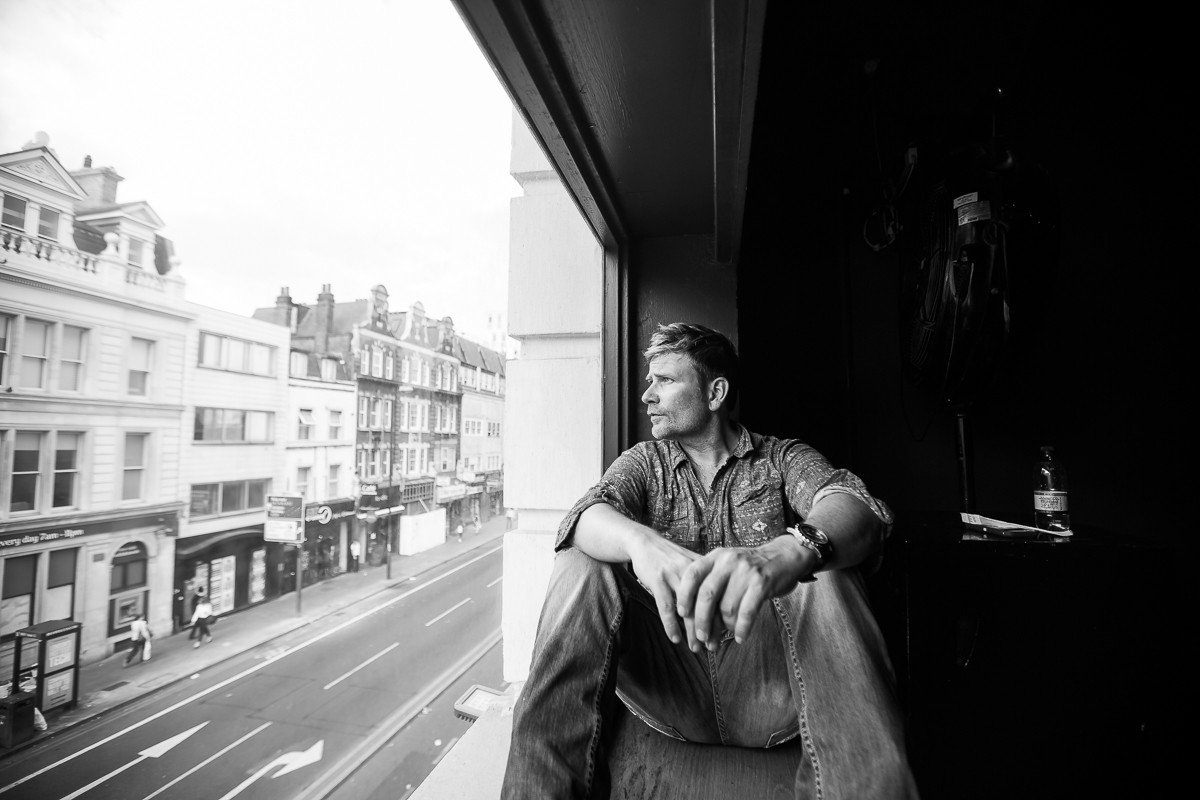 Today, singer/songwriter Brian Mackey has unveiled his new single “Saturday Night Sleeping,”recorded at Sony Tree Studios in Nashville, and written with his friends, musicians Jeff King (Reba McEntire, Brooks & Dunn) and Tammy King (Steeldrivers). The song embodies the deep sentiment of losing a loved one in the battle against addiction and opioid abuse, and draws from Mackey’s loss of his own son, Brian, to a heroin overdose on a warm Saturday night in May. “If you ever want to get down to the heart of a matter with someone with an opioid addiction who won’t take their addiction seriously, you could ask them which casket they’d like, or which rehab they’d like to visit. Because honestly, there are not many options for the addict. Jail, rehab, or death,” Mackey told Wide Open Country in the track’s premiere. “Writing it was hard. Recording it was hard. Singing it was hard. Reliving it is brutal. May 20th, 2018, my life changed forever.”

Just one month after his son’s death, Mackey embarked on a previously scheduled 16-city European tour with a crew who was not aware of what had happened. Mackey’s son’s ashes rode by his side over the ocean to be placed somewhere in Ireland at the start of the trip, laying to rest in a country he always wanted to visit.

With the release of “Saturday Night Sleeping,” Mackey hopes to raise awareness for mental health, opioid dependency, and addiction which has continued to grow exponentially during the COVID-19 pandemic due to isolation, loneliness, and loss of work and global normalcy. The goal is to combat the stigma surrounding these issues and start conversations so that those affected will feel safe enough to seek help.

Singer-Songwriter Brian Mackey voices what often goes unsaid with warmth and vulnerability that is reminiscent yet new. He’s often been told that he has a sound that combines a healthy balance of Folk, Pop, Rock, and Americana with a voice that is in the likes of the late Jim Croce. Originally from the northern Florida panhandle, Brian was raised on a diet of 90’s alt-rock and 70’s folk music. From a very early age, the youngest of three had an ear for music. His grandmother played piano, sitting in at local clubs, and his mother dabbled in songwriting. There was nothing Brian liked more than music. “I used to ‘steal’ albums from my brothers and parents. I remember listening to Queen’s Night at the Opera over and over and over. I never got sick of it, never got sick of listening to the radio or hearing new music,” he says. “I liked everything, it didn’t matter what it was as long as the musicians played instruments!”

Amidst the Covid-19 pandemic, Mackey released his single “Keep The World Alive,” written and recorded remotely as an anthem for 2020 and how the world as we knew it has changed-simultaneously with the loss of his brother. In a time when the pandemic has also changed the landscape of the music and live entertainment industry in its entirety, it was featured in American Songwriter Magazine, and the video garnered close to three million views on Facebook and counting.

MusiCares helps the humans behind music because music gives so much to the world. Offering preventive, emergency, and recovery programs, MusiCares is a safety net supporting the health and welfare of the music community. Founded by the Recording Academy in 1989 as a U.S. based, independent 501(c)(3) charity, MusiCares safeguards the well-being of all music people through direct financial grant programs, networks of support resources, and tailored crisis relief efforts. For more information please visit: www.musicares.org.