Brat-Punk Delilah Bon releases ‘I Don’t Listen To You’ – A TikTok sensation!

BRAT-PUNK’S DELILAH BON SHARES FIERY VIDEO FOR ‘I DON’T LISTEN TO YOU’, WITH AN ARMY OF TIKTOK FANS 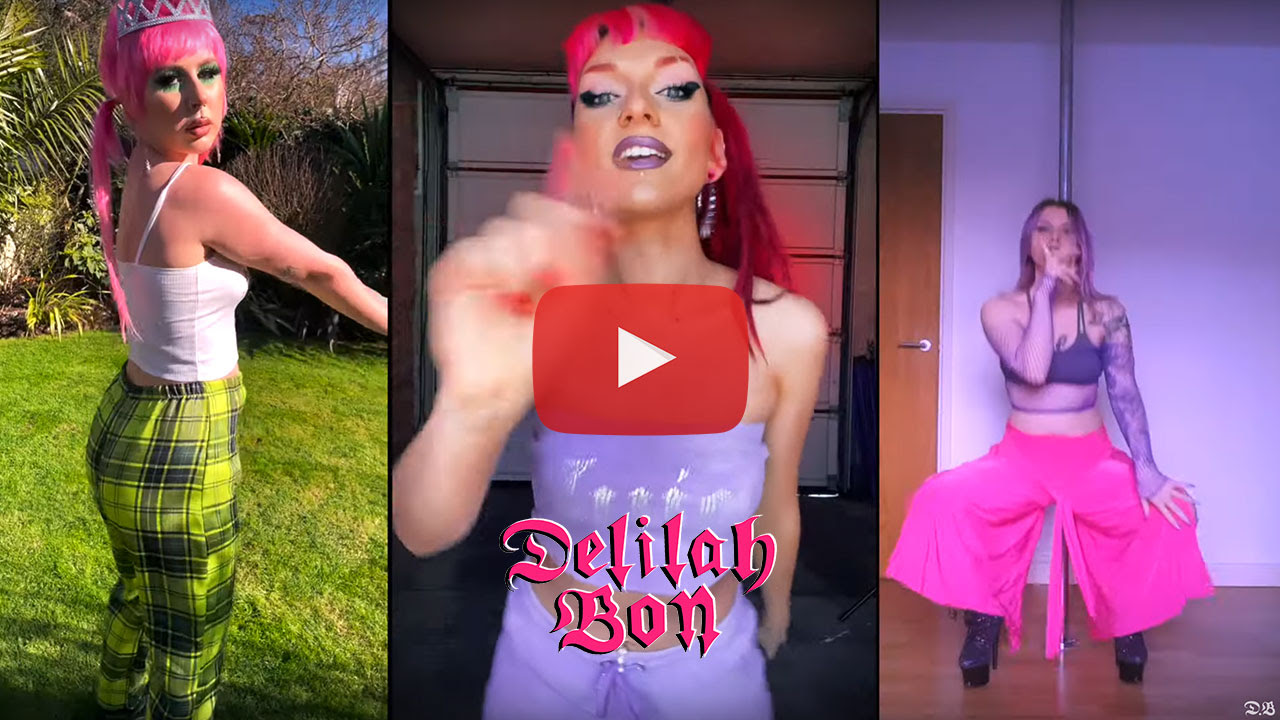 Built on the foundations of no-nonsense real-talk and a message of female empowerment, this new Brat-Punk artist is pricking up the ears and turning the heads of an army of women and young girls that love what Delilah represents. Her single stand up for women everywhere, and the accompanying music video landed on International Women’s Day, 8th March.
A properly gnarly, pedal-to-the-metal single, ‘I Don’t Listen To You’ destroys genre boundaries, fusing hip-hop, nu-metal, punk and everything in between. Fittingly titled, the outspoken message is everything Delilah represents, and the premise started by rounding up her own troupes. Originally a short video message for her TikTok fans, the video blew up overnight with thousands of views and responses. It was this solidarity that inspired Delilah to write and release a full track with an accompanying music video capturing women worldwide that resonated with her message.
Made by a woman, for women everywhere, Delilah delivers the perfect International Women’s Day anthem. On her new single, Delilah added:
“The song began as a short empowering message for my TikTok fans. It blew up overnight with other 60K views and hundreds of fan-made videos. My inbox filled up with girls begging me to release the full song, thanking me for the confidence the words gave them. I got to work and in 72 hours I produced an entire song. It was really an empowering moment for me as a writer and producer knowing my words were so important for people. I told my fans “I want to see you strutting your stuff, screaming along with me, I want you to own your sexuality and give the middle finger.”
Born from a relentless desire to create and express, as well as address issues women face in society, Delilah Bon is the alter ego of grunge artist Lauren Tate, the lead singer and guitarist of Hands Off Gretel. Renowned for her gritty lyrics, fuzzy guitars, gruelling basslines and stadium-sized vocals, this is no exception. Following on from singles ‘Bad Attitude’ ‘School,’ and the call to arms anthem ‘Where My Girls At?,’ Delilah’s already accumulated an onslaught of releases, clocked up hundreds of thousands of Spotify plays, YouTube and TikTok views and has a debut album on the way. Who wants in?