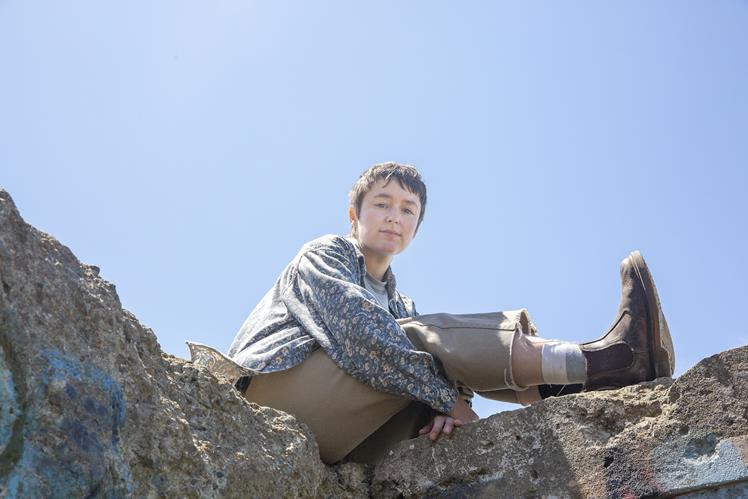 “While the music reminds me of the lo-fi aesthetics in the late ’90s of bands like Spoon and the Rainer Maria, her voice is a unique sounding beacon that leads you towards a light at the end of the tunnel. Follow it.” – Refinery29

“Taylor Vick’s songwriting is like a pillow for your soul. The Oakland-based artist behind Boy Scouts was one of last year’s best revelations with her ANTI- Records-released album, ‘Free Company’. Vick’s tender vocals and minimal-yet-piercing guitar make for sweet and catchy pop songs. Last month, Boy Scouts released a new single, “Wish,” and like ‘Free Company’, it’s an apt companion for humble, reflective evenings in.” – Paste

For Taylor Vick of Boy Scouts, writing and recording songs is a little like journaling, a way to make sense of the present and shuttle it off into the past. But her intimate compositions soon attracted a strong following of listeners. She may have been writing for herself, but she struck a far-reaching chord. Today Vick has released a stripped down version of the Roger Miller song “A World So Full Of Love”; composed remotely with her brother Travis who contributes backing vocals, listen to it HERE.

“Travis is a big Roger Miller fan,” Vick explained. “He covered his song ‘Not in Nottingham’ from the Robin Hood soundtrack which is how I got into his music. I heard ‘A World So Full of Love’ for the first time a few weeks ago and was immediately struck by how devastating the lyrics start out, paired with how bare the recording is.”

Last month Vick released the new single “Wish”, which was called “a more fully realized account of a lovelorn state than a lot of artists can muster,” by The FADER. She also recently debuted a new lyric video for the song. Directed by Ramez Silyan – known for the Lil Peep documentary Everybody’s Everything – SF Weekly called the video an “innovative take on the lyric video format.” Watch it HERE.

Her tightest and most cohesive collection of songs, Vick recorded her 2019 album Free Company in a tiny studio her friend Stephen Steinbrink set up inside a rented shipping container–a unique spot that ended up being perfect for her. “It’s a windowless little room, but that made me feel really comfortable,” she says. “We did it in the comfort of a weird, atypical recording space.” Steinbrink plays drums, synth, and bass throughout the record in addition to singing backup. It was the first time Vick had opened up her recording process to someone besides herself, and the inclusion of her friends (Rose Droll, Nikolas Soelter, and Chase Kamp also contributed to the album) helped her polish Boy Scouts’ indie pop sound to a sparkle.

This Saturday April 25 Vick will be performing a 7:40 pm PT set as a part of KALX Berkeley’s livestream festival.  All upcoming dates are listed below.