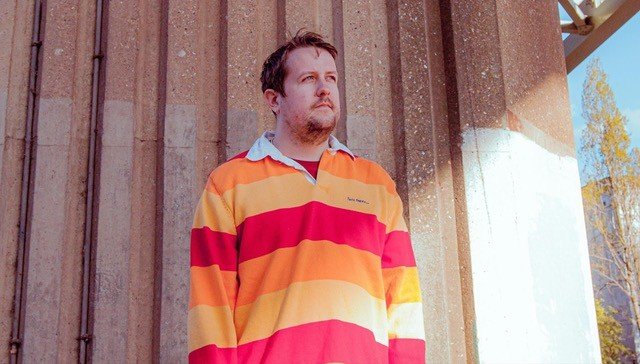 Aylesbury-based BOY! RACER has been hailed for his ability to create captivating, laid-back indie offerings. Continuing the trend, he today announces the release of his debut EP ‘Cutting Corners’ – out 28th September & shares new single, ‘Don’t Know What You’re Missing’.

Hot on the heels of the debut single ‘People Walk In Circles’, and taking influence from the likes of Her’s, Blood Orange and Porches – Richards melds elements of indie, synth-pop and electronica to create a tapestry of melt-in-your-mouth sound. His unique artistic lens works with his exceptional musical ability and ability to weave stories to create offerings that are distinctly his own, both socially and emotionally.

From his musical vision comes the new single ‘Don’t Know What You’re Missing’, a masterclass in addictive pop euphoria. Richards’ vocals soar over electronic motifs, bursts of synths and an infectious drumbeat. Throughout, he sings of the joy of spontaneous night out, marking it the ideal track for hazy summer evenings, where the mood is high, and the morning is miles away.

“Don’t Know What You’re Missing is probably the most upbeat moment on the EP,” tells Richards.  “It was the very first Boy! Racer song I wrote. When I was writing it in lockdown last year I was reminiscing about long hot summer nights spent out with friends, so August felt like the perfect time to put it out. It’s one of the more guitar focused songs – I really wanted to go for a direct, Strokes kind of thing, that early noughties post-punk style.”

The track is taken from Boy! Racer’s debut EP, ‘Cutting Corners’ – set for self-release on 28th September. Serving as an introduction to Richard’s impactful sound, the EP’s four-tracks meld seamlessly into each, whisking the listener away to a world of Richards’ very own volition.

“The repetition of life in lockdown over the past year made me reflect on the rhythm of my own life, and the people around me, before all of this happened,” he explains. “What I came to realise is that ultimately, your life is what you make it. If what you want is to change, only one person can make that happen.

‘Cutting Corners’ is, for me, a perfect introduction to Boy! Racer. I was really keen when developing this project to release a body of work early on – not just singles – to give people something to get their teeth into and really get a feel for what my music is about. Each song differs just slightly in style, in feeling, but I feel like they really represent the different facets of my sound nicely. Hopefully people enjoy it as much as I did writing it.”

Dripping in electronic, upbeat ambience – the EP’s four tracks begin with debut single ‘People Walk In Circles’ – effortlessly capturing the mundane of daily life via looping melodies and diligent drum beats combined to create an endless, mind-melting soundscape. Following is ‘If That’s Not Love’, a strikingly candid anthem surrounding the realities of a relationship and decorated with subtle synth patterns.

Ending the EP on a high is ‘Aquarius / I Need You’, a club inspired anthem which utilises guitar licks and pumping drum beats to create a track you can’t help but dance to. Each track is distinctive in style, but still manages to be interconnected; a testament to Richards’ ability to create.

For more information on Boy! Racer: