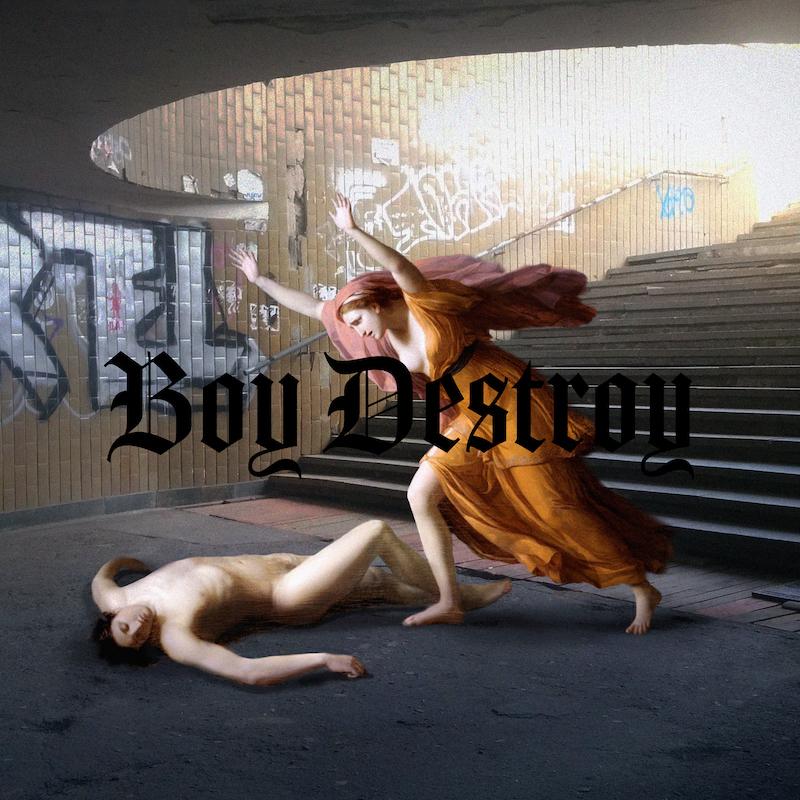 “Nowadays artists are refusing to be categorised and Swedish singer Boy Destroy is one of them.” – Wonderland

“This Swedish artist is attempting to change the face of alternative music.” – Rock Sound

“[He] plays up to his true love of grunge and emo music…whilst still feeling like the future. He’s a proper modern day musician.
Totally and utterly addictive.” – Jack Saunders (BBC Radio 1)

Today Boy Destroy shares his debut EP ‘Warpaint’, self-released via the independent label Loyalty Obsession and produced by We know nothing, alongside a video for ‘Favourite’. Stream the EP here.

Brooding and genreless, the accompanying visuals for ‘Favourite’, directed by Zoe Que, are a dark and twisted take on stereotypical pop videos. Playing with the concept of fame and fangirls, the video explores the phenomenon of an obsessive, one-sided and detached love affair where Boy Destroy is left disempowered. Watch here.

‘Favourite’ features on Boy Destroy’s debut ‘Warpaint EP’ – a multi-hued chronicle showcasing his genre bending prowess; influenced by 90s alternative rock which soundtracked his teens, as well as delving into legacy artists like Jeff Buckley and Joni Mitchell alongside modern emo and trap. The opening title track serves as a stellar introduction, addressing scars and the digital apathy of young lives, fusing into ‘You Don’t Want Me When I’m Sober’ which juxtaposes vulnerable lyricism addressing addiction with infectious pop sensibilities, commanding trap beats and punk guitar hooks. ‘Favourite’ sees Boy Destroy toy with acoustic guitar for a sample heavy slow jam that’s simultaneously commanding and sensual, indulging in primal instincts and putting your life on the devil’s altar. The confessional ‘As Time Goes By’ follows, supported by poignant keys and static trap beats, as ‘Beautiful Crimes’ shines vibrantly in a nostalgic alt-R&B meets emo ditty, where Boy Destroy confesses the part he played in a toxic relationship. The EP culminates with the transgressive swaggering shoegaze pop of ‘Lights Out’, yearning in life’s fleeting moments.

“My debut EP is an autobiographical collection of stories, and a look back on a certain aspect of my previous and sometimes troubled life.” Boy Destroy explains, “I’ve written many songs over the last few years, but the ones on the EP were written whilst I was getting out of some pretty tough times battling addictions and a messy life. I was trying to cope. I still am.”

He continues: “The songs are about the people that gave up on me as a consequence of my actions. Some I still love, whilst others instead gave up on me after I tried to quit poisoning myself. I’ve written about them too, people isolated from their emotions like islands. This story is as much about destruction and loss, as it is a story of forgiveness and forbearance. I’m still wrestling with my scars and my mixed up emotions, but I’m devoted. It’s about the boy destroyed.”

The artwork for ‘Warpaint’ EP was made by Ukaranian artist Alexey Kondakov, who fuses renaissance paintings with modern iPhone photos. The artwork is taken from Jean-Joseph Taillasson’s 1798 painting of the Greek myth Hero and Leander, depicting the tryst between Hero, a priestess of Aphrodite, and Leander, a young man from Abydos who lived on the opposite side of the strait. Leander fell in love with Hero and would swim every night across the Hellespont to spend time with her, and Hero would light a lamp at the top of her tower to guide his way. Their romance was cut short one stormy winter night when the waves tossed Leander in the sea and the breezes blew out Hero’s light. Leander lost his way and drowned, and when Hero saw his dead body, she threw herself over the edge of the tower to her death to be with him.

This tragedy could easily be taken from one of the many chapters in Boy Destroy’s story so far depicted in his debut EP; a dark, brooding and dramatic coming-of-age tale detailing both the harsh yet beautiful realities surrounding sex, sorrow, death, addiction, cheating, fighting, deception and dishonesty.

“To me, it’s shutting one door, but opening another one at the same time. It’s about someone that I was and trying hard not to be anymore, and about the journey of becoming someone else.”

In just under a year Boy Destroy has firmly solidified his unique identity within alternative music with a trailblazing approach to the genre, quickly securing support from BBC Radio 1’s Jack Saunders who after several plays made debut single ‘Warpaint’ his Tune of the Week stating “Boy Destroy really has a handle on big time pop music in 2020 with that real strong trap beat that glides over the top of the very lonely flux grunge guitar line. The lyrics are just stunning.” Rock Sound Magazine described the single as “a display of raw creativity and beautiful darkness that promises great things to come’”, and Alternative Press included him in their ‘50 New Artists You Need To Hear’ column proclaiming “Add ‘Warpaint’ and ‘As Time Goes By’ to your playlists and you’ll be able to say you heard Boy Destroy before he blew up with the 2021 release of his debut EP”, alongside securing further fans with Apple Music Radio 1, Wonderland, 1883, Upset Magazine, Discovered Magazine and Gigwise. 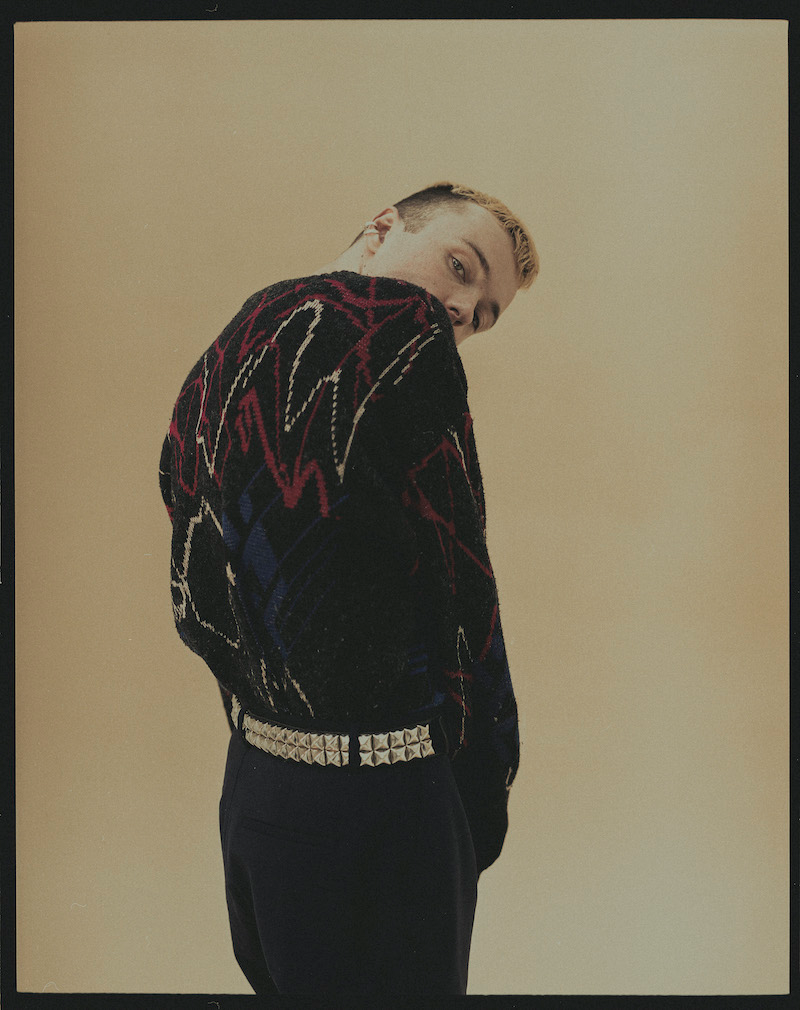 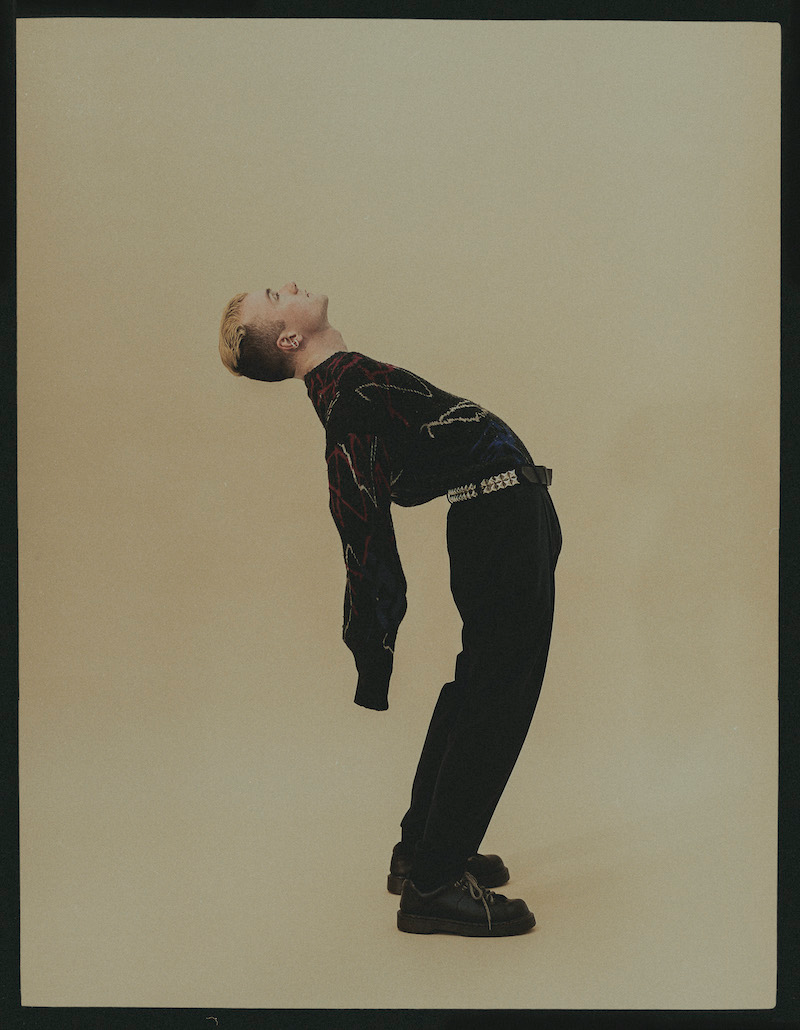