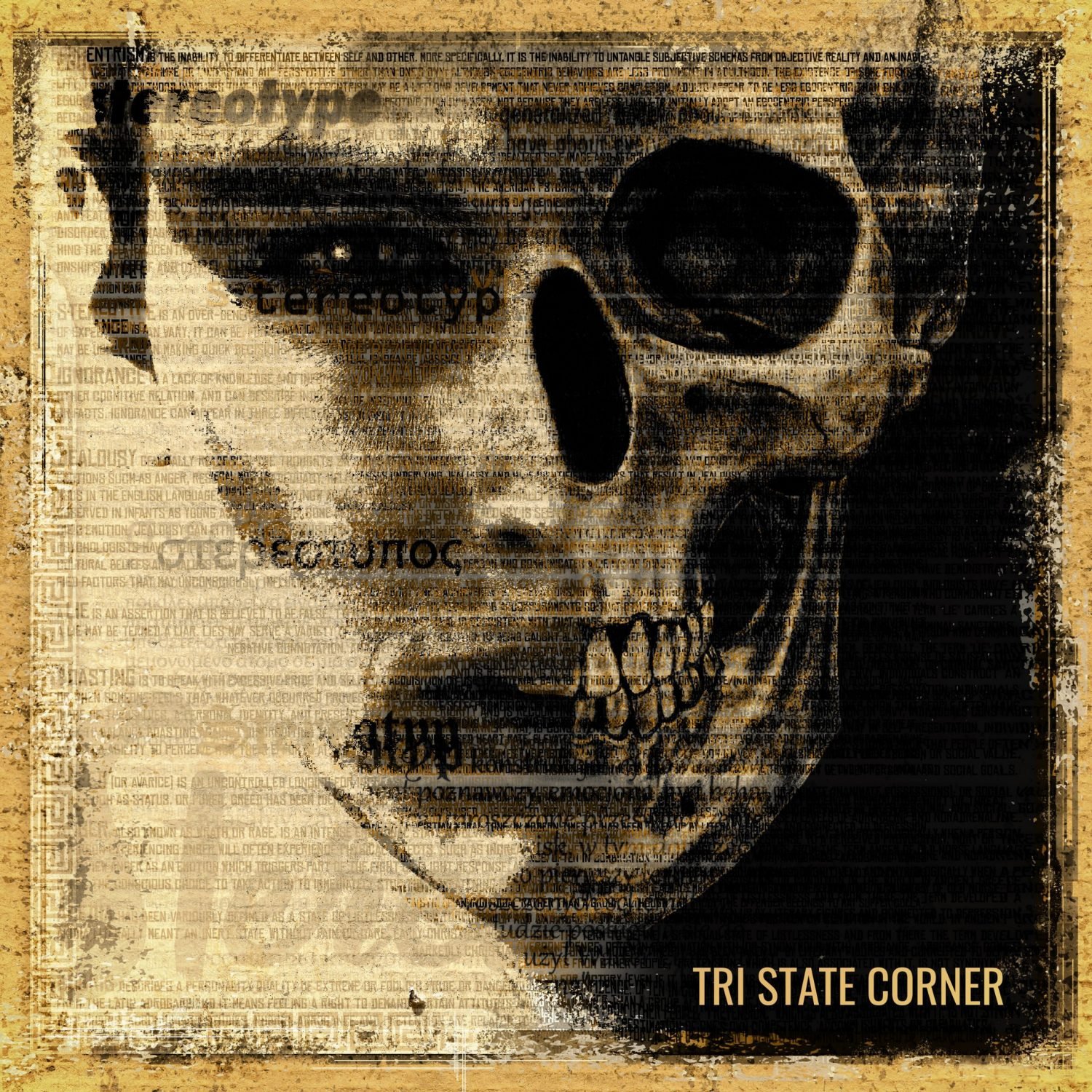 Check out the video for ‘Schemer’ here: https://www.youtube.com/watch?v=AmLwjL8ihgc

Tri State Corner has done something that seemed impossible nowadays: they created a new and unique rock sound – the Bouzouki Rock. Their origins of three countries, Germany, Poland and Greece, are reflected in their name, but even more in their music style and lyric poetry. They mix hard-rock tunes with sensitive, melancholic sounds in their compositions and gain uniqueness with the distinctive flavour of the traditional Greek Bouzouki. Having grown up in various immigrant communities, there’s a clear insight into their experiences and they express this with their lyrics. Cleverly mixing contemporary history with a very social, critical and modern view on today’s society.

After more than 600 live shows in 22 Countries on 3 continents and 5 releases, the four musicians have fixed their position in the Rock Music environment. As a consequence, the German Rock label DRAKKAR ENTERTAINMENT / SOULFOOD saw the potential and signed the band in 2013.
Tri State Corner has shared big stages with bands such as Evanescence, Lordi, Rage, Nightwish, Nazareth, The Sweet, Mothers Finest or Accept, were present in many TV & Radio shows as well as magazines, won music competitions and were produced by multi-platinum producers such as Fabio Trentini (Guano Apes, H Blockx etc.) or Tony Bongiovi (Bon Jovi, Ozzy Osbourne, Aerosmith etc.).

With their previous release in 2018, they completed their trilogy (Historia, Home, Hero) and presented the story in multiple international appearances in entire Europe, Japan & South Korea.
Right before the Corona Crisis started in 2020, the band began to work on new material towards their 6th release. After several months of songwriting and studio work, their next and most mature album was born and got the title STEREOTYPE…more to come soon