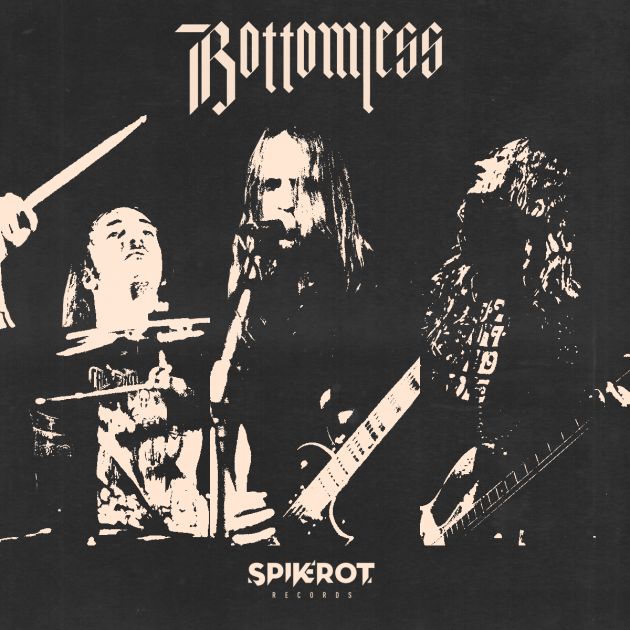 Debut album to be released July 16th on Spikerot Records

Italy’s doom metal heavyweights BOTTOMLESS are about to get set for the release of their highly anticipated debut album, out on July 16th via Spikerot Records! Featuring members of well known acts like Messa, Assumption and more, BOTTOMLESS are by far no strangers to the scene. Consisting of 10 tracks, the band’s self-titled release is exactly what you would expect to get from the experienced three piece – nothing but unadulterated doom metal straight in the vein of the ancient masters Black Sabbath, Saint Vitus, Pentagram, Trouble and The Obsessed!
After the previously- released track “Centuries Asleep”, the band just shared the second single taken off the upcoming album. Listen to “Ash” here:
“Once upon a time Tony Iommi and his three apostles cometh down to earth to grant us the power of darkness and the riff, so at this point we’re nothing but shadows dwelling under his iron sky. This earth will some day become a pile of ash and burning matter and this song is the soundtrack to the final chapter. Living backwards is the only way to save ourselves.“ BOTTOMLESS states.
Tracklist:
1. Monastery
2. Centuries Asleep
3. Bottomless
4. The Talking Mask
5. Ash
6. Losing Shape
7. Loveless Reign
8. Vestige
9. Cradling Obsession
10. Hell Vacation (Bonus CD/Digital)