Riding high from the success of their debut live performance at Bloodstock Open Air earlier this year,BORSTAL are set to return to the live stage with 2 upcoming shows in November on Friday 5th at The Black Heart Camden and Boom in Leeds Saturday 6th(Support TBC)

Joining BORSTAL for the London show is non other than Who Cares? & Dropset,who were personally selected by the band themselves… Regarding the shows the band state:

The band are also filming both shows in November for an upcoming promo video for their brand new 7″ single due for release through 4 Family Records/Rucktion early 2022. 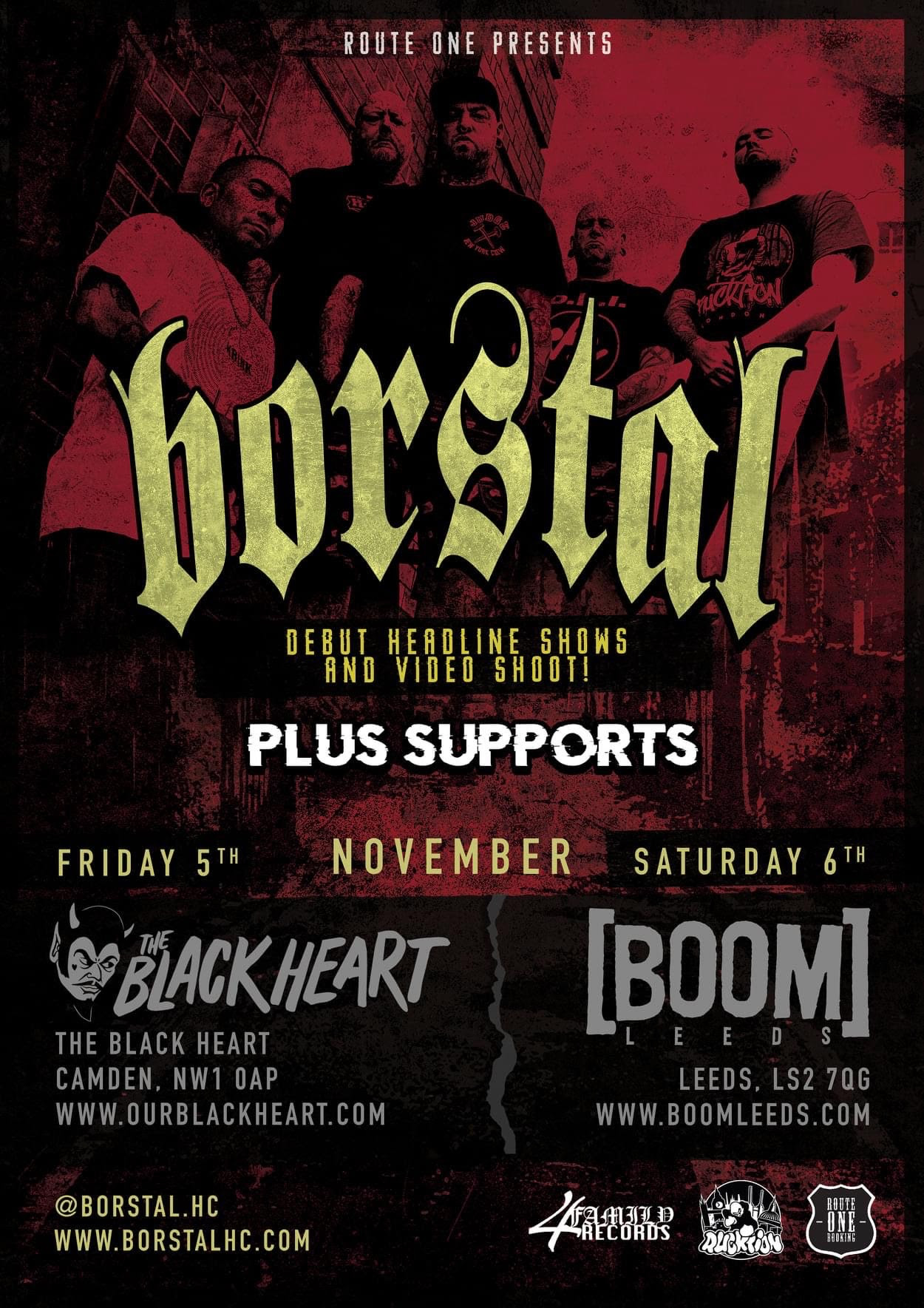