After the release of their 2019 album The Simulation Theory, Born of Osiris are back with their 6th studio release, Angel or Alien. With 14 tracks and an impressive 55-minute runtime as well as a focus on developing their songwriting further, I was excited to see how one of the most impressive modern metal acts have further pushed themselves.

Starting the album is Poster Child. With a heavy electronic presence alongside groovy, chuggy riffs that effortlessly got my head moving I was hooked from the first track. Up next was the first single for the album, White Nile, a Djenty, aggressive track with elements of Prog metal thrown into the leads and synth that create a complex yet surprisingly simple soundscape for listeners to absorb before diving into a very Polyphia inspired solo.

The third track of the album is the title track, Angel or Alien. Bringing the electronic influences to the forefront of the sound, the track features some of the best signwriting and musicianship of the entire album and was the final finger to clench around me that fully pulled me into the release.

As the album progresses, listeners are treated to a varied mix. Be it the unrelenting groove to be found in Oathbreaker, the pure chuggy, djenty riffs of Crossface or the Tech-Death meets Metalcore of In For The Kill, it would be an understatement to say this album has a ridiculous amount of range to it.

Born of Osiris have created potentially the strongest release of their career with Angel or Alien, from the insane level of musicianship to the sheer quality of the songwriting and production found within each and every second of the album. In short, if you’re a fan of Djent and Metalcore, this album is a must-hear.

Angel Or Alien Is Out Now Via Sumerian Records 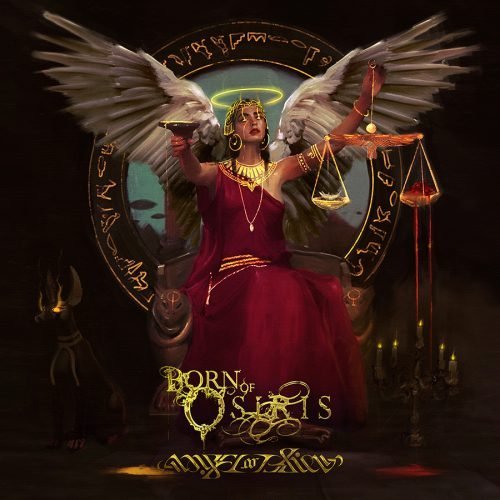 Born of Osiris is :