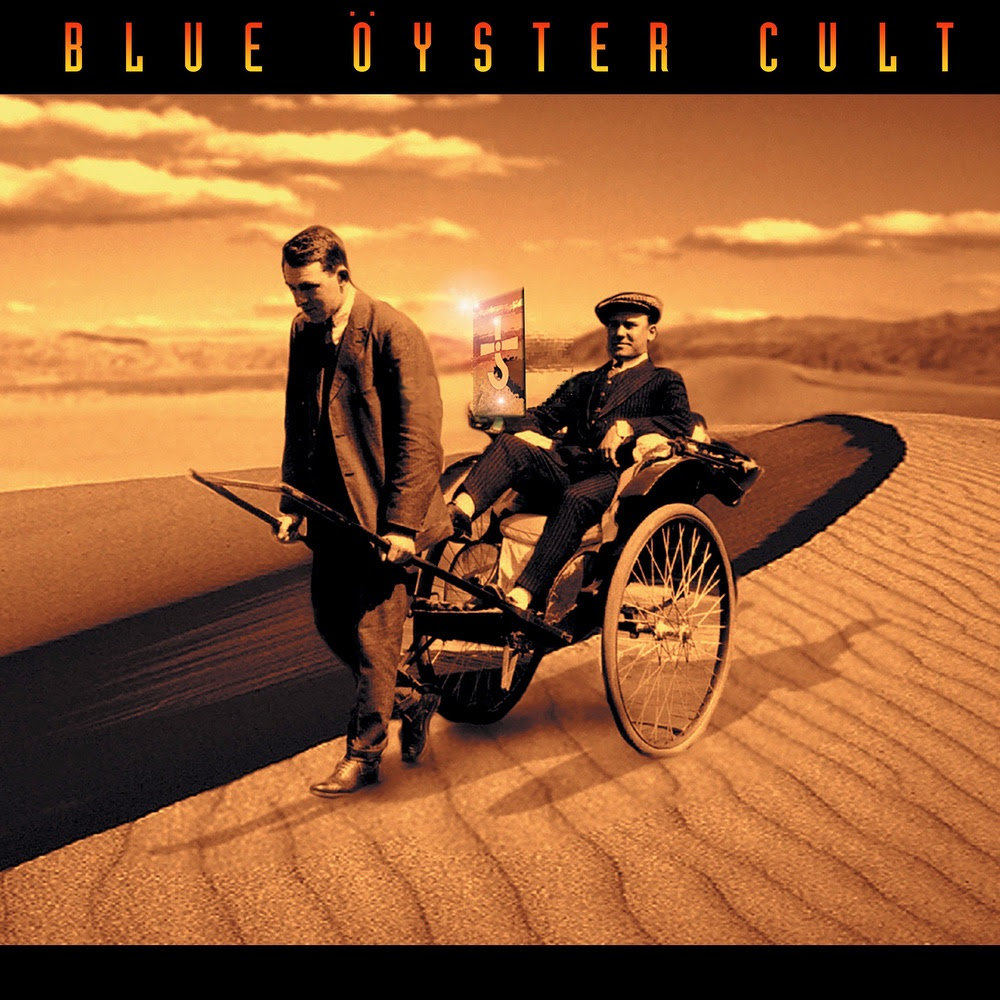 ‘Curse Of The Hidden Mirror’ was the 14th studio album by Blue Öyster Cult, originally released
in 2001 via Sanctuary Records. The album has been out of print for some time and this will also
be the first tine it has been officially made available on vinyl.
On their first album of the new millennium, BÖC proved that they were still smart enough to play
to their strengths, wearing their standing as 70’s classic rock legends as a badge of honour.
They took the album title from a song on an unreleased 1970 album by the Stalk-Forrest Group,
the band that would eventually become Blue Öyster Cult. Cyberpunk science fiction writer John
Shirley wrote the lyrics for several songs, while the music was typically classic Blue Öyster Cult.
CURSE OF THE HIDDEN MIRROR
TRACKLISTING
1  Dance On Stilts
2  Showtime
3  The Old Gods Return
4  Pocket
5  One Step Ahead Of The Devil
6  I Just Like To Be Bad
7  Here Comes That Feeling
8  Out Of The Darkness
9  Stone Of Love
10  Eye Of The Hurricane
11  Good To Feel Hungry
LINE-UP
Eric Bloom – vocals, guitars
Donald ‘Buck Dharma’ Roeser – vocals, guitars
Allen Lanier – guitars, keyboards
Danny Miranda – bass
Bobby Rondinelli – drums
Currently hard at work on new material for a studio album that will be released in 2020, BÖC’s
Eric Bloom recently stated that “the band is in the middle of creating new songs and recording them
in between tour dates and, as they evolve in rehearsals and soundchecks, we hope to drop a
song or two into our live shows soon. Everyone is involved in the writing and arrangement of the
new material and we’re all excited about the prospect of a new BÖC album.”
BÖC will tour the UK in October 2020, including several shows with Deep Purple.
With a history spanning almost five decades, Blue Öyster Cult has a long history of success and have
sold almost 25 million records worldwide. Songs like ‘Burnin’ for You’, ‘Godzilla’, ‘Astronomy’ and
‘(Don’t Fear) The Reaper’ are true classics and staples of the classic rock genre. Often cited as a
major influence by some of the biggest names in hard rock and metal (including Iron Maiden and
Metallica), the sound of Blue Öyster Cult has evolved through the decades, touching hard rock,
heavy metal, progressive and psychedelic rock. They are often referred to as “the thinking man’s
heavy metal band,” due to their often cryptic lyrics, literate songwriting, and links to famous authors.
blueoystercult.com
facebook.com/blueoystercult
tour dates
blueoystercult.com/Road/OnTour.html
ABOUT FRONTIERS MUSIC SRL
Originally founded in Naples, Italy in 1996 by Serafino Perugino and his father Fernando as a
distribution company, Frontiers has developed into one of the premiere independent rock labels in the
world. Synonymous with quality music from across a broad spectrum of rock genres, the company has
worked with multiple genre heavyweights and fan favourites. Aside from providing a home for classic
artists from the 1970’s and 80’s, it boasts a wealth of young, up and coming talent that, with a savvy
and forward thinking A&R and marketing approach, will be developed into the future of rock and metal.
With a deep commitment to and passion for THE MUSIC and the artists who create it, plus massive
global distribution, sales, marketing and publicity channels, Frontiers is the premiere home for both
established and emerging rock artists.
Head Office: Naples, IT | U.S. Office: Nashville, TN
Subscribe to be alerted when new videos are added:
radi.al/SubscribeFrontiers
Follow the ‘Newest From Frontiers’ playlist on Spotify:
spoti.fi/1rQz5Zm